Time For An Eye Test

Dominic Cummings plays a Bank Holiday Monday gig in the garden at Downing Street to attempt to explain himself. He is heckled by the assembled press and although they are probably tempted to bottle him off sadly they don’t.

It sort of makes you feel sorry for the Neil Ferguson, the epidemiologist who was forced to resign from the Sage committee for not leaving the house but for having his lover round. Perhaps it was because Ferguson was testing more than just his eyesight. 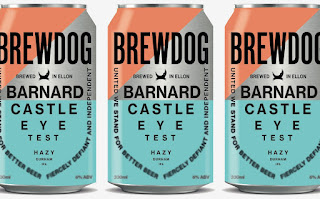 I have a bit of a dodgy knee, so I do tonight’s run without the Lad. I run over the new bridge that connects University Boulevard to the Boots site. It’s quite an interesting route but my knee doesn’t seem to like it and I limp home. A rather disgusted Lad sits on the stairs the whole time waiting for me to return.

As I think I’ve said before, L and I may come out of all this more intelligent. We have now watched the entire first three series of ‘Who Wants To Be A Millionaire’ along with countless later repeats on the Challenge Channel.

Thursday brings the 10th and last Clap for Carers. While L's sister is now working as a contract tracer or rather not working because the system doesn't appear to be ready yet.

On the night when I may well have been off to watch Gene Loves Jezebel on their 40th Anniversary Tour instead I am sat at home watching one of those annoying Meerkats introduce a virtual gig involving four fifths of Take That. I suppose beggars can’t be choosers in Lockdown.

Mercifully they keep it short, to just six songs, with Robbie Williams turning up late and only joining from the third song onwards. Mark Owen, for some reason, sings with a ladder which may or may not have been the replacement for the permanently retired Jason Orange.