Today I am doing my seventh Robin Hood Half Marathon, L is doing her ninth while Daughter and L’s sister are doing their first.

L also did the Marathon back in 2003 but sadly there is no Marathon at all this year. Yet they are still promoting the races as 'Marathon Events'...

The organisers have admitted that runners found the Marathon route boring and that there were not enough spectators around to cheer them on. Of course this sort of feedback from competitors was meant to spur the organisers on into organising a better Marathon, probably as a standalone event, but instead they have thrown the towel in. So no Marathon this year which must leave Nottingham in the embarrassing situation of being the largest UK city not to have a Marathon. Hopefully it will be back soon.

What Nottingham does have is a pretty decent half marathon course with a few challenging hills packed into the first three miles followed by the rewarding descent of Derby Road leading on to the remainder of the course which is predominantly flat-ish.

I have to be pleased with my time of 1:44:22 which is thirty seconds up on last year and my second quickest on this course behind a 1:43 in 2016. My fastest ever Nottingham was an insane 1:36 back in 2010 but that was on a very different course.

L and her sister run together but they are both trailing in Daughter’s wake who runs 2:23 at her first attempt. What’s more she even seems to enjoy it.

I could potentially have been even quicker had it not been for a game of hunt the Father. My Dad was supposed to be watching from Crown Island but could I or anyone else find him? Nope. I did briefly lose contact with the 1:45 pacer while I scoured the bushes for him but I did manage to get back on.

The post-run celebratory pint has to wait a short while as the Lad has his training at 4:30pm.

We start the week by getting plastered. I just hope the chap doing it is better at getting plaster on the walls than he is getting his van on our drive. At least he tells me he is happy with L's stripping as he gets down to work. We leave Daughter plasterer sitting or rather trying to prevent the dogs getting plastered.

Monday night’s dog training is declared a puppy session and two people we haven’t seen for ages promptly turn up with their new dogs. So it’s puppy mayhem and the Lad thinks he’s in heaven e.g. I can’t get him to concentrate on anything.

On Tuesday Derby are away at Manchester United in the League Cup. I pay for a day’s worth of Sky Sports (oh the shame), so that I can watch. I advise L that she may wish to be out for the duration but I think even she is looking through her fingers as Derby win on penalties.

I manage to bike Wednesday and Thursday but tennis is off as my opponent is away. So L is the only one on court this week. While watching her session, I can see why we struggle to get an indoor court on a evening. Of the eight courts, three are taken up by lessons and a fourth with a cardio tennis class.

L plays again at 4pm on Friday. Does even Serena train this often? On Friday we also do our 6am run.

Then in the evening we’re off out on the razz. It’s one of our neighbours 75th birthday party at the Beechdale pub. Not a place we’d normally frequent but it’s nice to live life on the edge occasionally.

L picks him up a Party 7 as a birthday present or at least the modern equivalent. In this case, Adnams Ghost Ship. We should have took it with us as at the party there’s a buffet but no beer. Amazingly, despite advertising three ales, the pub has run out of cask beer on a Friday night. I resort to bottles and we watch our neighbour drinking lager all night but he says he’ll cope with his Party 7.

I then spend Saturday morning arguing with my optician about the un-recyclability of his contact lenses solutions. He supplies us at least 100% more than we need, in bottles that cannot be emptied without stabbing with a large knife and are made of plastic that cannot be recycled. He is as immovable as am I. 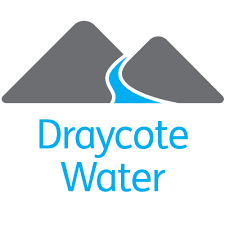 L, Daughter and I head over to Draycote Water today which is near Dunchurch, not far from Rugby. They have a ten mile race which is good training for all of us even though it is just multiple laps of their reservoir. The reservoir is more suited to the regular 10ks they run as it is 4.7 miles round. Although even their 10ks require ‘a bit more’.

So the course is two laps plus ‘quite a bit more’ e.g. a nice warm up run to the start which we need as its raining. There is also a twenty mile option which involves four laps and an even bigger warm up.

It turns out to be not too bad. The rain eases and the tarmac is nice, Yes, it’s all tarmac. It is a bit undulating but I don’t mind that.

I’m also happy with my time of 1:20:41 which is in the right ball park for a 1:45 half. Even the girls seems to enjoy it. Now for next week, when it's Daughter’s first half marathon...


There is no dog training this week, not for the almost retired MD nor his young protégé, as I have a committee meeting on Monday and Derby have a home match against Blackburn on Tuesday. Both are largely uneventful and the latter a 0-0 draw.


On Wednesday I manage to cycle and then, while L heads off to visit her folks, I spend the evening emptying out the back room ready for the plasterer who is coming next week. This is quite a skilled job. No, not the plastering, the emptying. You try moving wardrobes while chucking balls for two dogs without managing to squash one of them in the process.


To be fair to the Lad, he tries to helpful and brings in the washing off the line even though it isn’t raining. L says he did that in the morning as well but probably more as a distraction so that he could ransack her bag and pinch her apple.

I get in early to book our accommodation for next year’s Great North Run. Sleeperz have put their prices up so I have dumped them and booked with Motel One. Which was just down from the Please To Meet You pub where we ate.

Thursday is tennis in the greenhouse again and on Friday we repeat the 6am dog run. Although we were either a bit slower running or slower getting out of bed as I missed my bus but, as it's blowing a gale, cycling wouldn’t have been much fun.


On Friday evening we celebrate my Dad's 90th Birthday at the Golden Dragon in Shardlow. Then on Saturday we do Forest Rec parkrun and  afterwards L does her 1-to-1 tennis training.