Back to work today but just for two days. That's the kind of short week I like.

The weather is miserable, so I’m on the bus. L is even more miserable, she hasn’t been paid.

Penance for not cycling is of course a Watt Bike session in the Gym. L checks whether I’m going through with it. Of course, it’s in the diary '5pm – 20km Watt Bike session'. L’s diary says 'Keep out fridge' which is code for gym I believe.

Kit Kats But Not As We Know It

It was Son's 25th birthday yesterday. Blimey, what an old git. So, as it's a Bank Holiday today, we go over to Leamington to the White Horse, for what must be (appropriately) the 25th time, for a late lunch.

They have yet another new menu and the lamb steak I have is possibly the best meal I've had there yet. It’s small though, so I munch through some of my late arriving birthday present on the way home. These are Japanese Green Tea flavoured Kit Kats, very odd but somehow very addictive. 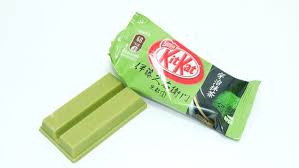 I also get a a bottle of something Japanese which may, or may not, be beer but no one is sure. L is made to wait for her pressie, as it’s not been ordered yet...


Day two of the Nottingham dog show at the Newark Showground where my entire morning is spent organising, persuading, cajoling, consoling... and a lot of hanging around. Yes, it’s the Crufts Team Event.

L keeps well out of the way and goes to aquarobics instead but without a towel, she’s always doing that. Secretly she’s such an exhibitionist.

So I have four teams, sixteen team members and we achieve just one clear round between us. Not great. Premiership managers have been sacked for less, much less. Perhaps they’ll sack me?

MD’s team run was decent with just a minor tunnel mishap that I sort of predicted as it was case of me being on his un-favourite side for either the weaves or the following tunnel. I deemed it less catastrophic to mess up the tunnel. Apparently he did all his contacts, at least that what the judge said. I wasn’t so sure but it’s not my opinion that counts. It’s not often that disagreeing with the judge goes in my favour.

He then goes and misses them all in his individual agility run.

In fact we are eliminated in all three of our individual runs today, so no rosettes to take home. Where we then head to spoil L’s peace and because I need a beer or two.

We head to the Lincolnshire Poacher for a couple and then the Golden Fleece for a few more, clocking up a few dark ones on the way. Then it’s the usual takeaway from the Park Tandoori.