Tonight’s support seems particularly well chosen as the Dead Freights from Southampton fit tonight’s vibe very well. They hit the stage with an energetically punky set that has levels of volume and bass not seen since the Health and Safety free 1980s. I’m going to be very deaf tomorrow. 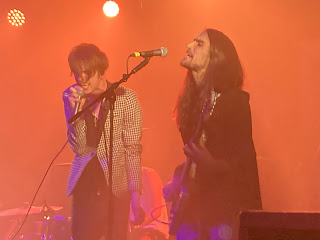 With the Libertine’s Gary Powell producing some of their material and vocalist Charlie James having more than a bit of Pete Doherty about him, there’s plenty for the crowd to relate to as they warm us up nicely for the main event.

That main event is The Libertines catchily titled Giddy Up A Ding–Dong Tour which finally makes it to Rock City. Postponed from December due to Pete Doherty experiencing a non-Covid respiratory infection while Carl Barât tested positive for the real thing. 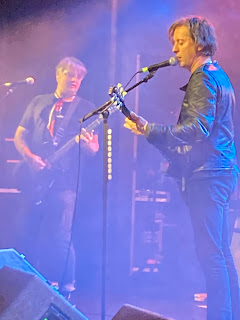 Now 25 years after they started the new Libertines take the stage on time, cut out the messing around and don’t even look sloshed. Perhaps they’re finally growing up a bit.

Naturally Pete Doherty still looks like he’s just rolled out of bed and to be fair he could look healthier. Although that is probably more to spreading waistlines these days rather than anything more sinister.

Musically though he and everyone else is on form tonight and we’re straight into the debut single ‘What a Waster’ from way back in 2002. That is followed by ‘The Ha Ha Wall’ and ‘Up the Bracket’ before arriving at the brilliant comeback single ‘Gunga Din’ which now itself dates back to 2015. 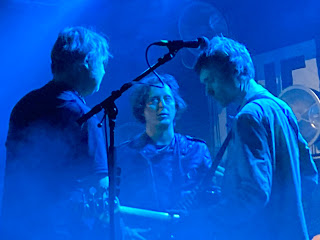 It is quite an achievement to have been in existence for 25 years in total, 20 since your debut single, and yet to have produced only three albums. At least most people will be getting to hear what they want to hear tonight which may have been more difficult had they say at this point released a dozen or more records.

They ‘may’ have grown up a little but the music still remains a little rough around the edges but now it looks more deliberate rather than accidental. 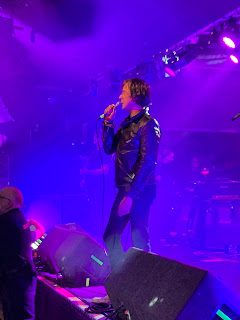 After each salvo of livelier numbers they slow things down with the likes of  ‘What Katie Did’ and ‘You’re My Waterloo’ back to back. Another slow pair of ‘Begging’ and ‘Music When The Light Go Out’ come later. That’s the pattern they follow through a set of 16 songs before they return for an encore of five more.

Closing with ‘Don’t Look Back into the Sun’ into a rambunctious ‘Time for Heroes’ they send everyone home extremely happy.

Are they growing up a bit? Yeah, I think so.
Posted by FitForNothing at Monday, February 21, 2022