Good Friday brings a tennis match between L and me where I have to deal with her brutal double-handed backhand, which is deadly when it goes in. I scrape through in two sets.

In the evening we are at Broadway to see the film 'Wild Rose'.

Rose-Lynn Harlan (Jessie Buckley) is a single mum from Glasgow out of jail on licence, hiding her electronic tag beneath her cowgirl boots and with the slogan ‘three chords and the truth’, the definition of country music, tattooed on her arm.

She announces she is back by dragging her sometime boyfriend out of the bath and taking him to the park for sex before going to see her mother and then finally her kids. She doesn’t see herself as parent, certainly not a responsible one. She sees herself as a Country singer foremost with a fervent desire to reach the Country capital of Nashville, Tennessee although the court imposed 7pm curfew severely restricts her gigging opportunities. 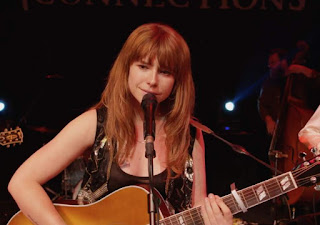 Her mother, Marion (Julie Walters), meanwhile just wants her wayward daughter to settle down and take care of her kids. She is persuaded to take a job as a cleaner for the extremely well-off Susannah (Sophie Okonedo) who catches Rose singing and further fuels her fantasies by arranging a meeting with Radio 1 legend Whispering Bob Harris (playing himself). 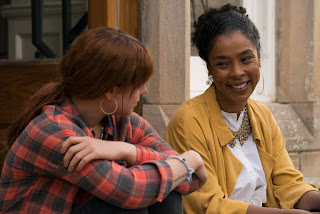 Susannah then sets up Rose and her backing band, whom she seems to have wrapped around her little finger as they turn up whenever she needs them, with a gig to fund her trip to Nashville. The problem is that Rose hasn’t come clean about her criminal record or told her employer she has children. Susannah’s husband has already seen through her and it all soon comes crashing down.

When she finally makes it to Nashville it with money from her mother’s life savings which she donates to her. However Nashville turns out to be not all that it's cracked up to be and cures Rose of her that particular itch leading the film to its inevitable happy ending. 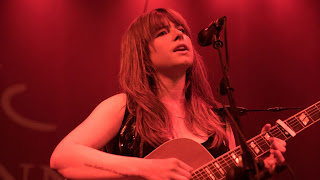 Unfortunately, the plot has far too many illogical 'why' moments. Why did she do that? Why didn't she do this? Situations that surely the clearly intelligent Rose, and for that matter Susannah, would have thought through much better. That said the film is very enjoyable, well delivered and very well sung. 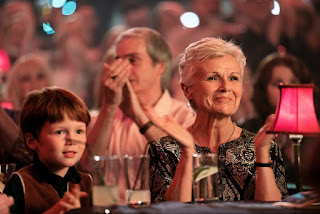 Unbelievably this is only the multitalented Buckley’s second film. She was excellent in last year's ‘Beast’ and also starred in the BBC's ‘War and Peace’, after originally making her name on the BBC’s ‘I’d Do Anything’. Here she shows not only what a great actress she is but also what a fantastic singer she is. Her kids are excellent too, particularly her daughter who is totally deadpan throughout.