We go to the cinema on Sunday afternoon. Yes, afternoon. So it must be a Rom Com? Indeed. So why am I here? Perhaps it’s because there’s a great plot idea that comes with it. Yesterday is a collaboration between Richard Curtis and Danny Boyle.

Jack Malik (Himesh Patel) is a wannabe rock star from Lowestoft, who works in a warehouse and plays the occasional gig in local pubs. Although he did once play on a minor stage at Latitude to about half a dozen passer-bys.

At the start of the film he is hit by a bus while the world is experiencing some sort of cosmic blackout... He comes to in a parallel universe where the Beatles never existed. Other things have been erased too but sadly there are very few diversions into this territory. 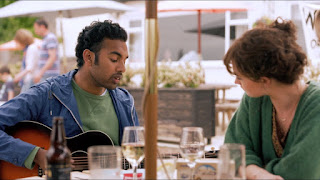 He finds out about the Beatles-less universe when he plays ‘Yesterday’ to his mates, who are stunned at his brilliance, having never heard the song before. It appears that he is the only one who remembers their music.

Being the only person to have the entire Beatles back catalogue in their head is only the second greatest thing that has ever happened to him. The first being that his best mate and manager by default is Ellie Appleton (Lily James) and she is totally in love with him. 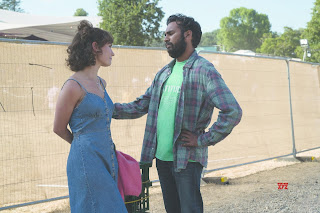 Jack now starts to painstakingly recreate as many Beatles songs as he can from memory, as Google is no help whatsoever. While Ellie, who also organised his Latitude gig, sets him up with Gavin (Alexander Arnold), a local music producer, who records a demo of his new songs. 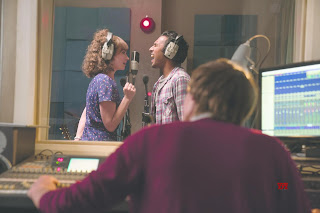 This gets him onto local TV where he is talented spotted by none other than Ed Sheeran, who asks him to open for him in Russia. Sheeran ably demonstrates why he is a musician and not an actor but gets huge kudos for being game enough to make such a cameo performance even if he does attempt to sabotage ‘Hey Jude’. 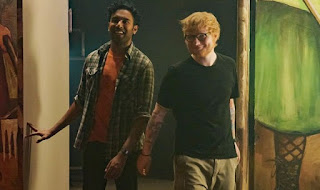 So off Jack goes to Russia with his unreliable roadie Rocky (Joel Fry) but not Ellie who has to return to her day job as a teacher.

So far so good and so entertaining but it starts to go off the rails when the film sells its soul to the get rich quick style of the modern music industry with Jack allowing himself to be cynically packaged by Sheeran’s LA based manager Debra Hammer (Kate McKinnon). Oh to have allowed his fame to grow organically in this country. 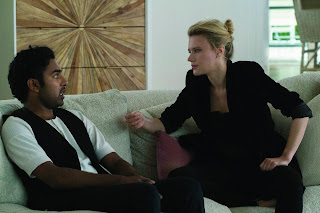 Jack does come home to launch his debut album in Norfolk with a rooftop concert in Gorleston-on-Sea. It is there that he is approached by two other people who also remember the Beatles and who thank him for saving the band’s music. They also give him the address of John Lennon (Robert Carlyle) who Jack goes to visit. It’s not really clear why this is included or what his association with the non-existent Beatles would have been. Clearly Lennon has not had a career in music and he persuades Jack not to have one either. Instead he advises him to get his woman back, who has by now run off with Gavin, the music producer. 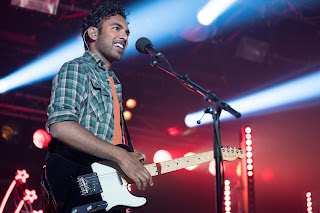 If this is ridiculous, the ending is worse with a mortifying public declaration of love during a hastily arranged concert at Wembley Stadium where Jack also admits he stole the songs from people who don’t exist.

In reality this creates more questions than it answers. Like... so Jack can you remember any more? etc. He did also have the whole of Oasis’s catalogue to work through.

I know, I should accept it as it is.

Himesh Patel is a total star, not only with his acting but with his singing and guitar playing. As for Jack, recreating the Beatles songs musically is a massive achievement and arguably more difficult than writing them in the first place. So clearly Ed Sheeran was right, he is a better musician than him and he really had no need whatsoever to become a music teacher.