Cleethorpes (Or Is It Grimsby)

On Saturday we head up, with MD and the Lad, to Cleethorpes (or is it Grimsby) to visit a friend of ours whom we met years ago when she owned Doggo’s twin brother.

On the way, of course, we do a parkrun but no one’s obsessed, honestly. We go to Cusworth Hall parkrun, where it’s only the second running of their event. This is near Doncaster, so it’s approximately halfway.

Once in Cleethorpes (or is it Grimsby) we visit their new house, take the dogs for a walk and afterwards try, but fail, to get on the beach.

Then on Sunday we drive down to Peterborough for their Half Marathon, also known as the Great Eastern Run, which turns out to be a bit of a wasted journey. 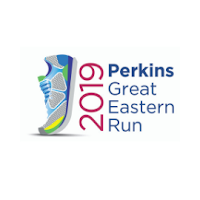 The weather was absolutely foul and has been for some time. It was still raining quite heavily as we assembled on the start field that now resembled a paddy field. Having delayed heading to our respective start areas for as long as possible we were then informed of a delay due to what we were told was an obstruction on the course.

So we had to wait it out dressed in our rather unattractive bin liners that weren't affording much shelter from the elements. As the delay stretched on I sheltered first under some trees which wasn’t very effective at all and then having seen that a lot of people had disappeared I went to find out where they had all gone. It turned out they’d found some buildings with porch areas that gave better shelter.

After half an hour of this I was very cold and fearing that I would pull something if we did ever start. That's pull as in cold tight muscles rather than something in a sexier bin liner than me.

Then came the announcement that the race had been cancelled. This actually went down rather well, as I think hardly anybody was still in the mood to run. The official reason was a ‘man acting suspiciously’, which was wonderfully vague but organisers really can’t take any risks these days.

I meet up with L again, who's not looking too shabby in her bin liner, and we wade across the paddy field to pick up our t-shirts, medals and other post-race goodies. They have generously offered us a full refund as well.

So L didn’t get her training run which she was planning on doing with Jeff (or was it Darren). Well they could have both had a lie-in, in fact we could all have had a lie-in.

Despite the lack of a race we still have the post-race night out and also go for a meal in Paste.