Show Us Your Money Amazon 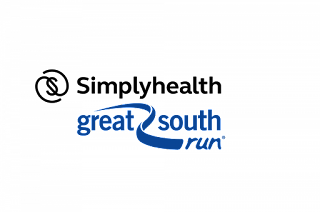 On Saturday we take the 9.45 train down to London on route to the Great South Run in Portsmouth. This involves a hop across London on the Victoria Line and then a journey on Southern from Victoria to Portsmouth. First Class is again pretty non-existent on the trip down to St Pancras. The new East Midland Railway franchise seems to have cut back on this service even more than East Midlands Trains did. While Southern have just a little separate seating area for First Class, which is a bit like being quarantined, and may or may not have been worth the extra £8.

Then it’s a pleasant amble of about a mile from Portsmouth & Southsea station to the seafront and our Holiday Inn which is right by the start and finish area for Sunday’s race. Then we’re down on the Esplanade so that L can reminisce about her younger days spent here and for us to meet up with her sister and her sister’s other half.

We have booked a table for the four of us that evening at the Old Customs House in Gunwharf Quays, close to The Spinnaker tower. It’s a Fuller’s pub so it would be rude not to hydrate with a few jars of ale. Sadly the 4.8% HSB isn’t on so I have to upgrade to the 5.5% ESB.

The next day it’s a ridiculously short amble from our hotel to the race start. It’s the 30th year of the Great South Run but my first time here. L has ran it once before in 1999. Now that’s a while ago... 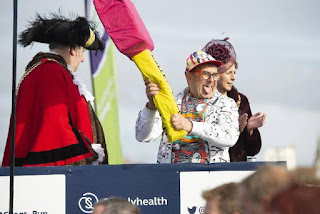 The race is started by Timmy Mallet and Jet from Gladiators (Diane Youdale) in a nod to its 1990 start date. The course is largely flat and takes us through the Historic Dockyard and past the HMS Victory. Although amazingly some runners appear to have failed to have seen this rather large boat or the man on the start line with a big purple and yellow mallet. I guess they were just too focussed. 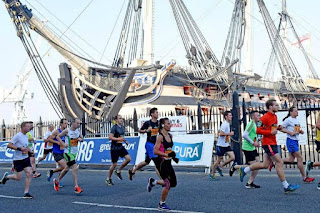 I have a good run and lock into a 7:45 per mile pace which I manage to hold for most of the distance as neither last night’s beer nor the Steak & Ale pie are successful in holding me back. I am aiming to get under 1:18 after a pre-race research survey, that both L and I did, goaded me to beat my target time and dangled a £10 Amazon Voucher in front of me if I did.

I am on target as I hit the last two miles of the race which is all along the sea front. Despite an 8:10 final mile, I cross the line in 1:17:54. Show us your money Amazon!

The very same survey told L she wasn’t going to hit her target time and to give up, or something like that. These were supposed to be different motivational techniques.

I collect my goodie bag which I didn't even need to open to know what is in it or rather what isn't in it e.g. something suitable as a post-race snack amongst the flyers, flax seeds, breakfast cereal, tuna and sachets of piri piri sauce. Great Runs... don’t you just love them... and I've done three of the buggers this year. The Great Aberdeen Run, the Great North Run and now this one.

Those race names never tell you what the distance is and nor does the medal or the t-shirt. I know my running buddies aren’t a great fan of the t-shirts either, which only go as ‘small’ as small and which is massive on most women. So probably won’t get worn.

After the run L’s sister has to rush back home and to work the next day while we head back to the hotel to chill out and have a few beers with the elites. Our hotel is so conveniently placed that all the officials and elite athletes are also booked in there. We are very quickly rubbing shoulders with the likes of Brendan Foster and Eilish McColgan.

McColgan won the race, breaking her mother’s 10-mile Scottish record, in a time of 51:38. She was nearly four minutes in front of the rest of the women’s field. Marc Scott won the men’s race in a very impressive 46:57. He was probably there too but we didn’t know what he looked like. While Chris Thompson, who had won the race for the last three years, came in 12th and started his excuses with ‘At my age...’. He sounds so like me.

Then we have a wild night out in Southsea with a few ales in the Barley Mow before going for a curry at Spice Merchants.