Everything But Roller Skates

On Friday, I'm off to a gig at Rock City.

Having seen the Psychedelic Furs last year for the first time in 27 years, excellent as they were, it seems a bit rash to rush back to see them again so soon. In fact I may not have bothered had a certain Wendy James not been announced as the support act. It is an odd combination indeed but obviously a tempting one as I am here.

James' picture adorned many students’ bedroom walls back in the day. Not mine though, she was on the ceiling as the poster was almost life-sized and was too large for the wall. My partner says she always wanted to be Wendy James. I thought she was Wendy James, that’s why I asked her out.

After two huge albums, 1988's Pop Art and 1989’s Velveteen, their record company refused to release their third album in the UK and they split in early 1992. Since then James has had another band called Racine and a few solo records. 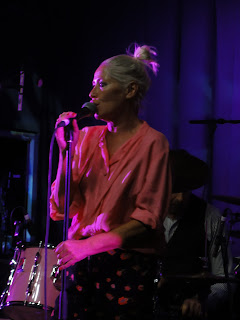 Tonight’s set is a mix of her back catalogue - solo songs, Racine songs and of course Transvision Vamp songs. There are also some songs from her yet to be released new album 'Queen High Straight' due out next year. James now writes all her own stuff, practically everything Transvision Vamp was written by their guitarist Nick Sayer, and it’s hardly sedate. In fact it’s just as rocky as the old stuff.

The only criticism here would be that a lot of the material is unknown to the crowd. Even a couple of the Transvision Vamp tracks she plays, 'Bad Valentine' from 'Velveteen' and 'If Looks Could Kill' from that third album, are quite obscure.

Despite that she goes down a storm as she can clearly still bang out a tune and of course there are still the biggies of ‘I Want Your Love’ early on and ‘Baby I Don't Care’ which closes her 45 minute set with an almighty 'Waaaaaaaaaah'. 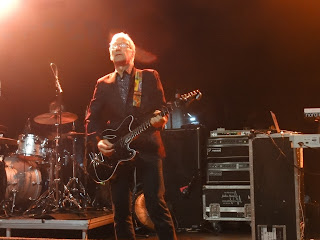 I may not be the only one who’s at a Furs gig again because of Wendy James. Original Furs’ guitarist Roger Morris is back again. I thought his inclusion last year was just a one off? Clearly not. It's good to see you again Roger.

Whereas last time he only played on material from the first two albums, this time he’s also learnt some of the ‘newer’ (post 1981) ones too. We’ll most of them, by next year he could be playing on every track. 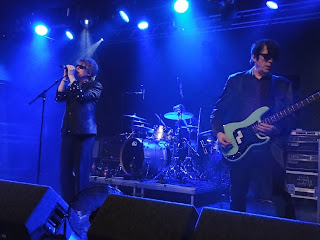 The Furs are mightily impressive from the opening ‘Dumb Waiters’ with it’s strangled saxophone courtesy of Mars Williams, through classics like ‘President Gas’, to the closing ‘Heartbreak Beat’ they don’t put a foot wrong. It’s a brilliant run through of their back catalogue which surprisingly only yielded two UK Top 40 hits ‘Heaven’ and ‘Pretty In Pink’. By the way Transvision Vamp had seven. Go figure. 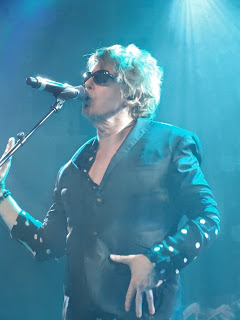 There are a few interesting set changes from the last time I saw them and it's particularly good to hear 'All That Money Wants', 'Like a Stranger' and especially ‘There's a World Outside’ once again.

They even play a rare new track called ‘The Boy That Invented Rock & Roll’, one of only a few new songs by the band since reuniting in 2000. There is talk of a new album next year which would be their first since 1991. 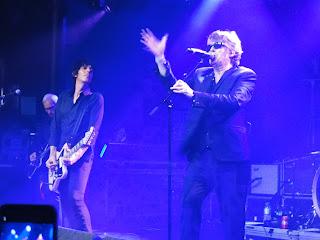 They’re not the chattiest of folk although I think Richard Butler feels it’s best to save his breath for singing in that distinctive voice that has survived the years.

After a 15 song set they leave us before returning for a riotous stomp through India. A great night.


Having turned down Wendy’s offer to talk about old times over a coffee at her place, I head home.

Posted by FitForNothing at Friday, October 11, 2019