Tuesday is the first anniversary of the first lockdown and there is a minute’s silence at noon.

Our Ashby 20 hoodies arrive. They are not quite as light coloured as last year but still not terribly paw friendly.

A new piece of ‘art’ appears in place of the departed Banksy. 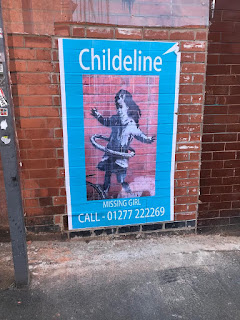 Early this month a chap called Lou Ottens died. In 1963 he invented the next big thing in electronics - the tape cassette. To commemorate his death people have been sharing their mixtapes of which I received and sent out dozens in the 1980s and 1990s.

I dig all of my cassettes out of the loft. Many contains tracks that can no longer be bought in any format. Some of the members of the defunct bands, that I have tapes of, admit they would love to put out mp3s of their stuff but have no idea where the master tapes are, their music never got put out on CD and all they have to work with are old scratchy vinyl and people's mouldy tapes.

Apparently sales figures for cassettes are now on the increase. Nostalgia eh? because even in their heyday cassettes were a bit rubbish and had a habit of getting chewed up by your player. This was why I never bought originals on tape. Always buy the vinyl, copy it and then play the tape to preserve your vinyl. Of course it was also a means of making your vinyl portable or to make a copy of someone else’s.

Then of course there is the tradition of taping the top 40 off the radio as I did in 1982. 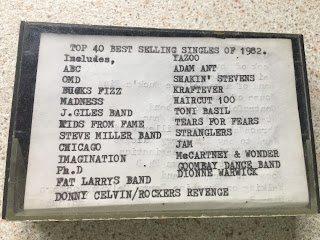 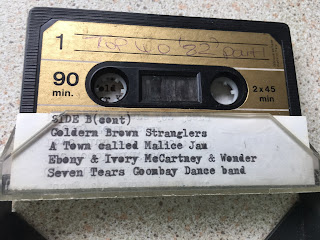 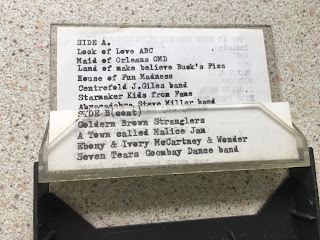 Work contact me to say that they are starting to get staff back in the office full time from after Easter. That came as a shock and the Lad will be distraught.


Sunday starts with me squinting at my alarm clock wondering if it has automatically adjusted itself to British Summer Time (e.g. clocks go forward) or not and whether the Lad, who was sitting on me, was right that it was breakfast time.

Once up, L and I go for our now semi-regular Sunday run\walk. This time managing 8k which was on top of the 6.75k we did with Daughter, who has now had her Covid jab thanks to the police, on Saturday at Forest Rec. Couch to 5k has now become Couch to Marathon, with a bad knee, by October.