The Mission \ The Rose Of Avalanche

Tonight I am at Rock City again for another pandemic delayed show. This tour by the Mission was supposed to be here in May 2020 and the band were already into the preceding European leg when Covid happened.


The UK leg was also supposed to mark the return of The Rose of Avalanche. A band I was particularly fond of back in the day after first seeing them as support for... The Mission back on their World Crusade Tour in 1986. Oddly after that they never really hit the 'medium time' let alone the 'big time'. 'Small time' was just great for a fan though and I saw them multiple times at little venues across the local area.

They split in 1993 but had reformed after 27 years only to have to put their reformation back on ice for another two years. 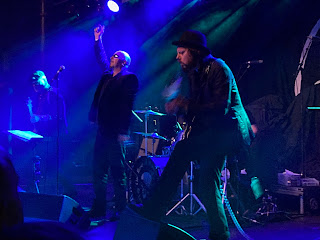 As they take the stage I’m wondering whether we should be asking for ID to confirm the bands identify as five heads of very long hair have now been reduced to what appears to be just one head of hair between them but such is the way for those of us in our 50s.

This of course does not distract from their sound or performance and once they start playing with ‘Don't Fly Too High’ which is followed by the excellent ‘Too Many Castles In The Sky’ there is no need for any ID. Although, I have to ask. Did they have tambourine back in the day? Or was I simply too busy moshing to notice.

I love the Mission but the Rose are the main reason I bought a ticket for tonight. I am not disappointed, they are amazing.

They deliver a set of pretty much everything you would have expected them to have played given the time constraints of a support slot - ‘Not Another Day’, ‘Velveteen’, ‘Goddess’, ‘Always There’, ‘Dreamland’ and of course ‘LA Rain’ before adding a cover of the Stooges ‘Loose’ for reasons I’m unaware but probably just that they like it.

They clearly relish being back up on stage and doing this ‘for the love of it’ which is a good job because I doubt there’s much money in it for them.

Top that Wayne... Which of course he does. The Mission are amazing too.

The set starts with the excellent Beyond the Pale from their classic album “Children” in what is billed as the Déjà Vu tour, maybe because it’s been forever rescheduled. While has Wayne, unlike the entire Rose of Avalanche, been growing his hair again in lockdown? Just because he can. 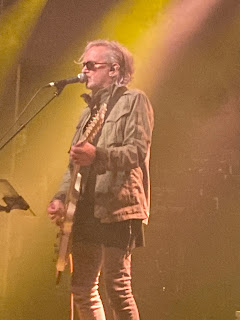 They have so much material and a liking for a relatively low number of songs in their sets so unlike the Rose you’re not going to get everything you would have expected them to have played.  Not even close.

Some of the crowd groan at the ‘new’ material but the likes of 2016’s 'Met-Amor-Phosis' are excellent and then just to keep everyone happy they follow it with a track 29 years its junior ‘Naked and Savage’ from 1987. 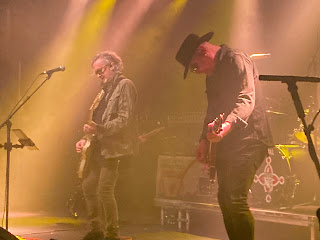 They are very good a mixing the set up night by night and the middle of the short twelve song set could each night be anything from their back catalogue but the closing three tracks are always the same - ‘Butterfly on a Wheel’ into, a thousand arms already in the air for ‘Wasteland’, cue Argentina 78 ticker tape or whoever invented it, then into ‘Deliverance’ which is, as ever, chanted ad infinitum by the crowd until.. well, they come back out for an encore really. 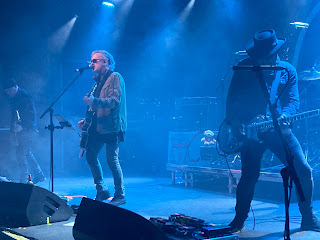 They return to the stage twice to play five more tracks including the absolute belter that is 'Blood Brother' before the traditional finale of ‘Tower of Strength’.

Posted by FitForNothing at Tuesday, April 19, 2022