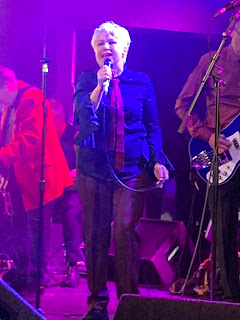 She is now 72 and her voice is still sounding great. Accompanied now by her daughter Grace on backing vocals and her son Alex on keyboards. As she says it’s a family affair. She’s clearly still having a great time playing live as are tonight’s headliners.

Since getting back together at the turn on the century, The Psychedelic Furs have never really been away from the live arena but they have been away from the studio. That is until April 2020 when 'Made of Rain' became their first album release since 1991's 'World Outside' and you know what, it's an absolute cracker.


For various reasons, well one big reason actually - Covid, they haven't had chance to play it live until now but when you’ve waited that long to make a record what’s a two extra years? 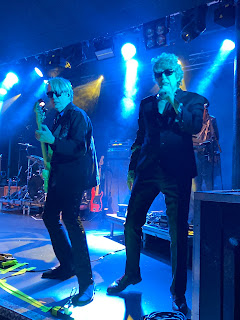 Tonight they go big on the new album, really big, with no less than seven tracks played from it but it comes off big time for them. It helps that it is so good.

The album is not an attempt to reinvent the Furs material of the early days, nor the poppy Furs of the mid-80s but it still has all the hallmarks of a Furs album including Richard Butler’s trademark rasp of a vocal which remains a thing of wonder. In many ways, the album continues the logical progression from their previous work. You can’t really tell there’s been a gap of 30 years since ‘World Outside’. While tracks like ‘Don’t Believe’ and ‘Ash Wednesday’ are broodingly atmospheric the likes of ‘You’ll Be Mine’ are powerful, exhilarating and just as anthemic as some of their more famous stuff. 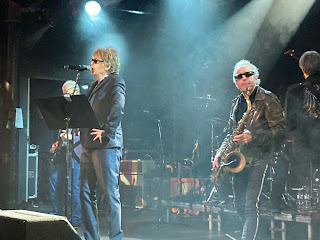 There are of course plenty of juicy tracks from their other seven albums as well or at least the first five more famous ones. From the opening of ‘Highwire Days’ and ‘Dumb Waiters’ to the closing double of ‘Heaven’ and ‘Heartbreak Beat’ through the likes of ‘Mr. Jones’, ‘The Ghost In You’, ‘Pretty in Pink’. ‘Love My Way’ and ‘President Gas’

Throughout it all the 65 year teenager Richard Butler bounces his way through the set in his rock’n’roll shades. Although he does seem to have a music stand in front of him in case he forgets the words? 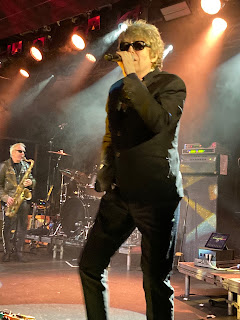 Then after a night celebrating the new album it is perhaps somewhat appropriate to go full reverse circle and to close the night with a encore of the opening two tracks from their self-titled debut album. The glorious anguish of ‘Sister Europe’ followed by the adrenaline whirl that is ‘India’. 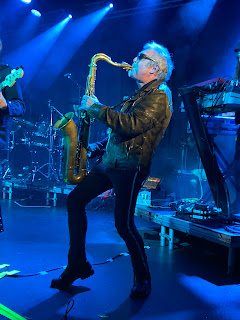 Posted by FitForNothing at Saturday, April 02, 2022