L Parkruns this morning but I don’t, saving my injured calf for Monday’s inadvisable half marathon. L wants to run at Clifton but I’m worried the Lad might abscond if we go there but then again he could abscond wherever we go.

In the end he does better than that. He joins in with the run as they go around for their second lap, going toe to toe with the lead dog who is placed second overall. So embarrassing.

In the evening we eat at Broadway and catch a film.

‘Extremely Wicked, Shockingly Evil and Vile’ tells the story of Ted Bundy (Zac Efron), one of America’s most notorious serial killers, from the perspective of his long-time partner Liz Kendall (Lily Collins) with the screenplay taken from her memoir 'The Phantom Prince: My Life with Ted Bundy'.

The couple met in Seattle in 1969 where she was charmed by Bundy, then a law student. He helped her raise her young daughter, Molly, and things were fine until 1975 when out of the blue Ted was accused of murdering several young women. 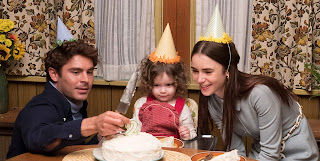 He claims to Liz that he is being framed but the evidence appears to say otherwise. He is first found guilty of aggravated kidnapping in Utah but is then moved to Colorado where he is charged with murder.

While on trail there he escapes from the courthouse during a recess by jumping out of a second story window but he is recaptured after six days. 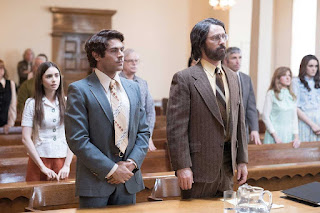 Liz decides to end their relationship but still doesn’t know what to believe. She starts drinking heavily as she attempts to deal with the fact that it her who possibly started all this by being the one who gave Ted's name to the Seattle authorities back in 1975.

Ted then escapes jail by sawing a hole in the ceiling of his cell. He is soon rearrested but only after two more women are murdered in Florida.

Liz is not the only one who doesn’t know what to believe. Bundy has quite a following of young women who are fascinated by him and also can’t believe that such a charming and good looking man could be a murderer. One of them is an old flame, Carole Ann Boone (Kaya Scodelario), who moves to Florida to be closer to him. 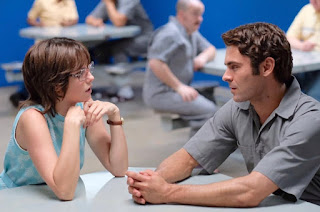 A pre-trial plea bargain is negotiated in which Bundy would plead guilty to some of the murders in exchange for begin sent to prison for life rather than receiving the death penalty but that would mean admitting he was guilty and Bundy won’t do it.

At the trial, the first to be televised, Bundy handles his own defence and turns much of the trial into a pantomime. He is found guilty, the crucial evidence being the matching of his teeth to the impressions of bite wounds on one of the girls' buttocks. The judge (John Malkovich) sentences him to the electric chair. 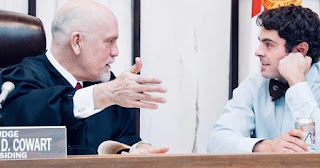 Ten years later, after Bundy runs out of appeals, Liz visits him hoping to finally hear the truth but he continues to protest his innocence to her. That is until she shows him a crime scene photograph of one of his decapitated victims and he finally admits that he sawed the girl’s head off. 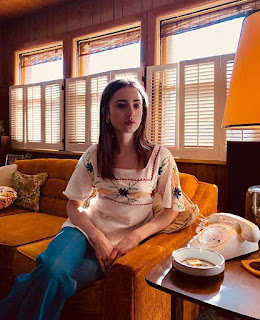 Bundy was executed in January 1989, aged 42 years, after belatedly confessing to the murder of thirty women. Although the actual total is thought to be much higher.

As we are supposedly to seeing everything through Liz Kendall’s eyes the film wants us to play along with his many protestations of innocence which doesn’t really work as well as it would have done if we all didn’t already know who Ted Bundy was. This approach also makes the film into a bloodless affair until right near the end, which perhaps is no bad thing but that does leave it rather lacking in dramatic effect.

We also never really get to explore why he did what he did or how he got away with it all for so long.

It’s still a good film though and Efron, who is clearly trying to get into grown up film making, puts in an accomplished performance. His decision to play a notorious serial killer was an interesting gambit and one he manages to pull off.

Afterwards we have a drink in the Hockley Rebel and then check out the jaw droppingly expensive Curious Tavern. Which is ok but we probably couldn’t afford to go there very often.