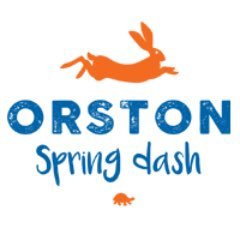 Today L, Daughter and myself run the Orston Spring Dash 10km in the Vale of Belvoir. It is a 10k in name only as it’s actually 10.2k long but , apparently, as it’s a ‘mixed terrain’ race they’re still allowed to call it a 10k. Who knew...

I’m also not sure that anyone mentioned the dreaded words ‘mixed terrain’ to me when this was put on our race calendar. There are apparently some muddy tracks which isn’t exactly what I want when trying to avoid further injury ahead of Windermere next week.

However the route isn’t too bad, not too muddy, as they take us on a loop from the village of Orston through Flawborough and Thoroton then back to Orston.

Daughter sets an impressive new PB but then we all do for 10.2k. I guess she’s referring to her time at the actual 10k point. I limp round in 50:23. L is equally disgruntled with her time but soon cheers up when she sees the impressive cake selection.

In evening we get the bus to the Horse and Jockey in Stapleford. For once we actually check the bus times and leave in plenty of time as we always miss the bus and end up waiting half an hour for the next one.

Then fate intervenes. A couple of lads come off their motorbikes on the Nottingham Ring Road while clowning around. We are just about to help them out when one of them jumps on the back of a bike of a third rider and leaves the scene abandoning one of the bikes in the middle of the road.

Being upstanding citizens we call the police, who seem to be already on the case as one of the bike is stolen and turn up immediately.

The upshot is we miss our bus and end up waiting half an hour for the next one...