On Saturday we head up to the Lakes via Stoke where we do Hanley parkrun, which looked the easiest to get to and the most interesting of the two in Stoke. I decide to jog it myself, well as much as you can jog with the Lad, despite having another little run planned for Sunday.

Then we continue northwards. We have taken the new car and it’s the first time the boys have been allowed in it. We even use the Satnav a little to find the hotel although it doesn’t seem that accurate. I think the girlie on Google Maps on my phone has a much better grasp of where she's going.

The entire car is festooned with ‘helpful’ gadgets and did for a while keep asking me where my Samsung was. What it actually meant was where Daughter’s Samsung was. I’ve now unpaired her phone and got mine set up instead.

We are staying at the Mortal Man where we stayed a few years ago. The beer range is still very on the pale side but the food is half decent although I do have to decline the Full English on Sunday as I have that little run to do. I will make up for it on Monday.

My little run is the Windermere Marathon. 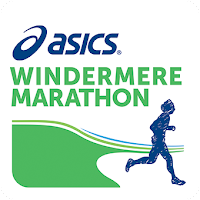 With around a thousand entries this year the race is growing year on year. In addition to the Marathon there are also seventeen runners doing the 10 in 10 challenge in aid of the Brathay Trust. Basically this is ten laps of the marathon course over ten consecutive days. Gulp. Sixteen of them have lasted the distance.

These mad folk/legends (delete as applicable) are given a heroes send off when they start one by one an hour before us mere mortals.

Then it’s our turn and we led down from Brathay Hall to the start line on the main road by a marching band. Then we’re off and it’s all somewhat pleasant, undulating as you’d expect but nothing too extreme. The roads have even been closed for us and remain so for most of the first half of the race. They are briefly open around Hawkshead, where we are diverted through the centre of the village which was packed with spectators who lined the street and cheered us along the cobbled streets and alleyways.

Then we are back into the countryside past Esthwaite Water with Lake Windermere itself in the distance. The next landmark is when we reach the bottom of Lake Windermere at Newby Bridge and then start coming back up the other side. This is roughly halfway and I’m pleased that not only am I feeling pretty good but also that I go through 13 miles in 1:59. Therefore I'm running at four hour marathon pace despite the testing terrain.

We turn onto the A592 ‘coast’ road and past Fell Foot where we have parkrun. Here it’s busy with cars but after that the road is made one way until Bowness and goes relatively quiet again. I really cannot fault the organisation on how they have minimised the traffic.

The course though gets more difficult, hiller and not as scenic with Lake Windermere largely obscured despite the fact you’re mostly alongside it.

After 20 miles we arrive in Bowness, which is packed with mostly bemused tourists but with plenty of spectators too. I recall from when I did the bike leg of the Windermere Triathlon, which started in Bowness, that there is a bloody big hill coming all the way up to the main A591 road and beyond. My memory is not wrong.

This is where I begin to struggle. Although I have had no calf problems at all my lack of training post-Manchester is telling and I drop well off my four hour marathon pace. In fact it get so tough and my legs so knackered that I walk considerable chucks of it. I do put on a spurt when I pass local legend Rocket Rod who was helping at the next feed station.

It probably doesn’t help that I know the A591 through Troutbeck Bridge to Ambleside so well, that I know exactly what is coming. Even then Ambleside seems hillier than before and even once through Ambleside it goes up again at Clappersgate and then just to cap it all the finish up the driveway back to Brathay Hall is uphill as well. At least there I have L and the boys to cheer me through.

I cross the line in 4:15:22 which, I suppose, for a course like this still isn’t too bad and at least I’ve not got another nine laps to do.