On Sunday L, Daughter and myself are in Mansfield for the sixth running of the Mansfield 10k on its surprisingly hilly and rather loopy course. I did it two years ago and L was for some reason jealous of me, so here we are. 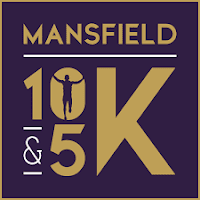 We had talked about supporting the Stephen Price Memorial 10k in my home village of Aston on Trent particularly as the previous Aston 10k race was scrapped due to dwindling interest. Price was a runner, and a very good one, who tragically died in his 30s last year. However clearly they don’t need our support as the race is full, which is good to see.

So here we are in glorious Mansfield, a place which is certainly in need of a lick of paint or two. So it's probably good that an event like this is pulling some trade into the town.