We parkrun at Alvaston and then I drop L at Pilates while I head off to the match via my parents’ place for lunch.

L then heads into town looking for trousers. She is the world’s worst shopper disproving the theory that this is a skill the all women as inbuilt. Unless you count books, she’s rather good at buying books. Anyhow the entire fruits of her shopping trip is that she ‘has onions’. Onions were not her priority.

Meanwhile Daughter has a job interview at Radio Nottingham, if they are looking for someone who can talk the they need look no further.

In the evening we go to Broadway to see the Goldfinch which is adapted from Donna Tartt’s prize-winning novel.

As a thirteen-year-old boy, Theo (Oakes Fegley) and his mother visit the Metropolitan Museum of Art in New York to see an exhibition of Dutch masterpieces. There, while he is busy ogling a pretty red-headed girl, a bomb explodes killing his mother and several others while injuring the red-headed girl.

In the rubble Theo encounters the uncle of the girl who gives him a ring before dying. Theo then takes a painting, Carel Fabritius' The Goldfinch, which has miraculously survived the blast as he escapes. He then carries the painting with him throughout his life. 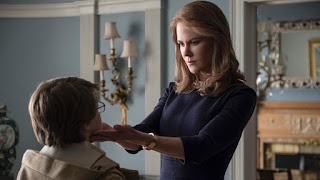 With his father absent, Theo moves in with a school friend, Andy Barbour (Ryan Foust), and his wealthy family where he grows close to the mother Samantha (Nicole Kidman). Meanwhile the ring leads him to the antiques business of James ‘Hobie’ Hobart (Jeffrey Wright), the partner of the man who died in the museum, and reunites him with the red-headed girl, Pippa (Aimee Laurence), who is convalescing with him. Theo will carry his unrequited love for Pippa throughout his life. 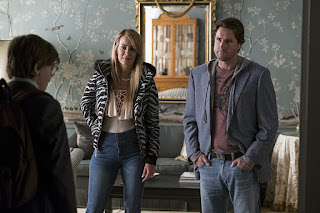 Out of the blue Theo’s father Larry (Luke Wilson) shows up with his girlfriend Xandra (Sarah Paulson) they uproot Theo to take him to live with them on the outskirts of Las Vegas, in a housing development that’s seems to be slowly disappearing into the Nevada desert. It is here that he meets a Ukrainian wild child called Boris (Finn Wolfhard), who calls him Potter (as in Harry) and who seems to have a bottle of vodka permanently glued to his hand. The two boys spend their days drinking alcohol and taking drugs. 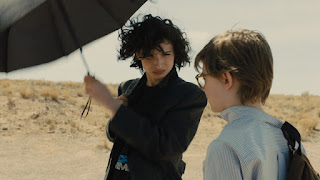 When Theo's father gets drunk and dies in a car crash, he decides to return to New York but Boris won’t come with him. He is taken in by Hobie who teaches him the antiques trade and eventually Theo (now played by Ansel Elgort) becomes a partner in the business but gets in trouble for selling fake antiques. One such punter accuses him of stealing the Goldfinch and using it in a drugs deal. Which isn’t possible as Theo has the painting in his possession but hadn’t looked at it in years...

Then he runs into Boris (now Aneurin Barnard) again, now largely a gangster, and he reveals that he borrowed The Goldfinch from Theo when they were in Nevada and has since used it as collateral in some deals. 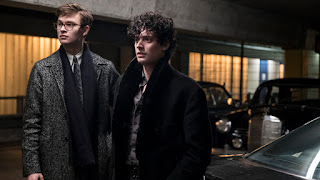 He also runs into the Barbours again (it’s a small world), bumping into Andy’s brother Platt (Luke Kleintank), who is now not quite the ******** he was back in the day and who breaks the sad news that Andy is no longer alive. Theo becomes engaged to the daughter Kitsey (Willa Fitzgerald) although Kitsey already has a long time boyfriend she intends to keep seeing but Theo is a better ‘face’ for the family. While Theo, of course, is still obsessed with Pippa (now Ashleigh Cummings), who has moved to London with her boyfriend to escape him or rather escape ‘their history’. FFS embrace it girl. 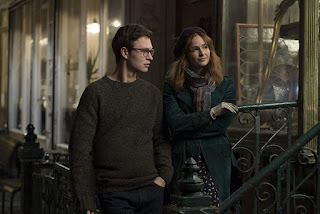 When Boris appears at Theo's engagement party (to the girl he doesn’t love who doesn’t love him and who isn’t Pippa anyway) with a plan to retrieve The Goldfinch they both jump on a plane to Amsterdam where Boris’s heavies attempt to steal the painting back. The plan goes awry and in the resulting melee, Theo kills one of the men that attacks them and an injured Boris disappears again leaving Theo alone in his hotel room contemplating suicide. 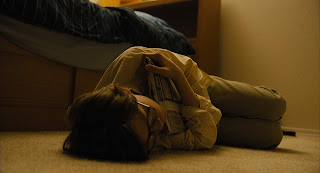 Yes it’s a complex film and one that seemed to trip over its own feet at almost every opportunity but I liked it. I liked the complexity of it all even if it didn’t make sense at times. It also seemed to runs out of steam resulting in an ending where Boris basically turns up to say ‘all sorted now’ leaving Theo embarking on a lengthy reflection that he only took the painting as a memento of his mother while the audience are muttering ‘what the hell happened there’.

Apparently the book is complex too and audiences these days are rarely trusted to work out things for themselves, so we should be grateful here for being given the chance in what is a good film but not an outstanding one.