Now that the Golf has had its service I install a barrier in the back of the car so that the lad can now ride in the boot and he doesn’t look terribly happy about it.

MD won’t be happy either when he finds out that’ll probably be how he’s travelling as well. His day doesn’t get any better when he falls in the pond at my folks’ house. L is gutted, that she didn’t get a picture of it.

Somehow I manage to run 7k.

We finally catch up with the film Parasite which was the first ever non-English language film to win Best Picture at the Academy Awards. Not only did it win Best Picture but it also won Best Director, Best Original Screenplay and Best International Film.

The paths of these two families cross when the Kim’s son Ki-woo (Choi Woo-shik) is offered the chance to take over a friend’s job as tutor to the wealthy Park’s daughter Da-hye (Jung Ziso). He has no qualifications for this but his artist sister Ki-jung (Park So-dam) is adept at forgery and supplies him with a fake certificate to bluff his way into the job. 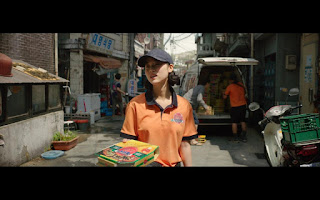 Mrs Park is so impressive with him, now known as ‘Kevin’ and not knowing he’s already seduced her daughter, that she asks him if he could recommend an art tutor for their son (Jung Hyun-jun).

Enter Ki-jung, or rather ‘Jessica’, allegedly the cousin of a friend and she is quickly hired too. Together they contrive to frame the family chauffeur, getting him fired for having sex in the family car where ‘Jessica’ has left her underwear. They already have a replacement in mind, their father (Song Kang-ho). 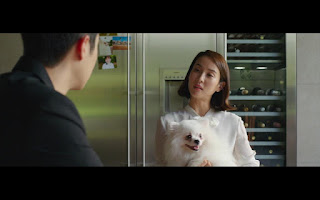 They then remove the family’s housekeeper after they exploit her allergic reaction to peaches but passing it off as tuberculosis. When she is dismissed they install their mum (Chang Hyae-jin) instead.

When the Parks leave on a camping trip, the Kim’s all move in and revel in the luxuries of their borrowed abode but the old housekeeper appears at the door saying she has left something in the cellar. This something turns out to be her husband, who has been secretly living there for years, hiding from his debts. 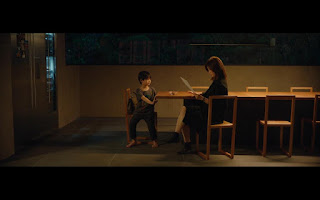 Parasite is a clever black comedy that is set up brilliantly in the first half and which descends into farce and violence in the second half as rain curtails the Park’s camping trip forcing them to return home as a violent battle erupts between the Kims and housekeeper's family for parasitic rites to the mansion.

The violence continues the next day at the Park’s son's birthday party leading to several deaths and eventually a new family moving into the mansion while a new resident hides out in the cellar.