In a quest to actually do some exercise, despite my injured knee, I cycle to my parents’ house to watch the match. It reinforces how unfit I am as I puff and pant up the (very small) hills.

In the evening we catch up with Knives Out which we missed last year.

The film appears to a homage to the Agatha Christie whodunnits of old, very English in style, yet for some reason set in New England, USA in a house that seems based on the Cluedo board and even includes a very English Daniel Craig faking a (not very good) American accent. 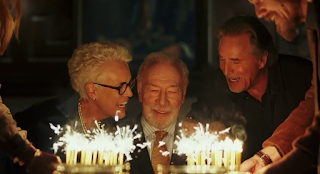 Harlan Thrombey (Christopher Plummer) is celebrating his 85th birthday with a big party but is later found dead by his housekeeper Fran (Edi Patterson). He has allegedly cut his own throat but the investigating Detective Elliott (Lakeith Stanfield) is not so sure. Not when such an odd ball array of relatives with assorted motives attended his party. He is assisted by Benoit Blanc (Daniel Craig) but no one knows who hired him. 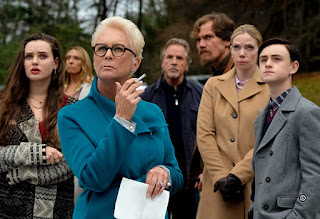 Suspects include his daughter Linda (Jamie Lee Curtis) and her husband Richard (Don Johnson), his son Walt (Michael Shannon) whose publishing company he is propping up, his daughter-in-law Joni (Toni Collette) whose own daughter Meg’s (Katharine Langford) college fees are funded by him and Ransom (Chris Evans), the black sheep of the family who was heard arguing with his grandfather that night. 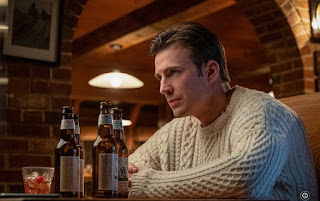 Then there’s his carer Marta (Ana de Armas), who vomits whenever she is lying and so becomes a useful sounding board for any theories. 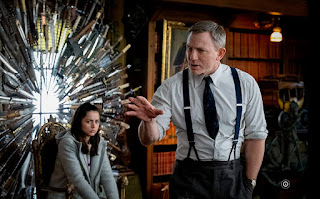 The plot is complicated and hugely improbable but I assume that was the point. I mean, who slits they’re own throat anyway? But overall it’s a very entertaining affair.

Posted by FitForNothing at Saturday, December 05, 2020