Without an album in five years, although working on their fifth, in March 2020 The Subways started re-touring their debut album 'Young for Eternity' on its 15th anniversary. Then, like everyone else, they had to stop due to the pandemic. Now, eighteen months later, they are picking up where they left off and finishing off that tour.

Alongside them, also celebrating 15 years since their first album (well 16 now obviously) are old friends of mine Art Brut. I haven’t seen them for a while and I’m delighted to say they haven't changed one bit. Well Eddie Argos hasn't anyway or perhaps he’s just grown into his age. The band play themselves on with Guns N’ Roses 'Welcome To The Jungle' and proceed as if they are headlining. Which they probably think they are.

That debut album 'Bang Bang Rock & Roll' doesn't get the album in full treatment, and we instead get treated to a mix of all five of their albums, but they do open (of course) with 'Formed a Band' and then follow this with an updated version of 'My Little Brother'. It turns out his little brother, who 15 years ago had just discovered Rock N Roll, is now nearly 40 and a teacher e.g. not so out of control now. Cue updated and extended monologue that goes on almost forever. 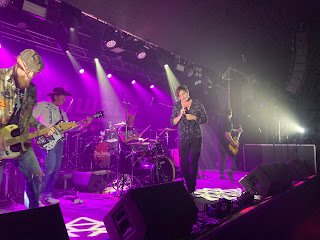 As usual their show is part music, part stand-up comedy and part Jackanory. Delivered particularly excellently tonight. Can I take back what I said about them not having changed? They are usually pretty shambolic but tonight they are actually pretty slick once they get going. It’s probably the best performance I’ve seen them do. While the band, and particularly Argos, are clearly having a blast.

They play for almost a full hour, although 'My Little Brother' was most of that. As I said, they probably thought they were headlining.

I may appear biased (and I’m also a big Subways fan) but I fear the Subways are going to have some problem topping that and I’m right. Upgraded from the smaller Rescue Rooms last time, due to the pre-pandemic lure of the classic album I suppose, it’s not that busy. On the upside though that leaves plenty of room for everyone to get lively, which is made good use of. 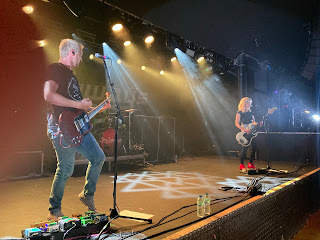 Perhaps that’s what happens when what was going to be a brief look back at your debut album takes over 18 months to complete. On top of that Lunn and Charlotte Cooper are now officially without drummer Josh Morgan, Billy's brother, who has struggled with the touring for some years and has now left the band. His place tonight is filled by the Ramona's Camille Phillips. 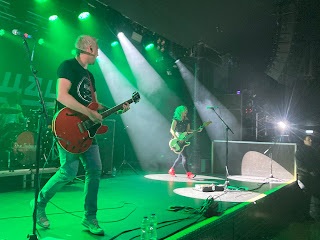 With the classic album delivered the band play just five more on top from their other albums, which seemed a bit stingy. This included a track from their upcoming album, their new single 'Fight'. I think they desperately need that new album. 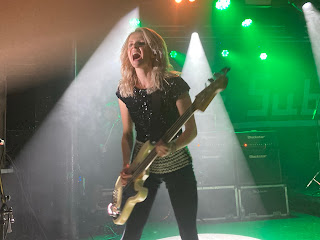 Then they finish by playing 'Rock & Roll Queen' for a second time. I'm not sure we needed it twice given the decent back catalogue they've got but Billy thought we did. They are off stage after only 75 minutes. Perhaps they also thought Art Brut here headlining?

Posted by FitForNothing at Thursday, September 30, 2021