Tuesday is foul weather wise, so I don’t cycle and take the bus instead but still get soaked in the process.

We have an electrician come and look at some power sockets that haven’t worked for years. The resulting cables we’re had to string from the hall to the kitchen are a potential chew hazard for the Lad. Problem is the chap won't touch it. He says all our electrics contravene current safety regulations. He’s probably not wrong, we’re had a succession of cowboy builders and plumbers bodge it, now we just need another one to bodge the sockets but clearly not him obviously. Alternatively we can go for a full rewiring I suppose.

Tonight I’m off to see the ‘Vaccines’ at Rock City. In a moment of madness L has signed up to this one too but is clearly now regretting it, judging by the long face, as we head off to what will turn out to be the gig of the year so far. In my opinion anyway.

First up are Dream Wife, an all girl band from Brighton, who I would say show definite similarities to Honeyblood but with more members. So obviously they appeal to me. They are a bit rawer and more punk rock than Honeyblood but no less riotously excellent for that. 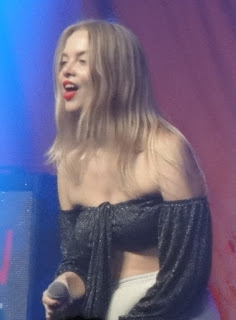 We weren't actually sure we'd see the Vaccines again after what has been a turbulent year or two for them which included the loss of their drummer but here they are. They’re back and with a corking new album in 'Combat Sports' which is a real return to their roots after perhaps going off track in parts on their previous two records. 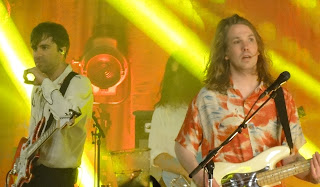 In front of a long ago sold out Rock City, the band show that they have clearly got their mojo back. Their performance positively fizzes tonight aided in no small part by such a cracking selection of ridiculously catchy tunes. It is a set bookended the two excellent singles so far from the new record. The ferocious ‘Nightclub’ to open and the bouncy lively ‘I Can’t Quit’ to close. 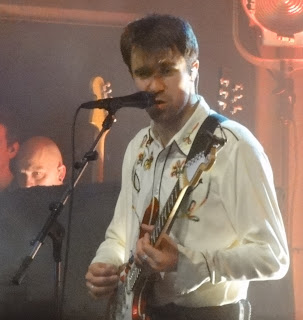 In between Justin Young and co set a blistering pace, rattling off the numbers in very quick succession barely taking a breath. Sixteen of which have been listed as singles making this more of a greatest hits\non-hits tour than an album tour for ‘Combat Sports’. 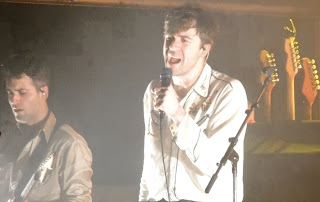 Everything from their début single ‘Wreckin Bar (Ra Ra Ra)’, the perhaps slightly irritating perfect pop of ‘Teenage Icon’, the brooding ‘Dream Lover’, their big ‘hit’ (number 32 you know) ‘Post Break-up Sex’  through to the traditional mass sing-along to the lovely ‘Wetsuit’ and that's just the first fifteen minutes.

Their ode to Amanda Nørgaard naturally brings the house down and there’s even an outing for non-album single ‘Melody Calling’. Meanwhile the new music fits in seamlessly with ‘Out On The Street’ and ‘Take It Easy’ particular stand outs. 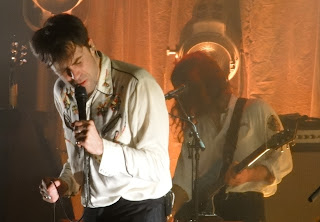 In all the Vaccines rattle through 19 songs in just over an hour. Then return to do another three including a wonderfully seductive ‘All in White’ to close.

Then I take L to the pub to drown her sorrows.