This morning I drop the car into Halfords to get a new tyre, I thought this was best before heading up to Sheffield for a gig tonight.

The gig means I miss Derby’s rearranged game with Cardiff, which obviously they were always going to pick a date I couldn’t make, and my brother goes instead. Bizarrely Derby win. They thought it was all but it isn’t now. In many ways it would have been nice to have put ourselves out of our misery tonight but now we haven’t.

Frank Turner has probably introduced me to more new bands than anyone else through his support slots and tonight he does it again. Arkells Touring Band from Hamilton, Canada. A band with big riffs and catchy choruses, the perfect warm up act. They remind me a little of the Hold Steady although I’m not too sure why. Their boundless energy and enthusiasm perhaps and the way they get the crowd going. They goad the Sheffield crowd to be better than Belfast and are totally bemused when everyone starts tribally screaming 'Yorkshire Yorkshire' back at them. After a long pause he says I’ll take that as a compliment. Yes please do. 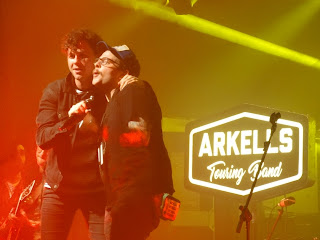 It's show number 2158 for Frank and he kicks off with new tune ‘1933’. It's a bit of a political moment for him, comparing our modern world of Trump and Brexit with the political landscape of 1933, the year the Nazis took power in Germany. 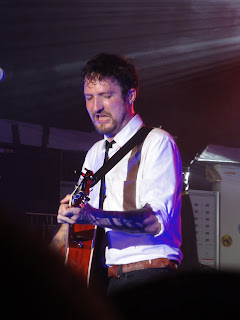 It is taken from his forthcoming seventh album ‘Be More Kind’, an album he says urges people to be more kind to each other. Something that isn't really a problem inside Frank Turner World where his live shows really are as friendly as they come. More of a shared community experience for like minded souls. 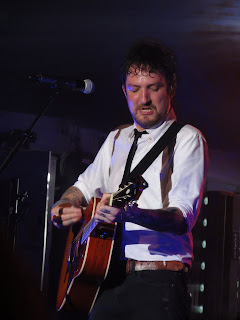 The live show itself is again top draw with Frank and the Sleeping Souls consistently brilliant music wise and with their usual full on engagement with the crowd. 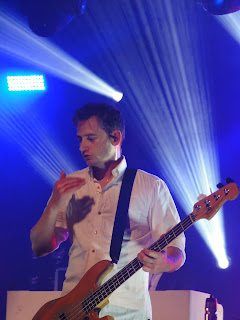 Aside from the opener, four other tracks are played from his new album and all appear to be future classics in the making.

However, if I may be a little controversial, I do now get the feeling that Frank's gigs are well into a formula and the base set doesn't vary very much which is a shame. 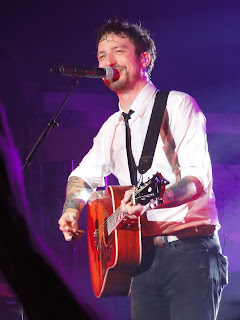 Of the four 'oldies' that appear tonight that didn't last time I saw him at gig 2000 only one is a 'wow' moment. A very rare outing for the excellent 'The Fisher King Blues ' from 'Tape Deck Heart'.

Yes, the playing of 'Love Ire And Song' in the encore is also incredibly welcome but there is so much of his back catalogue that simply never appears any more, not even occasionally. While I'm not a huge fan of the mass stomp around tracks he now tends to favour such as 'Out of Breath' and 'Four Simple Words' ahead of some of the more nuanced numbers that are really his forte.

Still though, can't grumble too much, it was still a terrific night.