MD starts the week not very well, curled up in his bed and not eating his normal food. We put him on the Lad’s food which he seems happier with but by the end of the week he’s fully recovered and back on his own food.

L has her GP appointment on Monday morning where they tell her that her injury is not a fracture but book her in for an X-ray anyway.

I top my mileage up with a five miler from work on Tuesday while, enthused by not having a fracture, L does her own short run after I get home. Then she’s in the gym with Daughter straight from work on Wednesday. So she's not exactly taking it easy. I warn her not to pull anything.

She has her X-ray on Thursday where they confirm it’s not stress fracture. So the injury must be a pull or a tear. They also tell her that she has excellent bones, which cheers her up a bit. Although I’ve been telling her that for 20 years. Nicest bones I’ve ever jumped.

I do my long run, 9.5 miles to Long Eaton, splashing through puddles in places before jumping on the Indigo. It used to be 9 miles until they knocked down the Meadow Lane bridge at Pride Park but I suppose I should be grateful to them for the extra training. L meanwhile reports that her and the dogs are at home wallowing in the mud like a trio of pigs. Will it ever stop raining?

Thursday is also the General Election, which I pull an all-nighter for as I have done for every election since 1992. Unfortunately we all suspect what is going to happen and we’re not wrong. 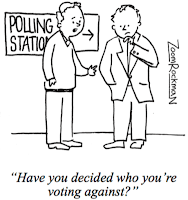 L goes for an early swim on Friday and leaves the boys food on the worktop ready for them while we’re out on our morning walk. Unfortunately the Lad thinks this means it’s self-service but I manage to rescue the situation before he's had chance to pull his bowl off the worktop and smash it over his own head. They’re then a bit shocked when I quickly dump them and head off to work but looking at Dog TV later they seem to have quickly got over it (e.g. they’re asleep).

L is getting panicking messages from her sister, saying that entering a marathon was a dumb idea. Funny that, I'm getting exactly the messages from L. Everyone just needs to calm down. As I keep saying Brighton is years away. 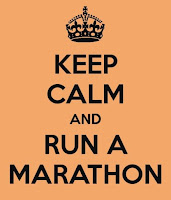 Of course entering a marathon is a dumb idea, if it wasn’t everybody would be doing one but L and I have been doing dumb stuff for years. Her sister has only just started playing catch-up.

Friday is also Black Friday, a day I’ve never really got the hang of because I’ve never been able to find anything I want that is cheaper than at any other time of the year. I think the point of it all is to buy stuff you don’t want but to do so cheaply.

L has been eyeing up a fancy new swimsuit for Christmas and tells me about it now in case I can find a Black Friday deal on it. Which would need me to know what it normally costs which I don’t. In a way it would be helpful if they moved Christmas to Black Friday then it would all be over with much quicker.

I click on the swimsuit because I’ve always been happy to buy her any slinky new outfits for Christmas. She says it will help her stand out in the murky waters. Which sort of implies that she’ll be doing her open water swims without a wetsuit. Which I’m sure isn’t the case.