I’m at a gig in Leicester tonight. So it’s a case of rush home, get changed, eat toast, chuck a few balls then hare off down the A46.

Support tonight at Leicester Academy 2 comes from the Marsicans, who I saw last in March 2018 supporting Feeder at Rock City. The indie quartet from Leeds go down pretty well with the crowd and are constantly being touted as the next big thing but they’re still not really doing it for me unlike tonight's headliners. They always hit the spot.

The joy of We Are Scientists, apart from their music obviously, is the banter. These are two guys, Keith Murray and Chris Cain (momentarily forgetting drummer Keith Carne), who don’t take themselves too seriously or even seriously at all. There are always plenty of jokey moments between them, quite often at their own expense, which is rare for an American band. Those American singers usually take themselves far too seriously. Which is probably why they’ve had much more success over here than at home and why, presumably, they’re always over here. We just can’t get rid of them. Only kidding guys... 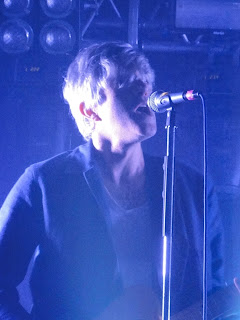 Tonight is in itself a joke. This is a tour to celebrate the 50th Anniversary of their album 'With Love & Squalor' which was released in 2005. So their maths is a joke too or perhaps they’re just hoping that no one will notice when the album came out. With it comes rumours that tapes have been found of an acoustic show that the band played opposite the site of Woodstock Festival in 1969. Hmmm. 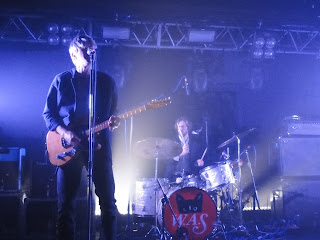 They are introduced tonight by their road manager in a bit of a rambling announcement that to be honest falls a little flat but once the music starts, things are far from flat as they play the entirety of ‘With Love and Squalor’ in order. It is immediately striking just how many tracks from this album are usually in the live set anyway. There really are no fillers on it. It’s also feels a bit strange that they are saving none of these gems for later. 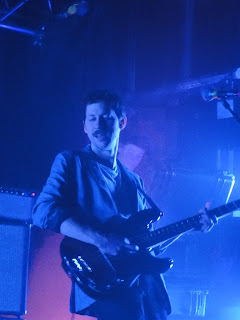 They are calls from the crowd to drop in a few B-sides from that era too which the band, I feel rather unfairly, dismiss out of hand naturally with a joke or two. Seeing as they actually released another album ‘Crap Attack’ a year later which was a compilation of B-sides, covers and different versions of songs on ‘With Love and Squalor’ e.g. a blatant cash in, this seems harsh. How good for instance, and how funny, would it have been to see them reeling out their cover of Sigur Rós’s ‘Hoppípolla’. 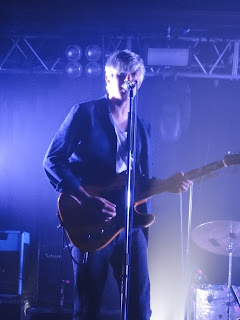 Instead, after a short break, they return to run through a set of songs from their other five albums, four of which come from their latest LP ‘Megaplex’ but also includes classics such as Ghouls, Chick Lit and After Hours from their excellent ‘Brain Thrust Mastery’ from 2008.


I head home to L who, along with MD, is in bed while the Lad balances precariously on the top of the stairs waiting for me.

Labels: Leicester Academy, We Are Scientists