Saturday sees us make a return to Forest Rec for a parkrun where the Lad and I set a new PB for Forest Rec but its nearly a minute off our blistering pace of three days ago.

In the evening we stay in albeit with my tub of Hobgoblin that I got for Christmas from my Brother. I’m good and only have one pint which has less to do with Sunday’s run as to do with beer overload due to Christmas falling midweek.

It's always good to get in a run between Christmas and New Year, so on Sunday we return to the Gerald Storey Memorial which starts at Worksop College.

We did this last year for the first time and somehow I manage to shave nearly two minutes off last year’s time, taking 36:00 dead for the 4.8 miles despite not being able to do it aided by dog power and it being on the dreaded 'mixed terrain'.

It's not an event to get particularly excited about but it's a useful training run and all in aid of a good cause.
In the evening, we are at the cinema to see what is apparently the 7th film adaptation of Louisa May Alcott’s Little Women and like the previous six it isn’t a film for which I am anywhere near the target audience. Also, for me, doing Little Women yet again demonstrates exactly why cinema is often so dull at the moment e.g. endless repetitions of the same thing. If it’s not that it’s sequels... and/or the constant overuse of the same actors and actresses e.g. here we are again getting to watch the terrifically competent Saoirse Ronan.

Clearly studios think we don’t want originality and sadly they may be right judging by how packed it is in Broadway tonight. Not that they seem to enjoy it very much. The moment the end credits roll everyone silently disappeared without a word to anyone. No interest in the cast list, the music, the locations (ok, clearly we’re both film geeks) and no debate about the film unless they’re all rushing to the pub to do it. We start our debrief in the cinema and carry it on later in the bar. 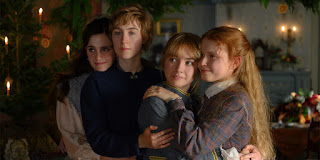 Do you need to know the plot? Because it’s fair to say there are very few surprises. Despite this version by Greta Gerwig being a ‘modern’ version it’s still about a group of sisters whose lives revolve around getting themselves married off while ditching any career aspirations they may have had along the way. 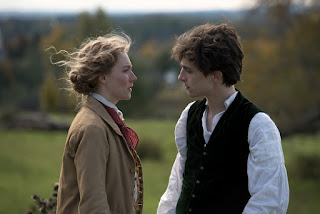 It is true that they now make it abundantly clear that this is their own personal economic decision and they have licence to slap away any suitor’s attentions particularly if they’re called Laurie (Timothée Chalamet) while proclaiming they’d rather ‘write’ or ‘paint’ or something else rather than get married before giving everything up to get married. 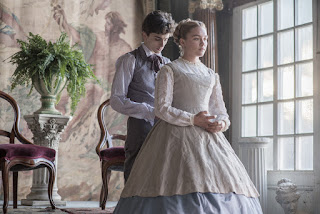 So the artist (Florence Pugh as Amy) doesn’t become an artist, the musician (Eliza Scanlen as Beth), or was it an actress, doesn’t become a musician and the author (Saoirse Ronan as Jo) only becomes an author by writing about the artist not becoming an artist, the musician not becoming a musician and the author changing the ending so that she too gets married. It is true that the housewife (Emma Watson as Meg) gets everything she wants. 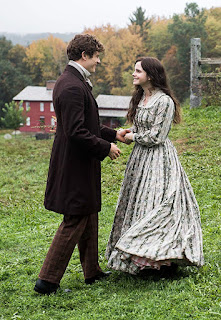 The other thing is the flashback scenes... I know it’s not cool these days to make a movie that is linear but the flashbacks were quite ridiculous as they basically involved the same cast dressing slightly differently, tying their hair back and giggling a lot more. At times it was incredibly difficult to work out which period of their lives we were in. One moment we’re at Beth's funeral and then the next we’re at Meg's wedding where Beth is in attendance. 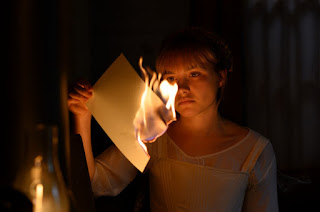 All I can say is thank heavens for Florence Pugh, who I could watch all day long.

At the end my partner confesses she was fighting back a tear or two. Of frustration I assume.