Today it's the second running of the East Midlands 10k at Holme Pierrepont and I'm doing it again. So I really must have enjoyed it last year...


The organisers sell it as a 'flat and fast course set with minimal twists and turns' that has 'breath taking views around this facility' of the regatta lake and the canoe slalom course water rapids which is 'home to some of Great Britain’s Olympic athletes'. Although I don't see any today on either of my two laps.
Last year L implied she'd rather gouge her own eyeballs out than do multiple laps of Holme Pierrepont but here she is on the start line with me. Truth is, there's very little choice of races at this time of year. At least it's not as wet as last year but it is very windy. 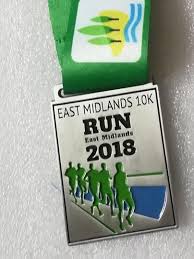 We both survive it.

In the evening, we go see I, Tonya. Which is a mockumentary type film based on the true story of US figure skater Tonya Harding.

In 1994 Harding was convicted for her part in the attack on her bitter rival Nancy Kerrigan. She, at the very least, attempted to cover up the attack which was carried out by her ex-husband Jeff and some hired thugs. This film however paints Harding as the victim, rather than Kerrigan who barely gets a mention, let alone any sympathy.

In its defence the film doesn’t pretend to be accurate, it is the account of those involved on Harding’s side. The film instead shows Harding (Margot Robbie) as a victim of life, fighting her way to the top of the figure skating world against the odds and despite the 'help' of her chain-smoking mother, LaVona (Allison Janney) who believes in the motivational power of abuse. 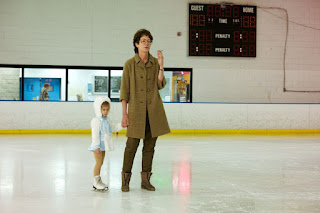 She gets slapped around all the time, first by her mother and then by husband (Sebastian Stan). However Harding’s aggressively style and technical brilliance get results on the rink but although her approach is tolerated it is not loved. She feels she is constantly discriminated against by the judges because she came from the wrong side of the tracks and couldn’t afford a smart dress to skate in.

With her likely to be outshone by Kerrigan at the 1994 Olympics in Lillehammer, Jeff and his drinking buddy Shawn (Paul Walter Hauser) make plans to intimidate her rival.

Though the men ultimately get prison time for what they did, Tonya’s life ban from skating to her was possibly worse.

It’s a decent film but in a slightly tiresome style. Margot Robbie is excellent in a role that I don’t think really suits her and perhaps because of that it is Allison Janney who is getting all the plaudits.
Posted by FitForNothing at Sunday, February 25, 2018