This morning L and I head over to Draycote Water, where we did the ten miler last year, to run one of their regular monthly 10ks. Mainly because there is nothing else on. It’s not multiple laps like the 10 miler but does require a short out and back to make up the distance. My time of 48:43 isn’t great but then it was very windy again.

After that we head over to the Toby Carvery in Chaddesden for Sunday Lunch and a mini celebration of my brother’s 60th birthday. The last time I was here it was called the Chaddesden Park and it had a ball pool. It’s not exactly more salubrious now and it’s an odd choice of venue but the carvery is plentiful, if lacking in healthy options e.g. vegetables.

Our packed day continues with an attempt to book into the Round Sheffield Run but their website crashes and everyone is asked to email in their entries. Good old technology.

Then in the evening we head to Broadway for Stan & Ollie.

The film opens in 1937 but only to remind us, not that we really needed telling, that back in the day Laurel and Hardy were one of the biggest (if not the biggest) comedy stars in the world and absolutely everybody loved them. 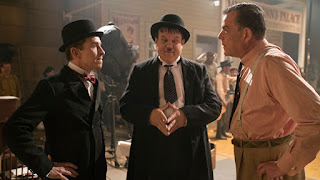 All is not perfect though. Stan Laurel (Steve Coogan), the more savvy of the two, is not happy that they are paid less than other comedy stars such as Charlie Chaplin. He wants to break with their agent Hal Roach (Danny Huston) but the fact he and Oliver Hardy (John C Reilly) have separate contracts which expire at different times make this difficult as does Ollie’s reluctance to rock the boat. In the end they briefly go their separate ways. Ollie gets a new partner and even makes a movie without Stan.

Fast forward sixteen years to 1953 and the pair have been back together for some time but their time in the limelight has been and gone. As almost a last throw of the dice they come to Britain to do a tour and to try to revive their careers. If it all goes well they hope to be able to make another movie.

The film covers this tour as they play to half empty halls and stay in some seriously seedy accommodation. Their promoter Bernie Delfont (Rufus Jones) is no help, he has his mind now firmly on newcomers such as Norman Wisdom and Abbott and Costello. 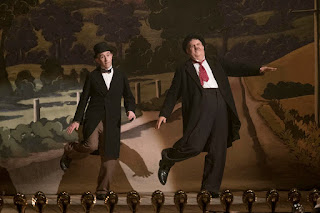 To boost ticket sales they are asked to perform embarrassing publicity stunts such as judging a beauty contest etc. Meanwhile Stan has the fruitless task getting hold of the producer who is supposedly financing their new film but the film isn’t going to happen because as the tour has shown, sadly they are no longer the draw they once were.

Towards the end of the tour they are joined by their wives, Lucille Hardy (Shirley Henderson) and Ida Kitaeva Hardy (Nina Arianda). Who are a double-act in their own right. 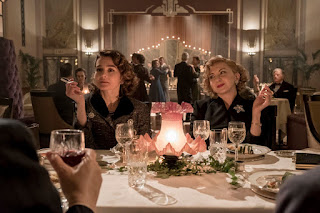 The two are by now at their lowest ebb and when Ollie is taken ill he decides to pack it all in. Stan is then paired up with a new partner to complete the tour but he knows it’s not the same. The pair of them may have had their rocky moments but really they both know can’t perform without each other. Soon Ollie climbs off his sick bed against doctor’s order, and his wife’s, to complete the tour. 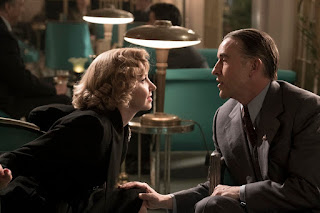 It’s a lovely film, a nice homage to Laurel and Hardy but a sad one too. Not at all what I was expecting and all the better for that. Both Reilly and Coogan play their parts brilliantly and capture the various mannerisms of the two characters. Highly recommended.