So today we get on the train and head out to Saint Quentin en Yvelines to the newly built Velodrome. This would have been the venue for the 2012 Olympics had the French not be outbid by us upstart Brits, I presume they would also have finished it a bit quicker. 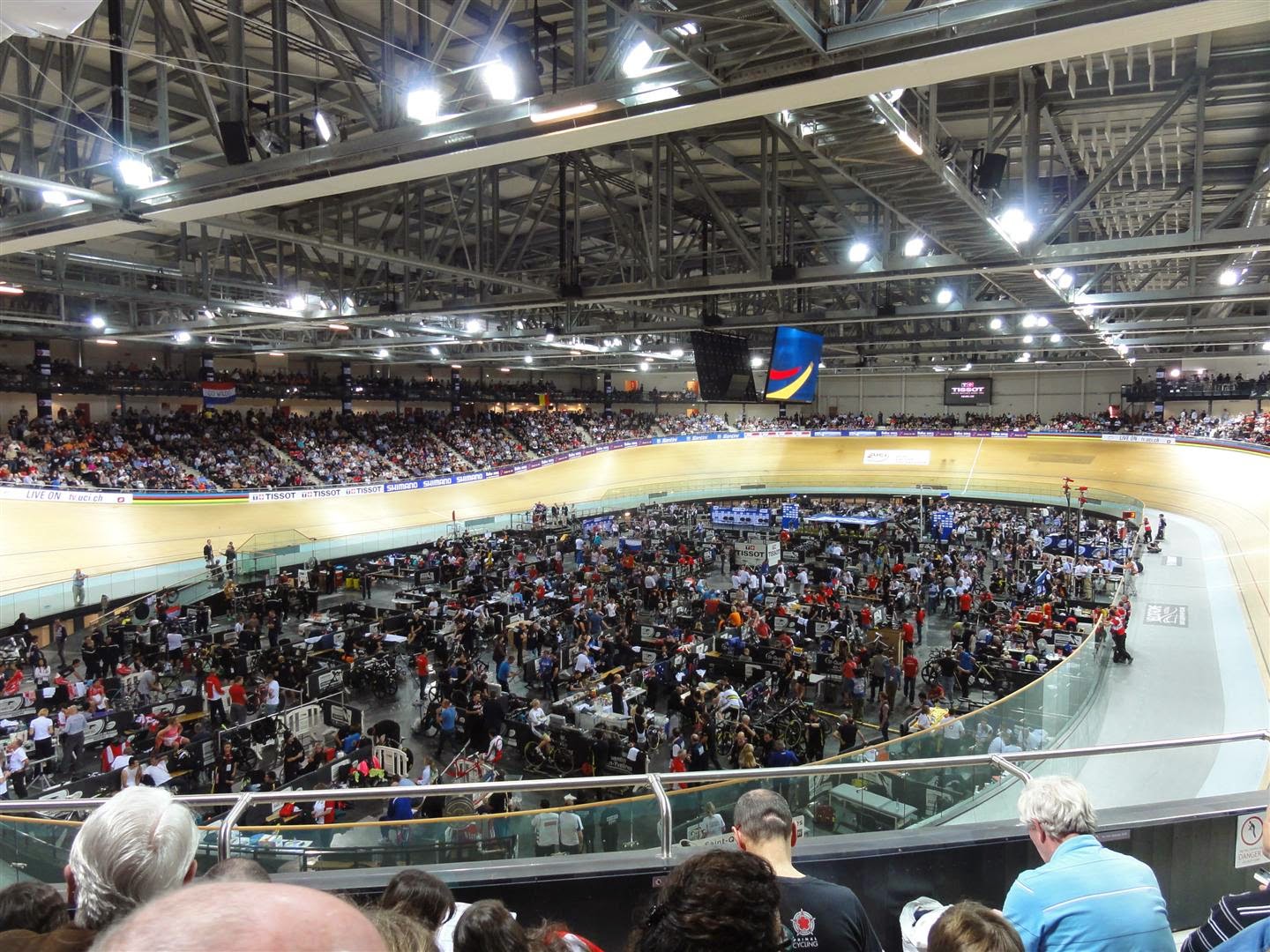 It’s not pretty on the outside like London’s is, it’s not even as shapely as the new one in Derby, which isn’t shapely at all, but inside it’s fine and functional. Well, apart from the leaks or more like the condensation that constantly drips on to the track. Luckily they have a good supply of long handled mops. 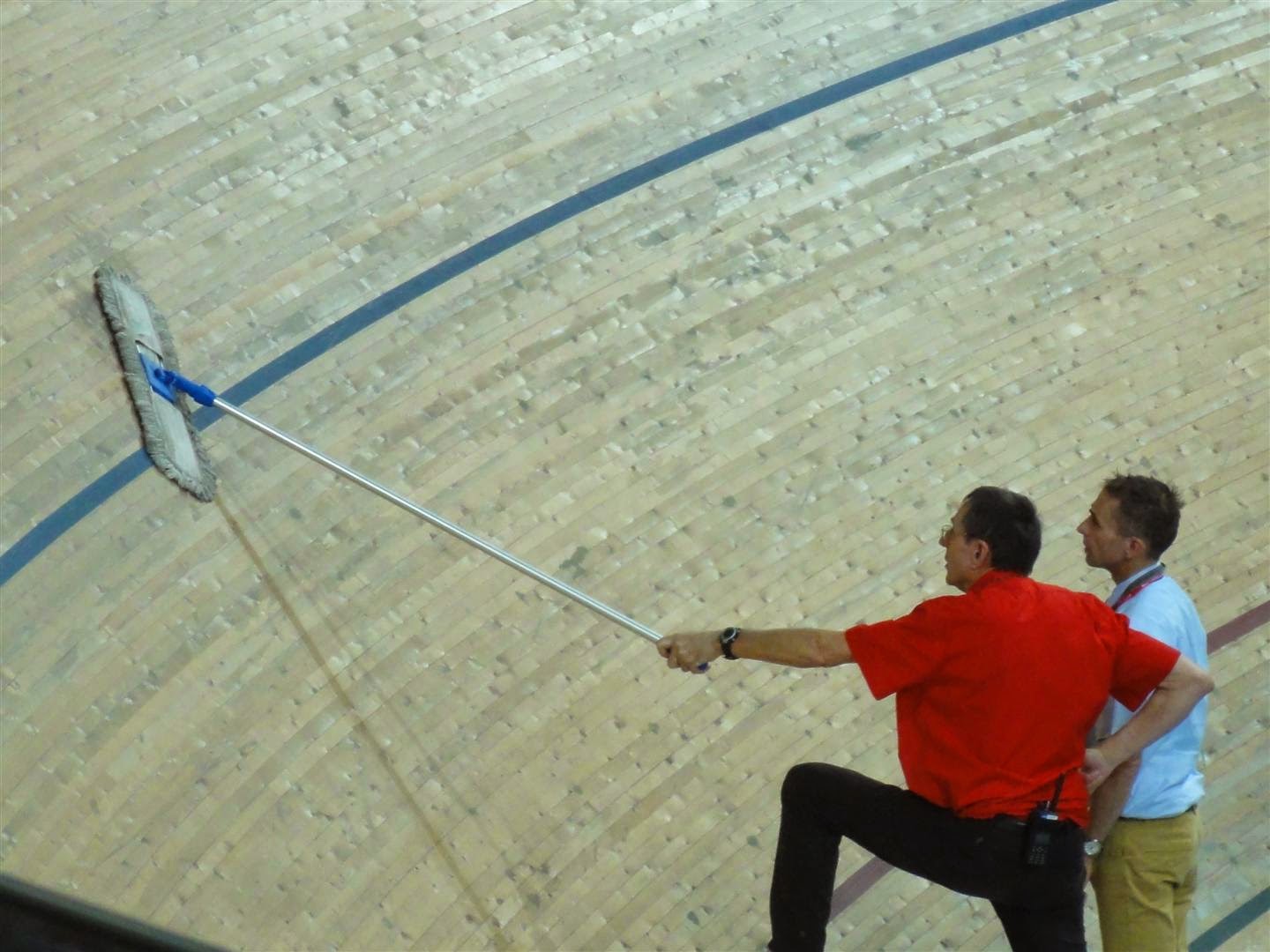 Then there’s the fact that the seating is all unreserved which causes a few bun fights and there’s not enough toilets but I’m just being picky because ours is better than theirs.

We pop out for lunch to a local bar/restaurant before the evening sessions for some food pasta/pizza and a couple of Pelforth Brunes, A couple of girls in full Dutch kit are in there on the pizzas as well. When we get back to the velodrome, the Dutch deliver a gold medal. Clearly on pizza power.

After the racing is done for the day we find that all the trains have been cancelled for engineering work. That’s so British... if we’re not happy with the fact that they’ve willingly stranded thousands of people because they won’t suspend engineering work even when a World Championship is in town, the locals are even less so.

The driver of the replacement bus service is also non too impressed at having to follow his SatNav to find all the obscurely placed rail stations he now has to troop round. He eventually gives in to the constant heckling from his passengers and gets back on the main road into Paris. Perhaps we shouldn’t complain, as we got a bus tour of Versailles and southern Paris for free.