Whimpering In The Corner


As if I haven’t already caused the credit card to hide whimpering in the corner, L asks ‘please please please can we have a new cooker?’. It was officially condemned a while a go.

She says that if the current one explodes it will damage all the new insulation as well as harm the dogs. She says she had to fetch one of the control knobs out of Doggo's jaws this morning when it fell off the cooker and he thought it was a bonio.

Did I mention we may be having new insulation? Although that will be very safe, inside the wall.

I order a new cooker, new curtains, a curtain pole and hoover bags. I just need to nip to B&Q for the rope and the duct tape now. Sorry, just having a 50 Shades moment.

Talking of films, we head to Broadway. Although not to see 50 Shades. On the way we pop in for a gym session. I do 10k on the bike, mainly standing up, and a one mile treadmill run. My calves seem ok, so plaudits to evil Mr Physio.

Tonight, Ex Machina. Nathan Bates (Oscar Isaac again, this time hiding behind a bushy beard), the wealthy CEO of the world's leading search engine BlueBook (aka Google), is a recluse living out in the wilderness (aka Norway).

Caleb (Domhnall Gleeson) is a young whiz kid who works for BlueBook and wins the company lottery with the prize being to spend a week with Nathan at his luxury home aka research facility. A place that can only be reached by travelling for many hours by helicopter. 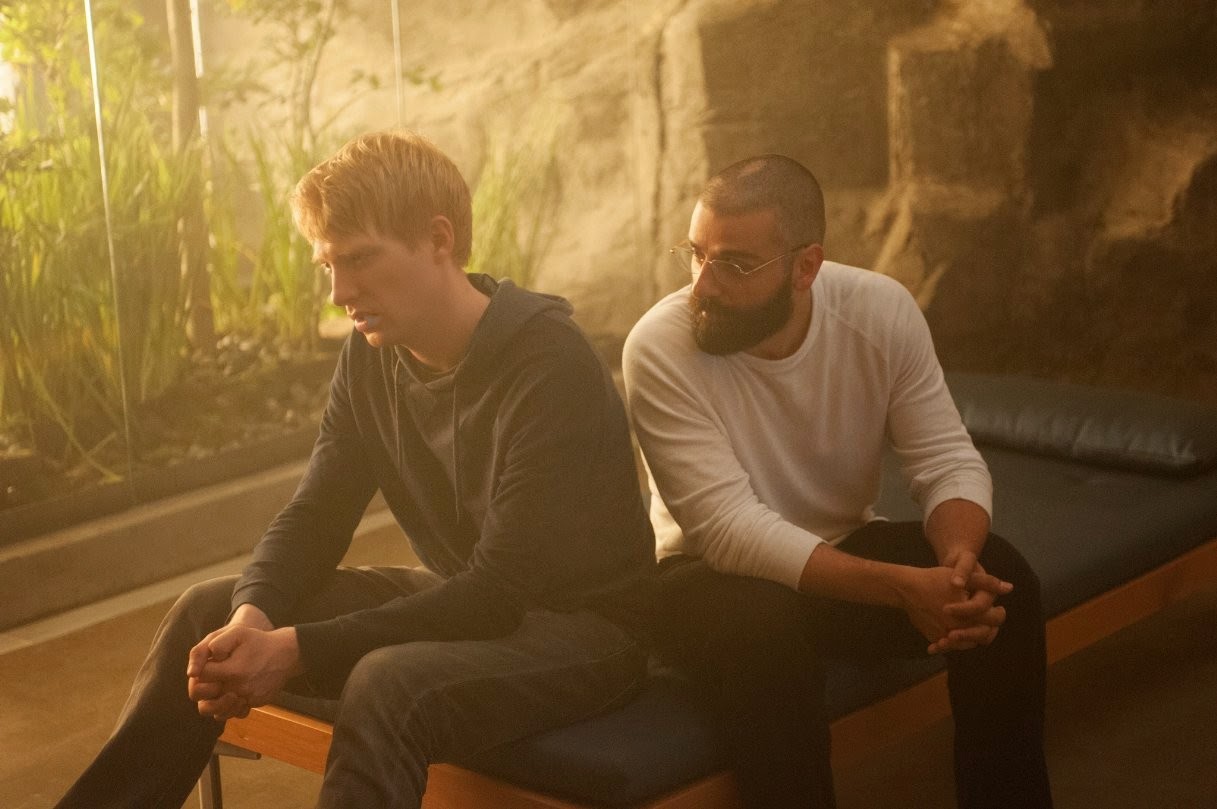 Nathan is a one man research project into the development of Artificial Intelligence. That’s robots to you and me. Caleb has been summoned (or more correctly selected) to perform the 'The Turing Test' on his creation, to see if it can genuinely pass itself off as human to another human.

Nathan introduces Caleb to the beautifully assembled Ava (Alicia Vikander again, this time hiding behind a lot of wires and cables) because, of course, Nathan only makes female robots. 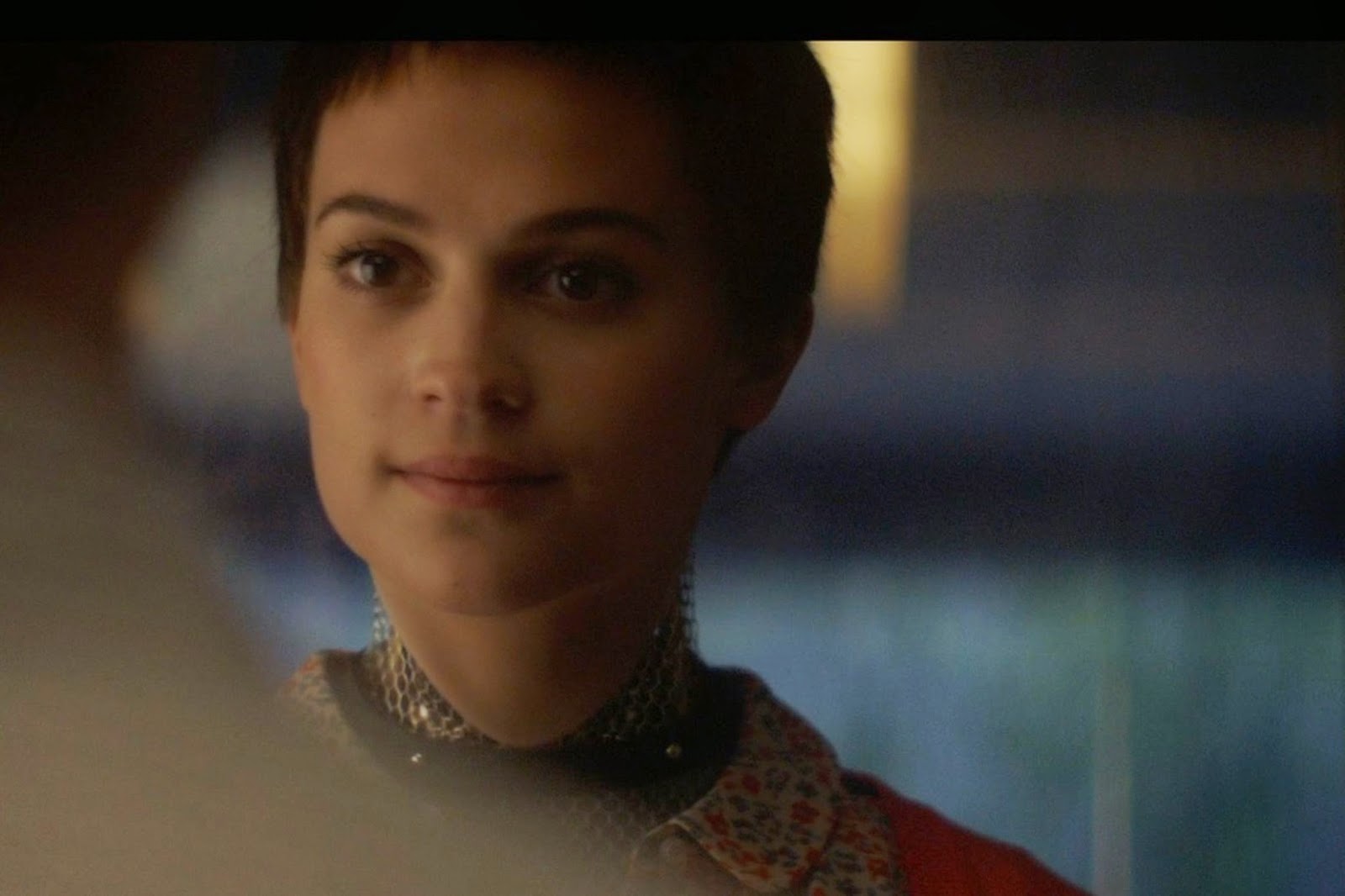 The only other person in the house is Nathan's maid Kyoko (Sonoya Mizuno), who speaks no English but seems a dab hand with a duster, a frying pan and at providing other essential ‘services’. 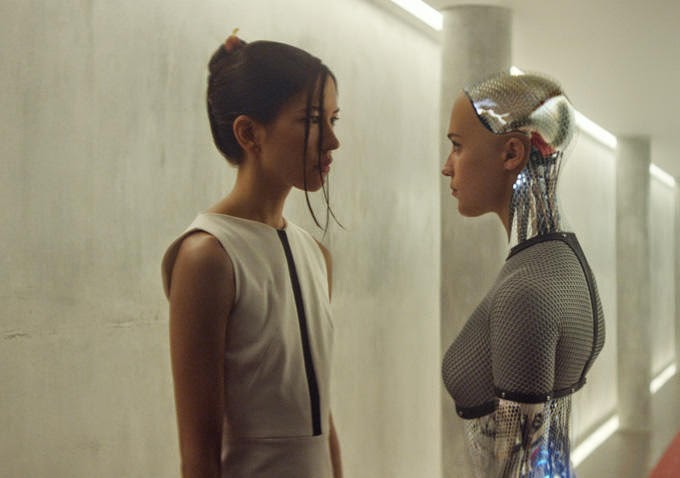 Through a series of meetings Caleb interrogates and tests Ava, whilst Nathan watches on CCTV and get drunk. However it is soon Ava who ends up being the one doing the interrogating and testing.

Caleb finds himself constantly manipulated by both the increasingly eccentric Nathan and his pretty machine, and ends up underestimating both of them. He begins to lose his mind as he finds out more about Nathan’s research and as Ava starts to flirt with him.

The film as the combination of a robot with amazing self-awareness that is determined not to have its plug pulled, your archetypal mad professor type and the classic confined/remote location scenario. This was never going to end well. 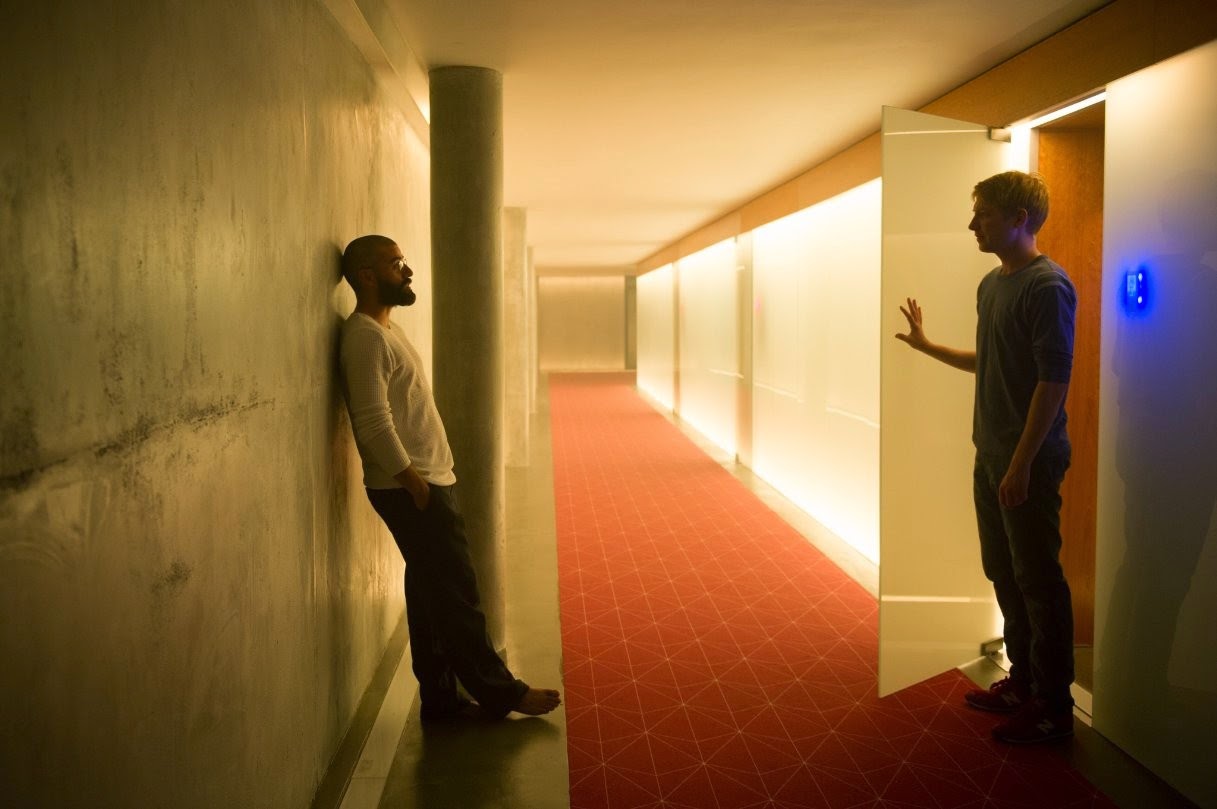 Oh and there’s a lot of full frontal nudity which could be shocking to some if these were actual real women and not robots of course. Although Ava does seem to have a bit of a problem with her own shrinking assets as the film goes on.

It’s another excellent film, we seem to be on a roll at the moment. Lots of philosophical plotting, very thought provoking and tense in places. Quite similar in many ways to last year’s ‘Under the Skin’ but miles better.

Both Isaac and Gleeson are good but its Alicia Vikander, seemingly a bit wooden in ‘Testament of Youth’, who steals the film. Unlike the script for ‘Testament’ she has much more to work with here and is infinitely better.

Ultimately the film shows that you just can’t trust women even when they’re robots and perhaps that men can be persuaded by anything, if it’s attractive enough.