More stress for Doggo today as we dump him and MD at kennels as we head off to Birmingham Airport to fly for Paris for a few days.

I have booked the flights with Flybe but they turn out to be with Air France. Not only do we fly with Air France but we are asked to check in with them. Everything goes smoothly so I make a mental note to book direct with them next time, cutting out the middle man.

On arrival at Charles De Gaulle Airport we buy a five day travel pass so that we can go wild on the Metro and SNCF trains.

In fact we are staying opposite a station, at the Holiday Inn opposite the Gare De L’Est. The subway entry comes up right in front of the hotel which is useful for dodging the persistent rain.

After testing the comfort of the bed we head off to find out what ale there is about. In France of course the answer to this is usually anything Belgian. The only decent French beer I’ve ever had is Pelforth Brune which I’m sure we’ll stumble across at some point but our first port of call is the Frog Revolution.

Frog Pubs are a chain of English style bars started in 1993. Now there are six pubs all with microbreweries in Paris, one in Bordeaux and one in Toulouse. In each site they brew six draft beers, not hand-pulled sadly but then I’ve never seen a hand pump in France. They have fantastic names such as Inseine, Parislytic and Dark de Triomphe. Clearly we have some research to do. 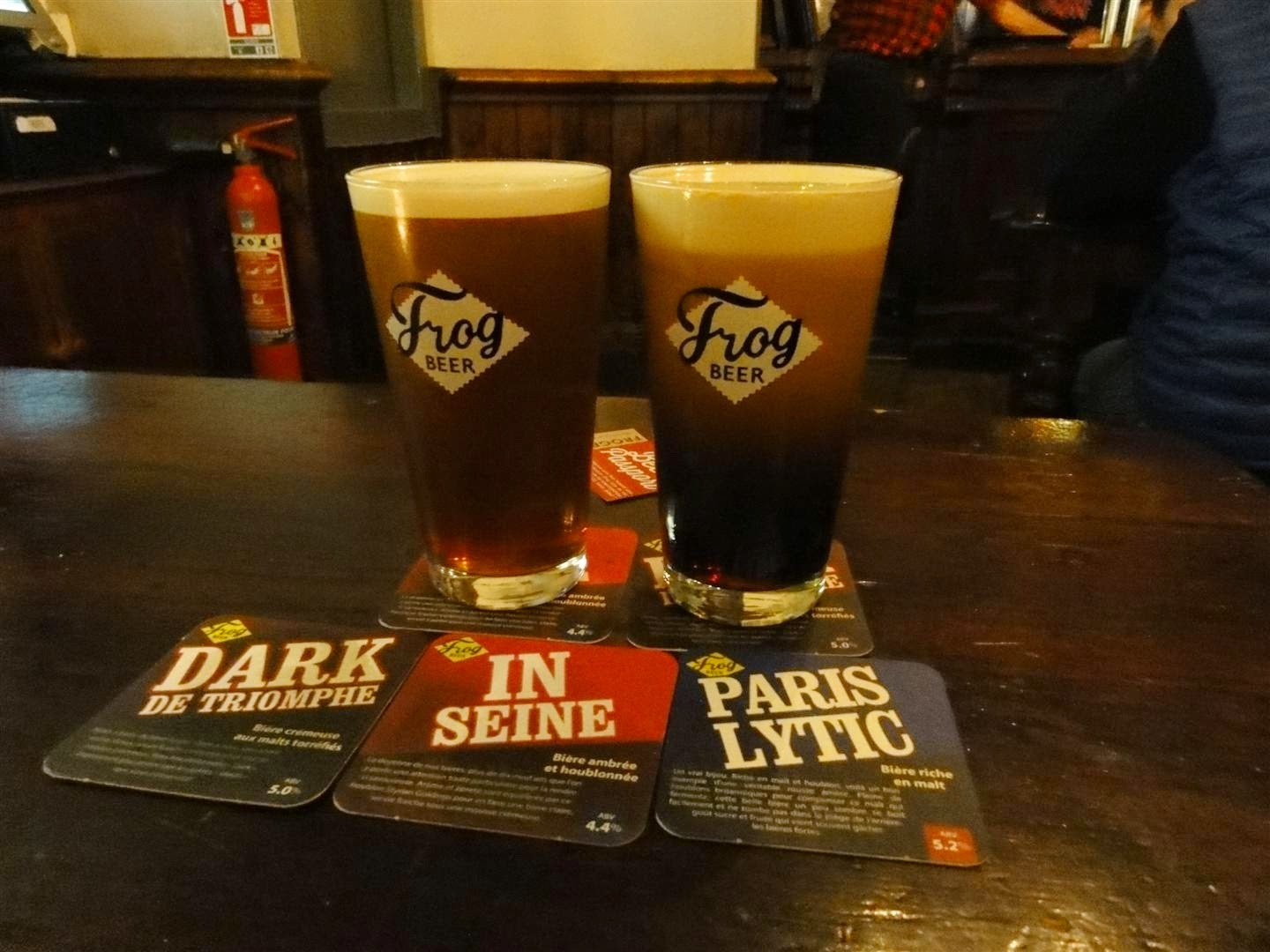