Don't Talk To Me About Railways

June starts wet and on Sunday I dodge the showers on the park while L dodges them on the back lawn with the mower. It has set in totally by the time we play tennis at 1pm but we go ahead anyway. It is fairly treacherous. Afterwards we head over to visit L’s Dad in hospital and then stop for Sunday lunch on the way back at the Nurseryman.

Monday brings the latest bout of A52 roadworks. The access road to Pride Park from Nottingham is closed for 13 weeks and the Derby bound exit is shut for a mammoth 13 months. With Ascot Drive closed as well, I opt for the bike. It’s a good decision although even cycling to work wasn’t pleasant as Chaddesden was basically a car park.

On Tuesday I risk the bus which isn’t too bad as closing the Pride Park exit actually makes it easier getting through to Pentagon Island.

The main reason I’m on the bus is I have a night out planned with my friends from school. I meet one of them in the Alexandra, where we shelter from yet more rain, before meeting the other at the Cosy Club. Which is a novel variation for us but sadly almost everything foodwise is off, so they must have been expecting me. We got something half decent in the end.

Wednesday, I’m back on the bike which is windy but dry. L and Daughter run in the evening while I go dog training for the second time this week after already having done so on Monday.

On Thursday I finally risk the car and survive to tell the tale. The journey does take longer but it’s not excessive. Getting to Sainsbury’s at lunch time however is another matter entirely but, on the upside, when I do get there there’s hardly anyone one there and there’s loads of reduced stuff. I guess these roads works aren’t doing much for their trade.

My tennis is off because my opponent has gone for a wet and windy weekend in Wales, which sounds romantic. Although I can't imagine him doing romantic. L’s tennis is on as usual. 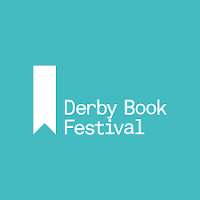 After work on Friday, I meet L at Quad as she gets me to a Derby Book Festival event and at my recommendation she joins me in going to a talk by Simon Jenkins. Jenkins is a Guardian columnist who has in the past been editor of both the Evening Standard and The Times.

He writes an awful lot of sense about current affairs and politics in general but in particularly about Brexit. As he released a book called 'A Short History of Europe' in October last year I was obviously expecting a talk along those lines but no. Jenkins is introduced as apparently being sick of talking about Europe and he is going to do a talk on another of his books 'Britain's Hundred Best Railway Stations' which he released in 2017 instead. Oh. Somewhat disappointed is an understatement.

Jenkins is a bit of a railways fan, who has served on the boards of both British Rail and London Transport, and it is interesting but seriously?