The Return Of Orienteering...

She comes down and warms up with us before her own warm up with the guys and gals from her tennis class before the tennis class itself an hour later. That's plenty of tennis!

It’s very windy for our game as it was when I cycled to work earlier. Afterwards the dogs are pleased to find their Thursday pub visit reinstated.

Saturday takes us to the new Alvaston parkrun. This is their second one and our first time here. The course is a bit on the dull side because apparently the council gave them a long list of bits of the park they couldn’t use for various reasons (most of it) but the course actually works very well.

The parking is a little bit bizarre in the car park of Derby Homes, where they lock your car in while you’re running and then don’t open it again until there around 50 of you banging on the gates. They say they’ll be locking it for good at 10:30 which isn’t good news for trade in the park’s cafe. I don’t trust them and move the car, just in case.

Part two of the day sees us orienteering for the first time in over a decade. Ironically at Daughter’s request but she misses it as she’s in Manchester watching the Elton John film. I don't think that's the only reason she's gone.

The orienteering is on Wollaton Park and I reckon I can't get lost on Wollaton Park... but who knows. The map does enlighten me to things I didn’t know existed, such as a random mini lake near one of the car parks but then when I’m there, stood on the sport, with the map in my hand, I’m still not convinced it exists.

I do two courses in the time that L does one, thanks to Lad power. I even, sort of, enjoyed it.

Then for part three L heads over to Derby Book Festival and gets home just as I head off to the Rescue Rooms.

Fatherson are not a new band, having been formed in 2010 and having recorded three albums, but they are new to me. They come from Kilmarnock and seem to have quite a following, many of whom are packed in down the front tonight. 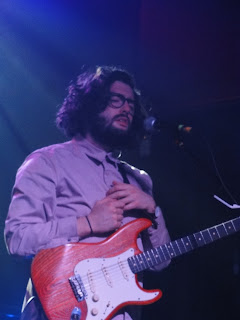 They open impressively, blowing everyone away with their first song but after the simplicity of the opening number they went a bit arty after that and also a touch robotic, losing a lot of the audience in the process. They’d probably grow on me in time but tonight I felt like I’ve overdosed on them a touch by the end of their half hour or perhaps I was just desperate to get on with the main event.

It’s another box ticked tonight as I finally get to see the Futureheads live, who I totally missed out on when they were in the pomp even missing them at Leicester’s Summer Sundae Festival in 2010 despite having a ticket because I went to the football... Shortly afterwards they went all Acapella on us before disappearing completely, seemingly without trace. 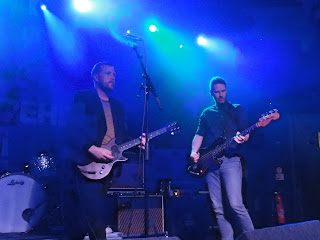 I wasn’t confident we'd see the four Mackems back together and on stage again but here they are, bursting into ‘Yes/No’ from the ‘News And Tributes’ album and seemingly with renewed enthusiasm, which is very infectious. Next comes ‘Area’, bizarrely a top 20 hit from 2005 on the back of a famous cover version they once did. Things are rocking now as ‘Struck Dumb’ and ‘Meantime’ furiously tumble forth. 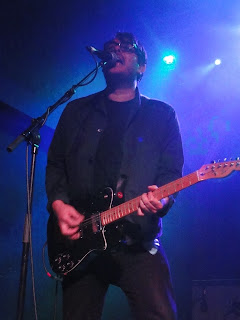 Then it’s a pause for breath and a new song ‘Good Night Out’ sung by Ross Millard, then it’s back to Barry Hyde for ‘Decent Days and Nights’.

Another new song ‘Listen Little Man’ and then already we seem to be hurtling towards the finale. The other Hyde, Dave on drums, clearly working from a different setlist plays ‘Radio Heart’ but everyone else plays ‘HeartBeat Song’ which is outstanding, then it’s a particular favourite of mine, the gorgeous, ‘Back to the Sea’ before a fast flowing triple whammy of ‘Skip to the End’, ‘The Beginning of the Twist’ and ‘Carnival Kids’ bring things to close. 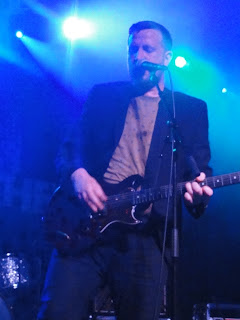 We’re all exhausted but they’ve only been going 45 minutes. Earlier Hyde seem to know exactly how many days it was since they’d last played Nottingham, although I’ve no idea if he was correct. He promised to make up for it by making this show last three weeks, which Millard pointed out would be a bit difficult give the 10pm curfew. So, on reflection guys, 45 minutes seems.. well... a bit brief? 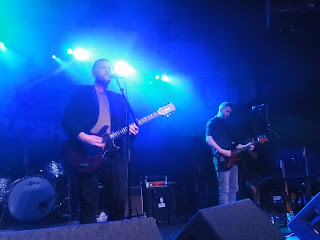 The encore is perhaps a little odd. Opening, fair enough, with comeback single ‘Jekyll’ but then continues with two cover versions. Firstly the Television Personalities 'A Picture of Dorian Gray' which they covered on their ‘1-2-3-Nul!’ EP back in 2003 and then yes, they do still play Kate Bush's 'Hounds Of Love'. The song which sort of made their name but you have to say they have plenty material of their own that they could have played which far surpasses it.

This stretches out the gig to an hour but they still finish 30 minutes inside the curfew. In their defence they do look drained, having put their all into it and it is so good to have them back.

I meet L afterwards for a drink in first the Overdraught and then the Blue Monkey.