Today the inaugural Cycle Derby Sportive from outside the brand new Pride Park Velodrome, which isn’t open yet. Which I’m sure must have been the original intention. So it's a rather large publicity own goal as the Velodrome isn't due to open until January, I’m not sure a January sportive would have been that much fun. 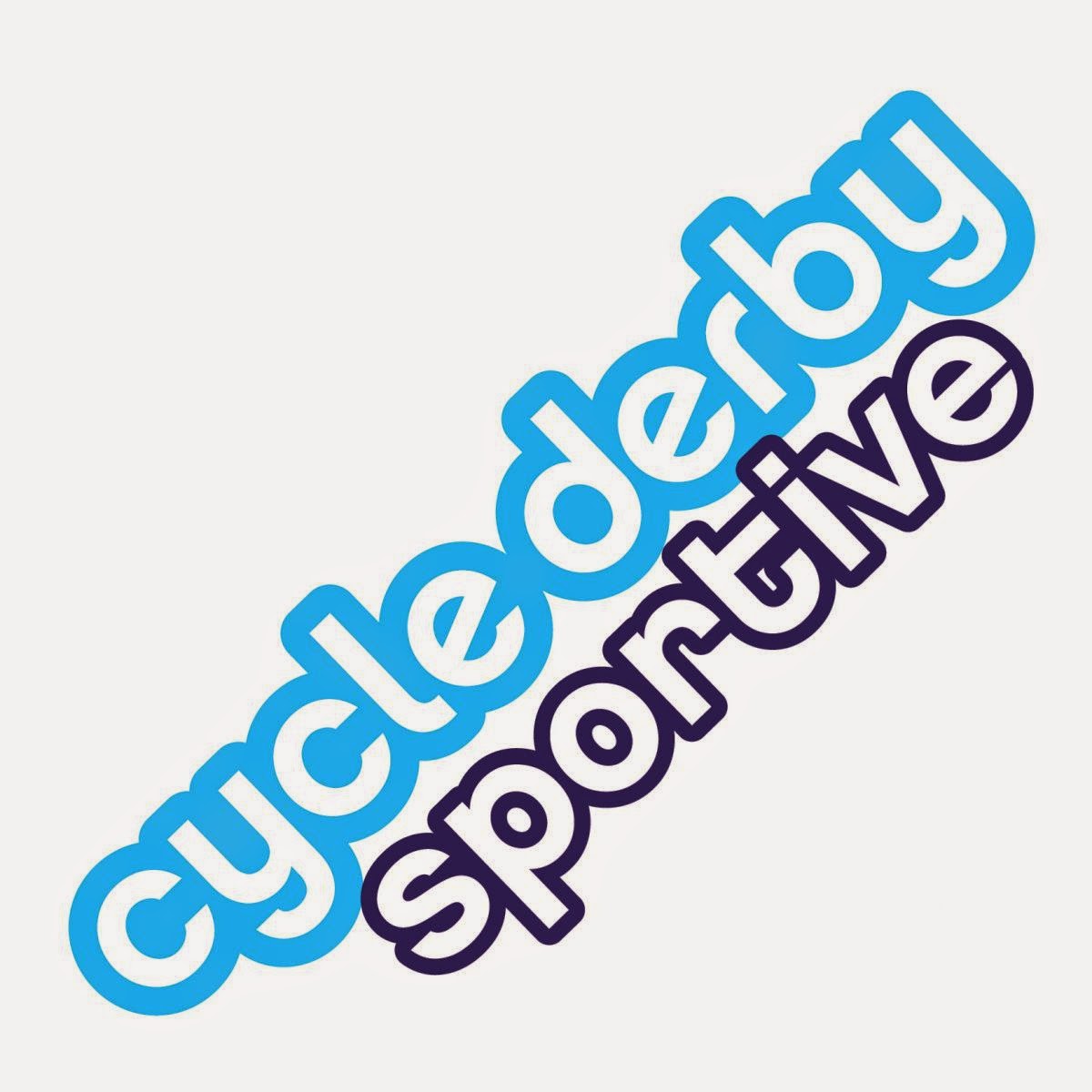 Both L and I have opted for the 50 mile route and as it’s a mass start, we start effectively hand in hand. We are waved off by the compère who does Ironmans, Derby County’s Rammie who showed up late and my father who has come to document the event. 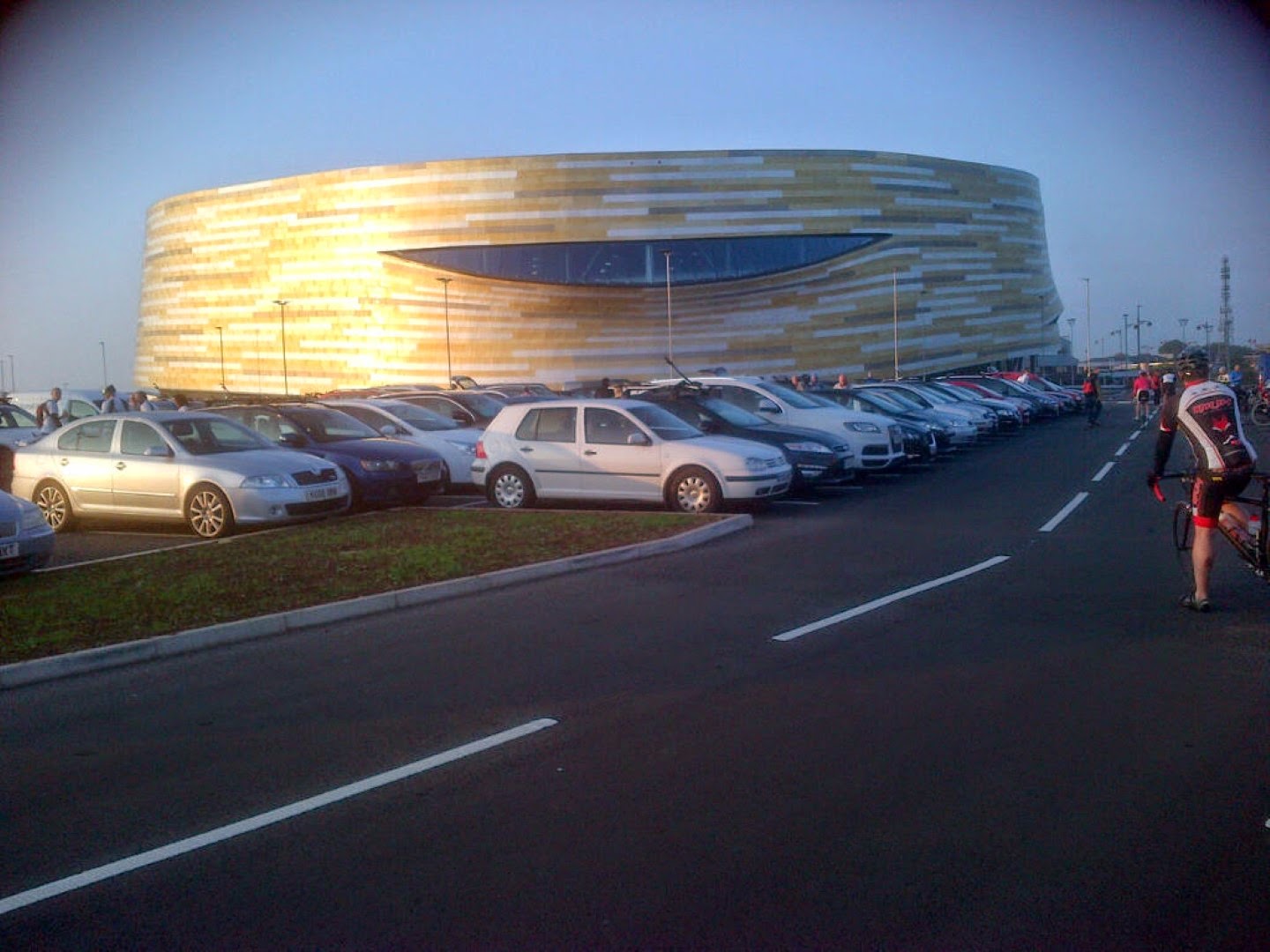 There are over a thousand cyclists and it’s turned out to be a really sunny day to take on the Derbyshire countryside. 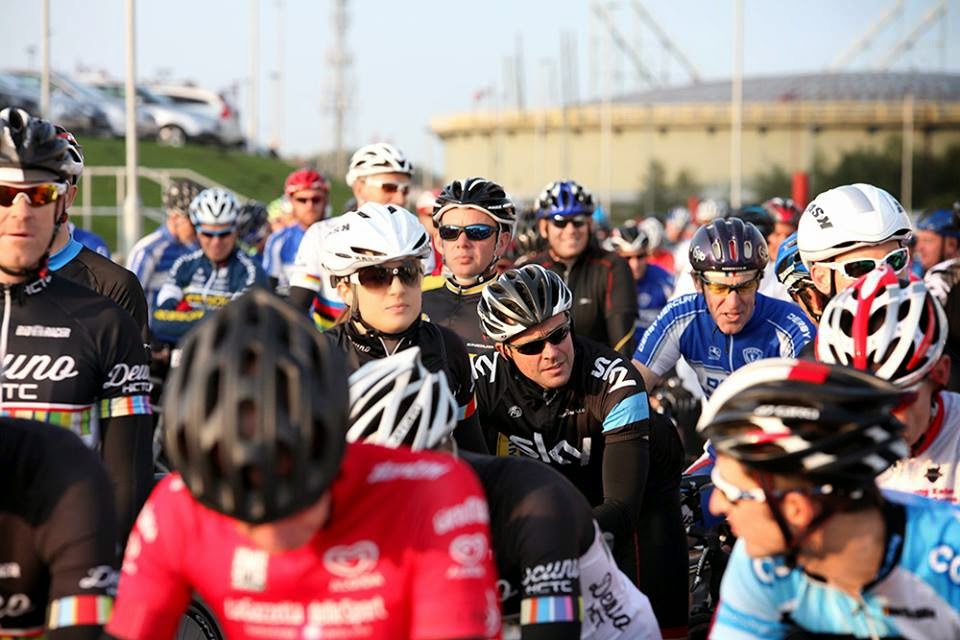 It’s an interesting course and they take us through Derby on coned off roads. It isn’t quite the city centre route that was promised on the map but it’s not bad. The first challenge is a lap around Carsington Water and the climb up to Middleton, albeit from the gentle side.

I reach the first checkpoint just past Middleton, 21 miles done, in 1:20. The feed has the usual energy stuff but no cake, only haribos and bananas. L texts to say she’s lonely and quite possibly the Flame Rouge. I attempt to raise flagging spirits.

There is cake at the second stop at Coxbench, yay, 36 miles down in 2:22. The cake is appreciated as there’s been some interesting climbs around Crich and Heage which made Middleton Top look like a molehill. It’s also a nice touch to have Derby College students filling your drinks bottles for you. Apparently James Corden did the short route (the wimp) but didn’t stop at the feed station much to the students’ dismay.

After Coxbench, I finally get down on the aeros and blitz the last bit. Job done, 52 miles in 3:14.

Overall I thought it was a good route and well organised. The only criticism really was that the direction arrows were plentiful but a bit small. Quite a few folk took wrong turns and had to yelled back onto route by the rest of us.

L texts... go home I’ll be hours. Hmmm, bit of chivvying required. I pedal back to Locko Park which is on the route and only 3 miles as the crow flies from the finish. Then I ride the route with L, another 10 miles in all.

A very good day, although it does take several pints of Directors in the Admiral Rodney later to get over. We take the dogs for an evening there and had planned to eat there but the menu is so uninspiring that L proposes a curry from the Park Tandoori. Who am I to refuse?