Tonight we are at Broadway.

Molly’s Game is a true story based on the autobiography of Molly Bloom who ran high stakes poker games in Los Angeles and New York before finding herself subject to an FBI investigation, standing accused of illegal gambling and colluding with organised crime gangs.

The film opens with Bloom (Jessica Chastain) trying to convince a lawyer, Charlie Jaffey (Idris Elba), to take on her case. We then see the rest of the story through flashbacks. 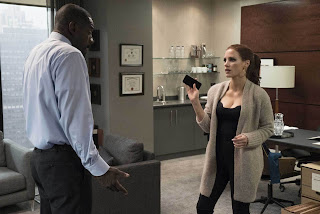 Bloom was a decent freestyle mogul skier, albeit pushed by her overbearing father (Kevin Costner), who didn’t quite make the Olympic team for Salt Lake City in 2002. She ends up severely injured which terminates her skiing career. However her competitive instinct serves her well in later life.

She skips law school to becomes a waitress at a club in Los Angeles where she meets Dean Keith (Jeremy Strong), a real estate developer and she becomes his personal assistant. He has a side-job running underground poker games and he soon involves her in that. 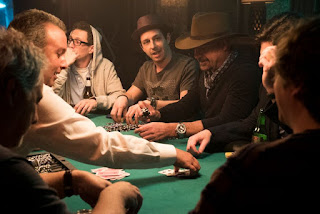 Molly quickly learns how to appeal to the players, whom include many famous and wealthy individuals including film stars, to gain tips. This include the terribly un-PC approach of the ever lowering of the necklines and lifting of the hemlines of her dresses, until you think they’re going to meet in middle. As a career move it works and she runs rings around all of the men but she is smart too. 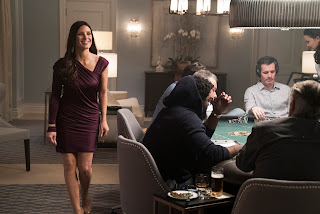 Her boss feels threatened by her popularity with the players and fires her but Bloom is
now well known enough to strike out on her own, which she does and steal Dean Keith’s players from him.

It all goes well until a few of her players start to run up unmanageable debts and then when she falls out with her number one player, known as Player X (Michael Cera), she is sidelined. However, instead of giving up she moves to New York to set up a new game. 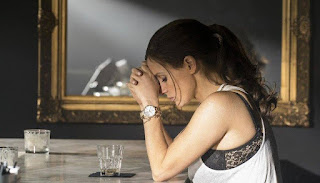 Despite more success, she is again unable to cope with the players who cannot pay and she starts illegally taking a percentage of the pot to cover her losses. The mafia kindly offer to ‘help out’ with the bad payers and after she declines she is beaten up in her home. Then when one of her players is charged with running a Ponzi scheme everything begins to collapses and Molly herself becomes under investigation. 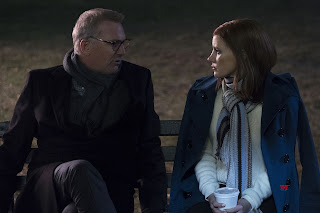 I do love a real story and this is a good one, entertaining and well told. It cracks along at a speedy pace and boasts a marvellous performance from Chastain. She is phenomenal and she owns this film as much as Bloom herself owned the poker game. Highly recommended.