The boys and I are at a dog show today and apparently the Jukebox café are missing me. It seems we are all regulars now.


So I miss parkrun as well where L is now racing her sister, although virtually as she’s at a different one. This could get competitive.

L and Daughter also do their bit for public service when they catch a shoplifter in Debenhams but unfortunately the shop isn’t interested. So if you want somewhere to rob, Debs is the place.

The dog show doesn't go great, we were both pretty awful in our three runs in the morning but slightly better in our two in the afternoon but there are no great heroics to report. We are saving ourselves for Crufts.

In the evening its another trip to Broadway as we attempt to get through all the good films that are only released at this time of year. Tonight 'All The Money In The World'.

It's a true story of course that in 1973, 16-year-old John Paul Getty III (Charlie Plummer) aka Paul, grandson of the world's richest man John Paul Getty Snr was kidnapped in Rome by an organized crime gang. The kidnappers demanded a ransom of $17 million which the older Getty (Christopher Plummer) refused to pay because he really didn’t want to spend the money. 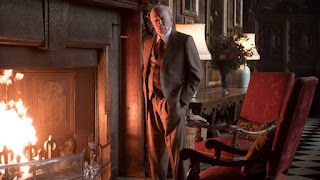 Instead it was left to Paul’s mother Gail Harris (Michelle Williams), ex-wife of John Paul Getty Jr (Andrew Buchan), to do all the battling and negotiating for her son’s release. She had gained custody of all Getty’s grandchildren when they divorced in exchange for not taking any of Getty’s precious money as alimony. However, this means that she has no money herself to pay the ransom. 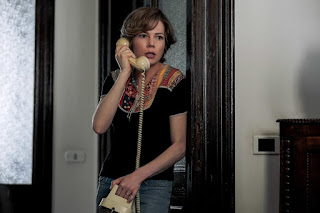 Getty asks Fletcher Chase (Mark Wahlberg), an employee of his and part time thug, to somehow get Paul released, cheaply.

Weeks go by without anything happening, aside from a burnt body turning up in a river which they initially think it is Paul but it isn’t. It’s one of the kidnappers who was killed by his colleagues after accidentally showing his face to Paul. 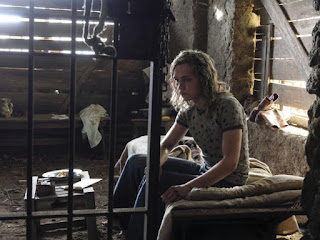 The kidnappers then lose patience and sell Paul on to a different gang who reduce the ransom demand to $4 million which causes Getty Snr to finally agrees to contribute something but only $1 million. Which is the maximum amount that he can claim as tax deductible and that is on the condition that Gail gives up custody of all the children.


However with the random still $3 million short, the kidnappers cut off one of Paul’s ears. Only when this turns up in the post does Getty grudgingly, under pressure from Chase, agree to pay the full amount. 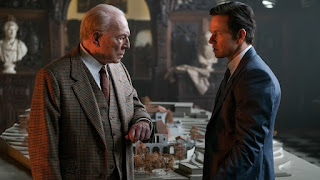 Gail and Chase take the money to Italy and attempt an exchange for Paul, but he has legged it as soon as he was freed. Then when the captors realize that Chase has also led the police to them, they too are hunting Paul. This time to kill him. 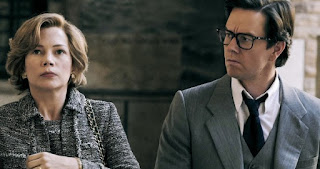 There is a happy ending of course. Paul is saved and the elder Getty dies leaves his wealth to his kids, not that any of it is in cash. It has all been invested in paintings, sculptures and the like. Most of which are now in the Getty Museum.

Rather impressively many scenes were quickly and cleverly reshot with Plummer after Kevin Spacey was removed from the role by the director Ridley Scott but only after shooting was complete. It is a credit to Scott and to Plummer that you really cannot tell. Plummer in fact is excellent throughout.

Meanwhile Wahlberg is an odd choice for his role and in a film where everyone else is pretending it really is 1973 the rather wooden Wahlberg seems to be playing himself. 2018 style.

It’s an informative film but one that seems to have taken liberties for a more exciting plot and is quite unbelievable in places. Decent watch though.