Don't Wait Up Because I Won't Be Home

So to my second Feeder gig in four days, well it is a special occasion being their 21st Anniversary.

They are supported by a young indie quartet from Leeds called Marsicans, who go down pretty well with the sold out crowd both for the quality of their performance and their infectious enthusiasm. 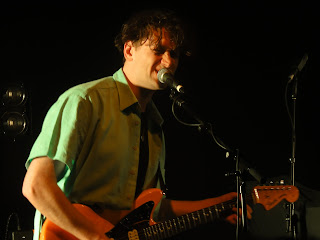 As regards Feeder, the big question for me is whether anything different would be chucked in to what they played in Leeds. Apparently they teased the Birmingham crowd on Thursday by offering 'Crash', another oldie, but didn't play it. 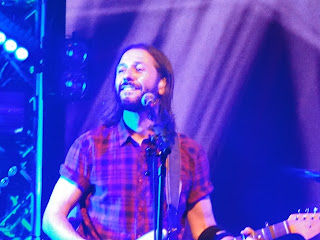 Their crowd are a diverse bunch. They have amassed a devoted following over the years that has stuck with them through thick and thin. For them, this Tour has been a sort of payback time with the band delving deeper into their classic debut album 'Polythene' than we’ve seen for many a tour. Among the many that are here reliving the old days, you could probably include the band themselves. Although judging by his Mohawk and shades, no one has dared tell Taka that he's over 50 now. 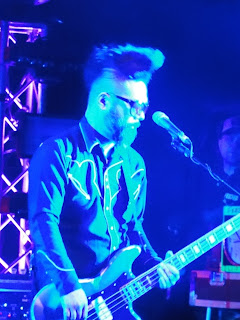 They have also continued to attract new fans and I don’t think they’re all the offspring of their older fans. Popularity wise, the band are bigger now than they've been in fifteen years and are selling out decent sized venues up and down the county.

The gig itself turns out to be very similar to Leeds, obviously just in a better venue. There is a slight set change in that 'Stereo World' is moved earlier to follow equally terrific 'Insomnia'. This means that the three in a row from ‘Polythene’, that happened at Leeds, doesn’t occur tonight. In fact it’s not even two in a row because, as expected, the set is trimmed to fit Rock City’s curfew and ‘Cement’ loses out. Fully vindicating my trip to Leeds.

Marooned on it’s own 'My Perfect Day' steps up gallantly to fill the void and soars ever higher tonight as it is joyfully welcomed home by all the hardcore oldies (and youngies) down the front, me included. 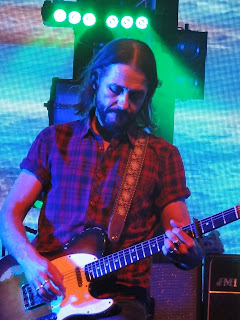 Other highlights are another ‘Polythene’ song that is a set regular ‘High’ which is emotionally dedicated to Jon Lee, the band’s former drummer who is no longer with us. ‘Piece by Piece’ is again outstanding and ‘Yesterday Went Too Soon’ sublime nestled in the middle of the five song encore.

Hopefully those who have come mainly for the hits from the early 2000s will also appreciate these early songs and also Feeder’s material from the last decade which includes some of their finest work. Songs which Grant Nicholas is always rightly very proud of and keen to play. The likes of ‘Renegades’, ‘Borders’ and ‘Eskimo’ show what those who haven't been paying attention have been missing out on. 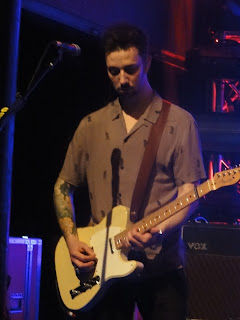 Appreciate it I think they do. Nicholas himself looks almost shocked at how well everything goes down and I am intrigued to see where Feeder go from here. Their set has always been a bit of a hits package because Nicholas has always seemed reluctant to leave anything ‘big’ out in case he offends anyone, which can makes things a touch repetitive at times. He’s got around this dilemma for this tour by pushing the set out to two hours, and they have cleverly paced it as well, never playing more than two nights back to back. This has enabled them to jump deeper into the archives to keep awkward customers like me happy. 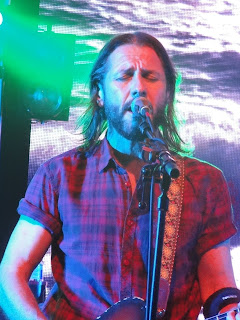 The question now is can they put the genie back into the bottle and go back to shorter sets? Probably not... I hope not... and this celebration of their first 21 years won’t kill off the repeated calls for ‘Polythene’ to have a birthday tour of it's own. Here's to the next 21 years...

Afterwards I meet up with some friends who were also at the gig and then we all meet up with L who is waiting for us in the Organ Grinder.
Posted by FitForNothing at Friday, March 16, 2018