There has been a rash of Parkrun cancellations over the last few days - Shipley, Sherwood Pines, Clumber, Gedling, Forest Rec, Beeston, Colwick, Bestwood etc all off. The last man standing, Parkrun wise, is Clifton. Which is one that, until today, L and I didn’t even know existed.

Clifton’s course is run entirely on grass which is how it has survived the weather. Last week only 34 folk were here, this week 204 eager runners ignore the advice not to travel unless absolutely necessary to head to Clifton because, obviously, Parkrunning is absolutely necessary.

L, Daughter, myself and the three boys are all here. Doggo has a good wander around after the run but then slips and struggles to get up again. I carry him back to the car.

I was sort of dragged to tonight's film, A Fantastic Woman. On the surface of it a subtitled Chilean flick about a wronged transgender person didn’t really rock my boat. However, I was wrong. My boat was somewhat agitated and it also showed that my partner doesn’t always pick bad films. 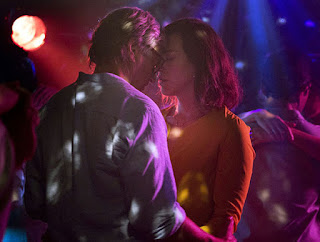 Marina (Daniela Vega) is a young transgender woman living in Santiago where she works as a waitress and as a singer in a night club. She is in a relationship with a much older divorced man called Orlando (Francisco Reyes).

After a romantic night out, which ends with Marina staying over at Orlando’s flat, Orlando falls ill. Marina attempts to take him to hospital but he ends up falling down the stairs of the apartment building. This not only results in his death but, because he sustains significant bruising in the fall, the police get involved.

The police make her go through an intimate medical examination in case Orlando was abusing her and that was why she ‘threw' him down the stairs. All the while they insist on referring to her by her birth gender and calling her Daniel.

She gets an even frostier reception from Orlando’s already bitter ex-wife Sonia (Aline Küppenheim) and his grown up son (Nicolás Saavedra). They just about tolerated her existence before but are now completely open with their dislike of her. 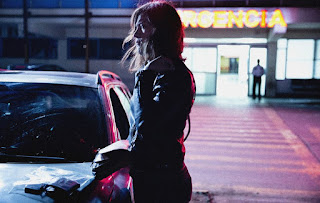 Marina finds out very quickly that she has no rights as Orlando’s girlfriend, that she must vacate his flat, give up his dog and won’t be welcome at his funeral. Some of the extended family go as far as to threaten her. 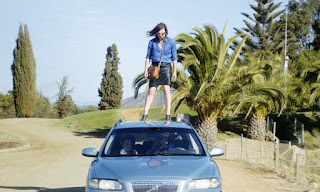 It is an enthralling film in which Vega is excellent as Marina and yet I can’t help thinking that had she not been transgender but instead just his young live-in female lover then things wouldn’t have been much different. His ex-wife and son would still have loathed her, the funeral would still have been off limits and the police would still have been suspicious about their relationship. However none of this needs to distract from what was still a very good film.