‘The Best Exotic Marigold Hotel’ is not really my sort of film, it even has a terrible title, but here I am anyway... on a 2-for-1. It is based on the novel ‘These Foolish Things’ by Deborah Moggach, which is a much better title in my opinion.

We are introduced to the seven main characters, a motley crew, all of a certain age, who have all fallen for the so good it can’t be true advertisement for the ‘Best Exotic Marigold Hotel’ encouraging them to outsource their retirement to Jaipur, India. 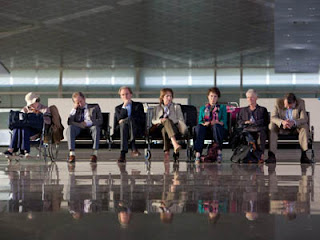 After an arduous journey, they finally arrive and can congratulate young entrepreneur Sonny (Dev Patel) on how nicely he Photoshop-ed the advert. He has an admirable ambition to run the hotel ‘for the elderly and the beautiful’, all he lacks is the money to do so. 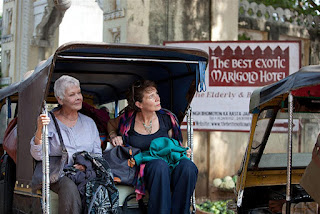 The guests settle in, dust off the furniture, crush the cockroaches and tuck into their traditional British roast of... goat curry.

The cast is impressive. There’s Celia Imrie as the much married Madge who’s had enough of babysitting duties back home. Ronald Pickup plays the ageing womaniser Norman while Maggie Smith plays Muriel who hates all things foreign but accepts hip surgery in India. Tom Wilkinson plays Graham, a judge who walks away from his career to return to his boyhood India and to track down a former gay lover. 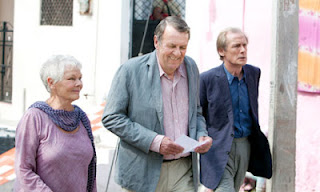 Naturally we have Judi Dench, she plays Evelyn who has been impoverished by the death of her debt ridden husband and Bill Nighy who is Douglas, one half of a couple, the Astley’s, who have been bankrupted by their daughter (we know their pain). Penelope Wilton play his miserable wife Jean. Jean hates India whereas it Douglas feel liberated. You hope that eventually he’ll be liberated from her too and so it proves. She is the only one who fails to let go the past and to embrace the future. Travel is of course supposed to broaden the mind, well some minds anyway.

As a backdrop, India itself steals the show. There’s also a nice side story as Sonny tries to woo his call centre sweetheart Sunaina (Tena Desae). 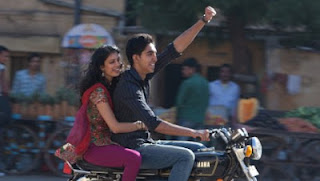 As a film it’s not too taxing, well not taxing at all really. As charming as it’s predictable, with many of the jokes as old as the cast. It’s a fluffy dog story without the fluffy dog. Come to think of it, why isn’t there a dog? Fluffy or otherwise. Why didn’t one of the characters have a four legged friend? Major oversight.

It’s not a word I'd ever use to describe a film but L described the film as ‘lovely’. So there you go. Lovely. Apparently.