The tent is battered overnight my persistent Yorkshire rain, in the morning though it brightens up and soon turns in to a glorious day contradicting the gloomy forecast.

We are on the route of the race tomorrow and today just four miles off it. So we walk those four miles, along with plenty of other folk, to Addingham. Even Doggo seems up for it. 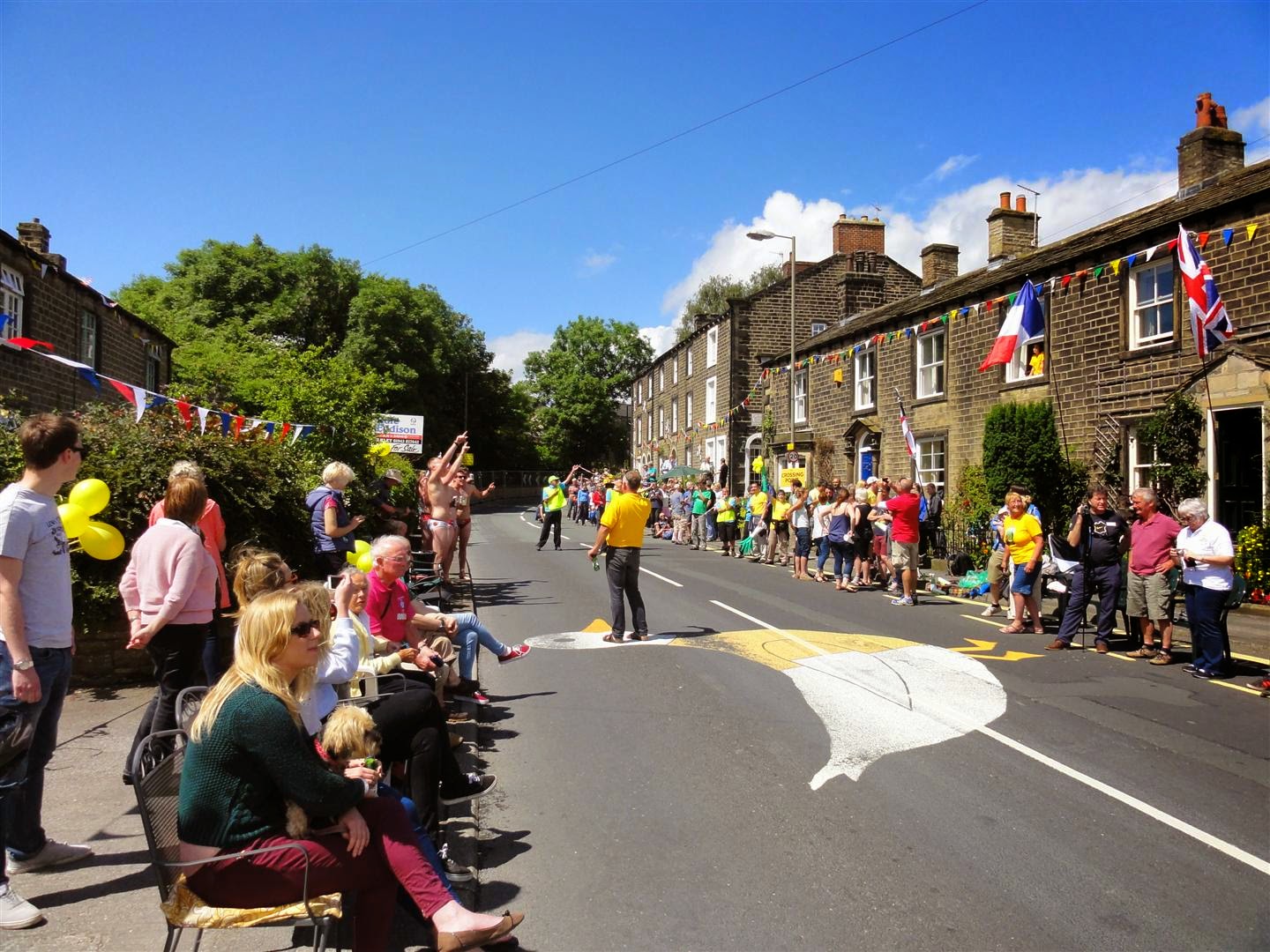 Addingham has the unique honour of being on the route both days. We set up outside one of the local pubs, watch the publicity vehicles go through and then a couple of hours later the race itself. Some of the women watch the Lancaster Uni Water Polo team in their Speedos instead. 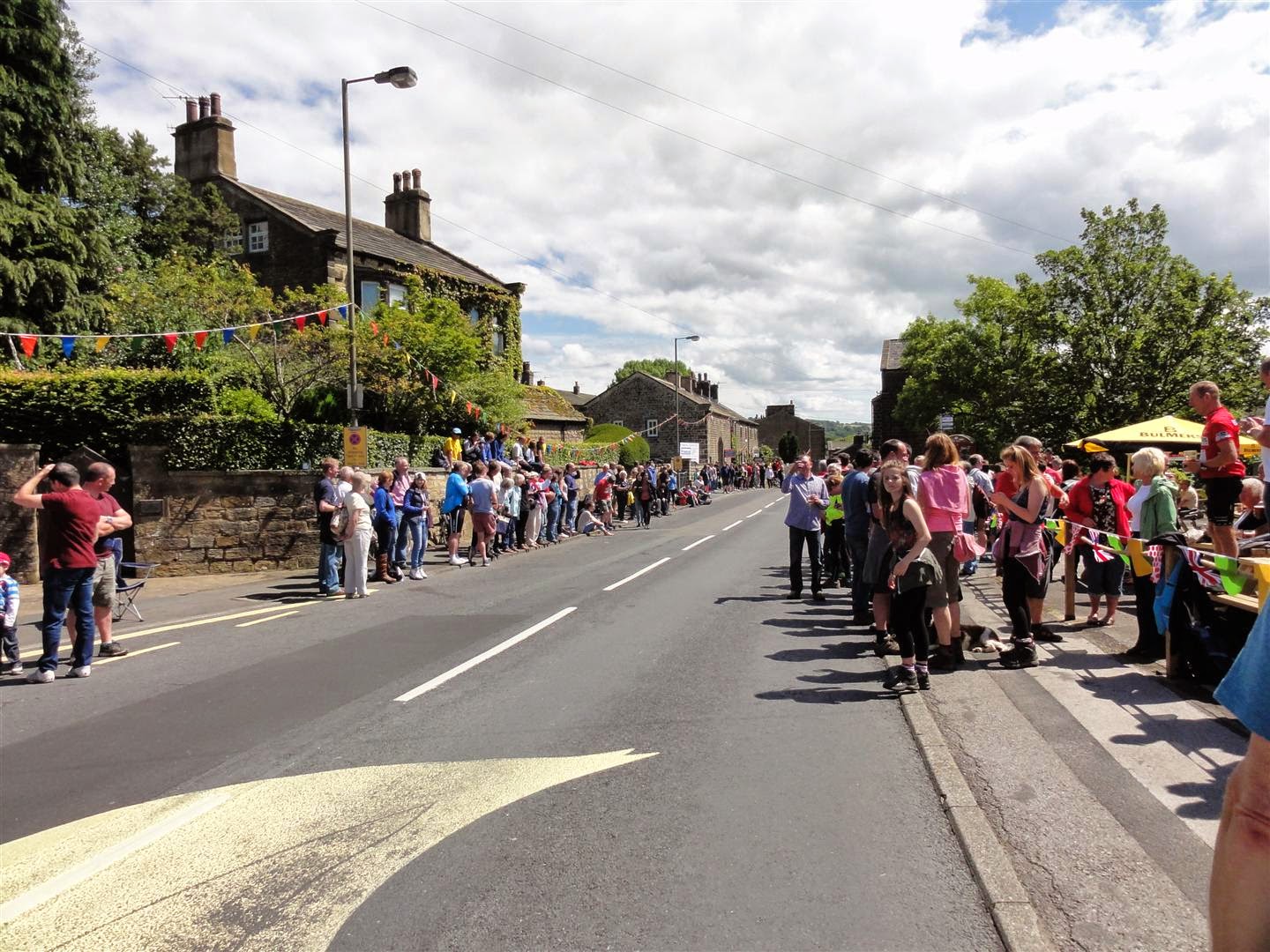 There are masses of people out on the route saying ey up to Le Tour and give it a reet good Yorkshire welcome. 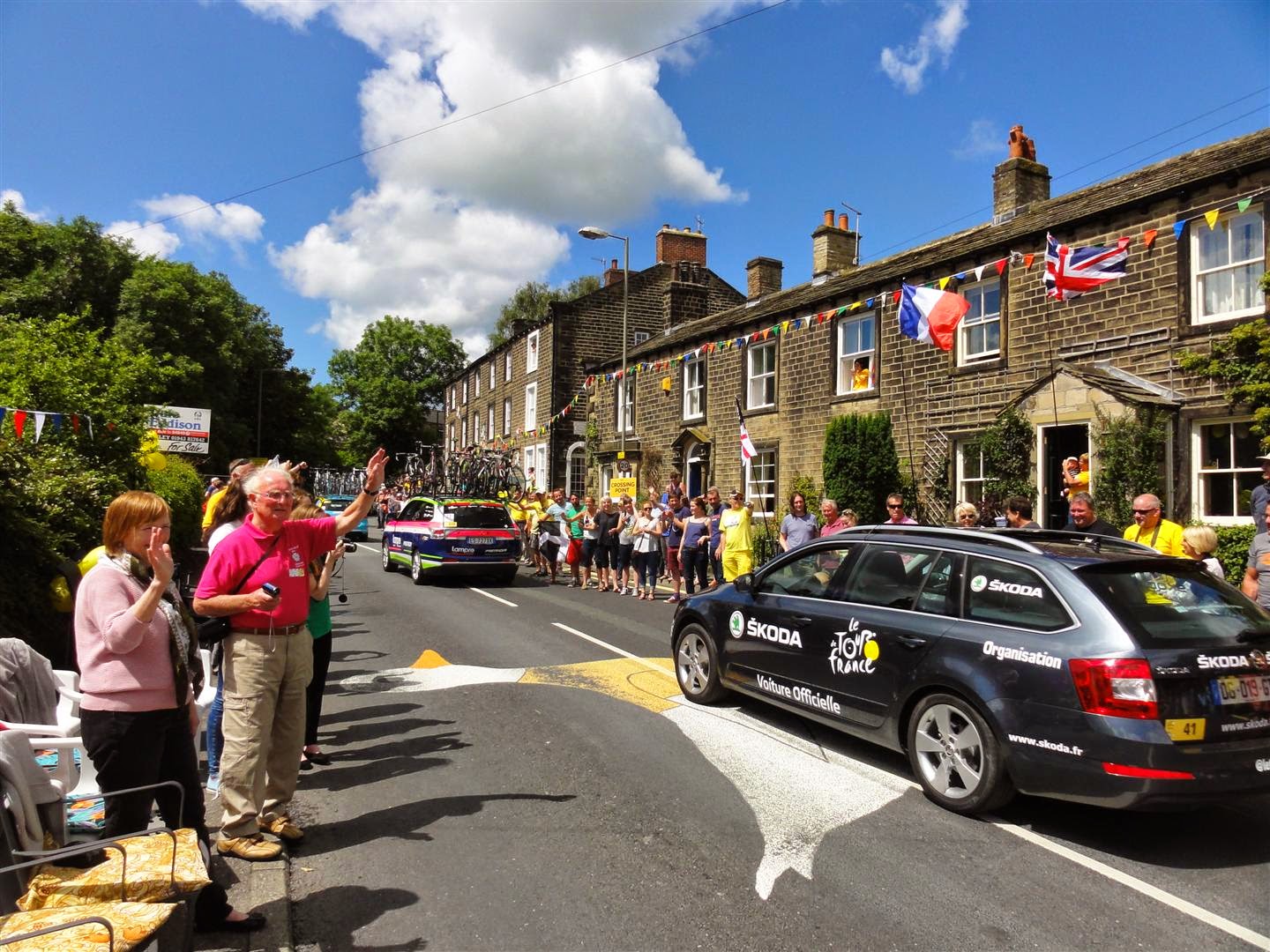 After the race has gone through and they’ve all headed off to scale the Cote de Buttertubs, we watch some of the action on a big screen that a farmer has put up in his barn before heading back to the campsite where I watch Cav’s terminal crash on the tv there.

In the evening we check out the remaining two of Silsen’s four pubs and can confirm that not one of them serves food in the evenings. Not even when the place is awash with Tour de France tourists = opportunity missed.