We have set up camp on the quiet side of Loch Lomond at a place called Cashel. This was actually as close to Glasgow as we could get, most campsites already being booked up due to the Commonwealth Games. 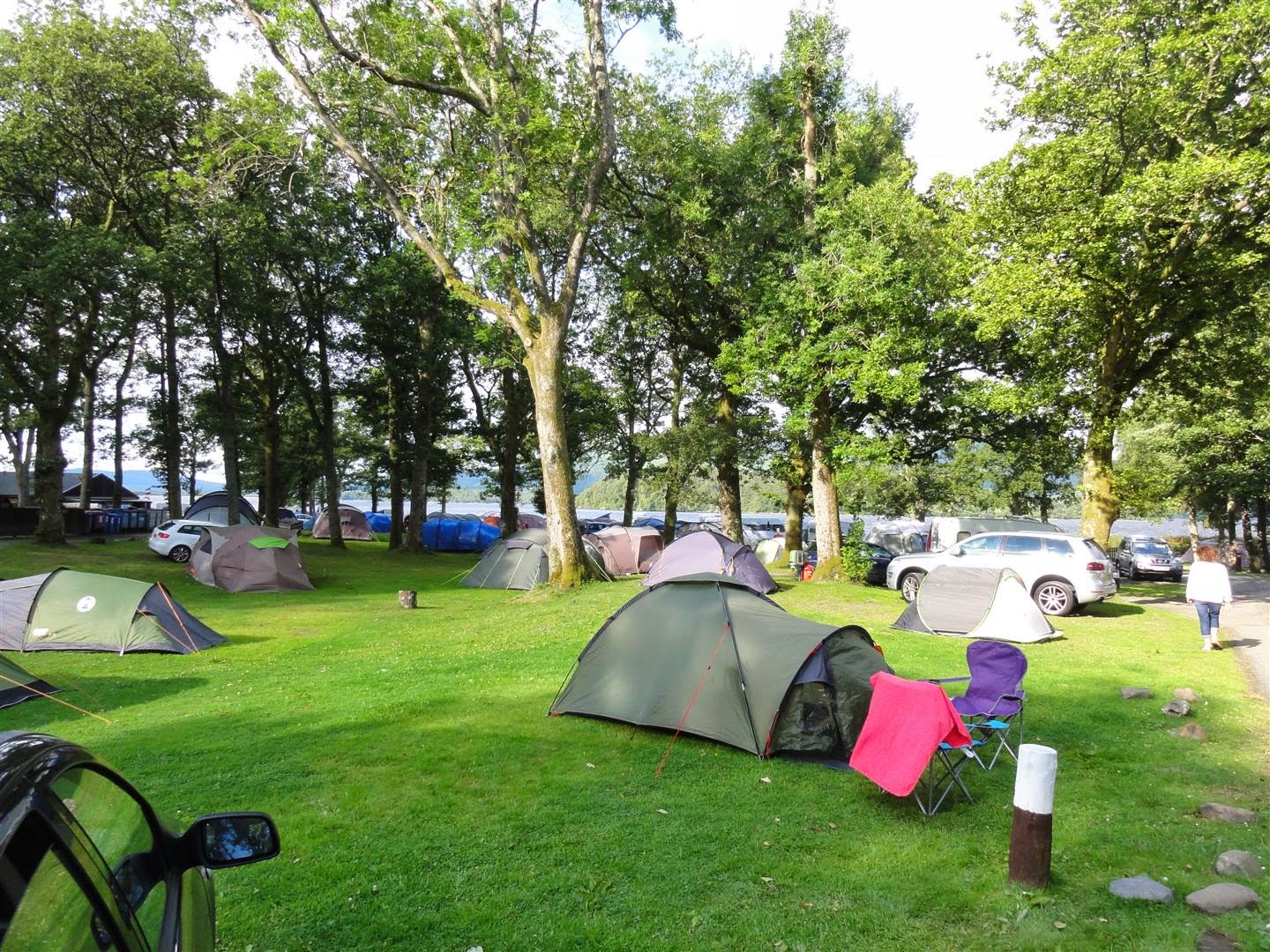 This is the side of Loch Lomond you can’t drive up as the narrow road runs out a bit further up the road at Rowardennan. We’ve visited Rowardennan once before, thirteen years ago, when we got a boat over from the other side of the Loch where we were camping and climbed Ben Lomond in the rain with the two kids. Afterwards we dried out, warmed up and waited for the return boat in the Clansman bar of the Rowardennan Hotel. I recall us drinking coffee with whiskey chasers which was probably because the beer wasn’t any good. Thirteen years on the beer still isn’t any good, the thriving Scottish real ale scene hasn’t penetrated Rowardennan yet and Belhaven Best on keg was the best they could offer. It was awful and I swore not to have another one this week.

On the day of our Commonwealth Games trip we drive south and drop the boys at a kennels close to a place called Bearsden. Sadly they are to be interned overnight whilst we enjoy ourselves without them. 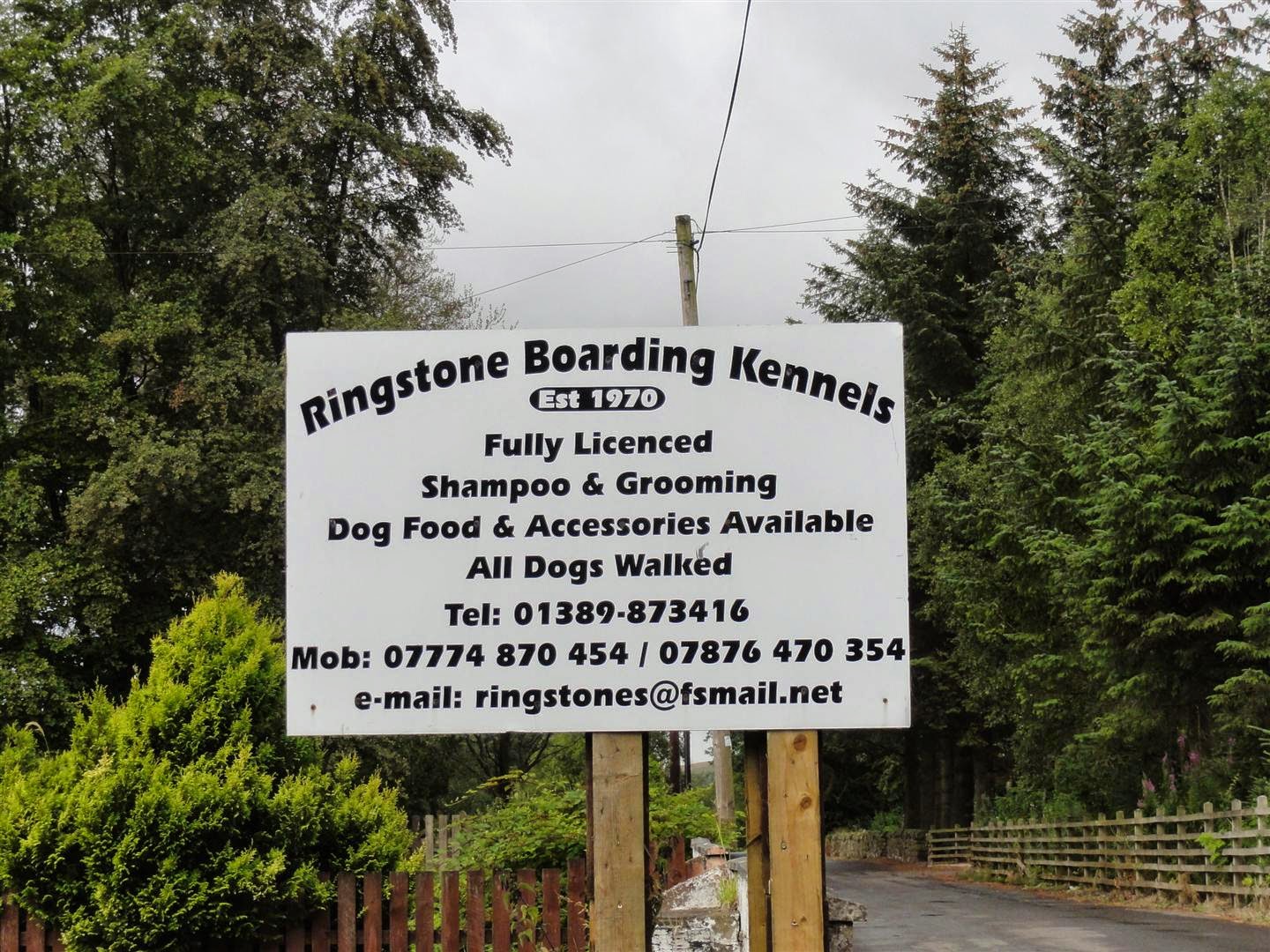 We manage to find a train station close by, where we park up and head to Scotstoun Sports Complex where the squash is taking place. All public transport costs are included in the games ticket prices.

We see several games of doubles on the glass show court which they have made bigger for the doubles. That’s an odd thing to do as all the other games are taking place on normal squash courts around the centre which cannot be resized without taking down a few walls. 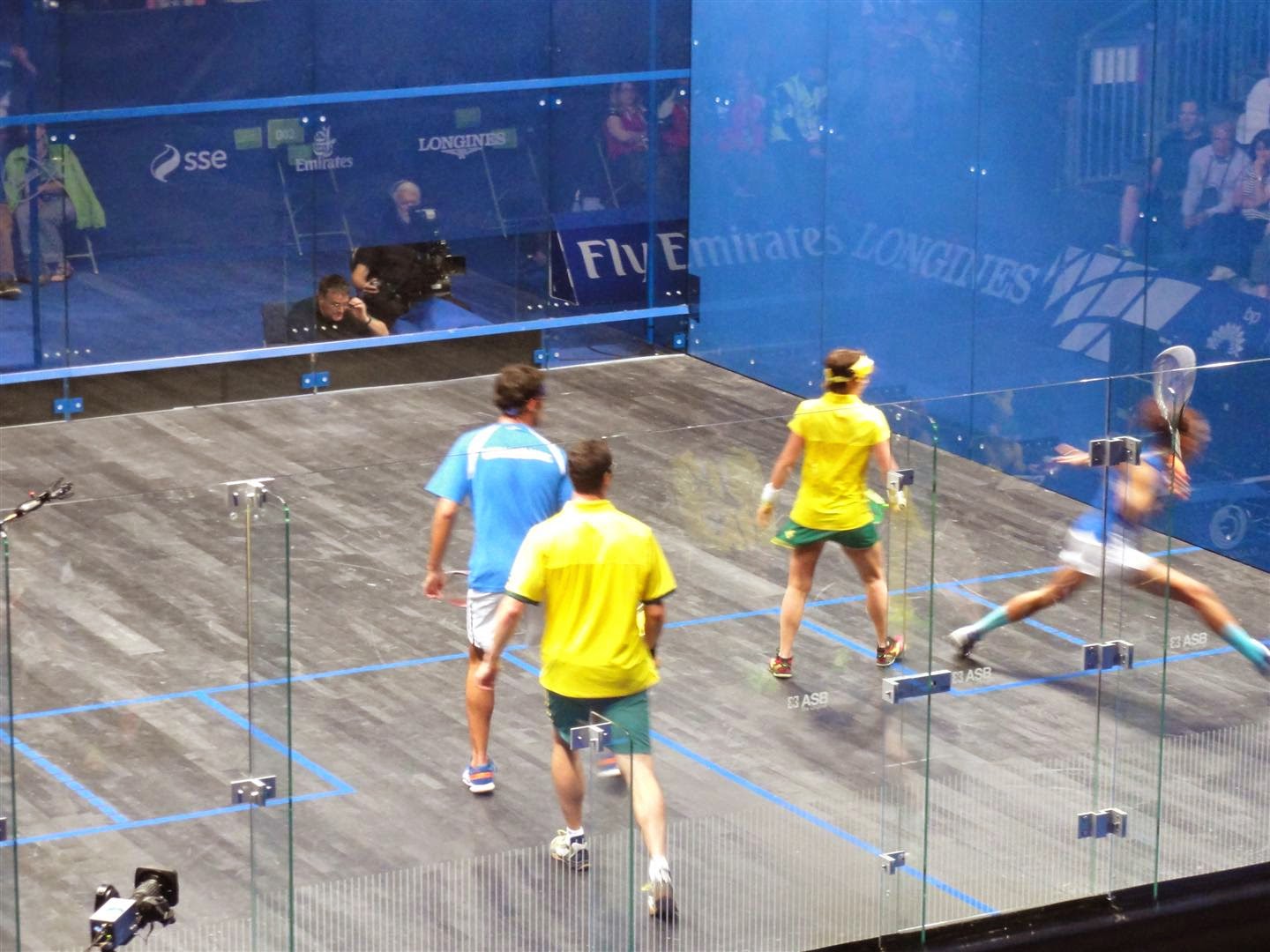 The games we see are first round games and are largely one sided. Australia beat Jersey 2-0, England beat Malta 2-0 and Scotland beat Trinidad & Tobago 2-0 in the men’s doubles. Then in the mixed doubles Australia lose the first game to the Cayman Islands but then cruise through the other games to win 2-1 before England beat Trinidad and Tobago 2-0. It’s interesting to see the tactics the pairs use with England and Australia both pairing a right hander with a left hander. In the mixed the girls always get to play on their forehand. 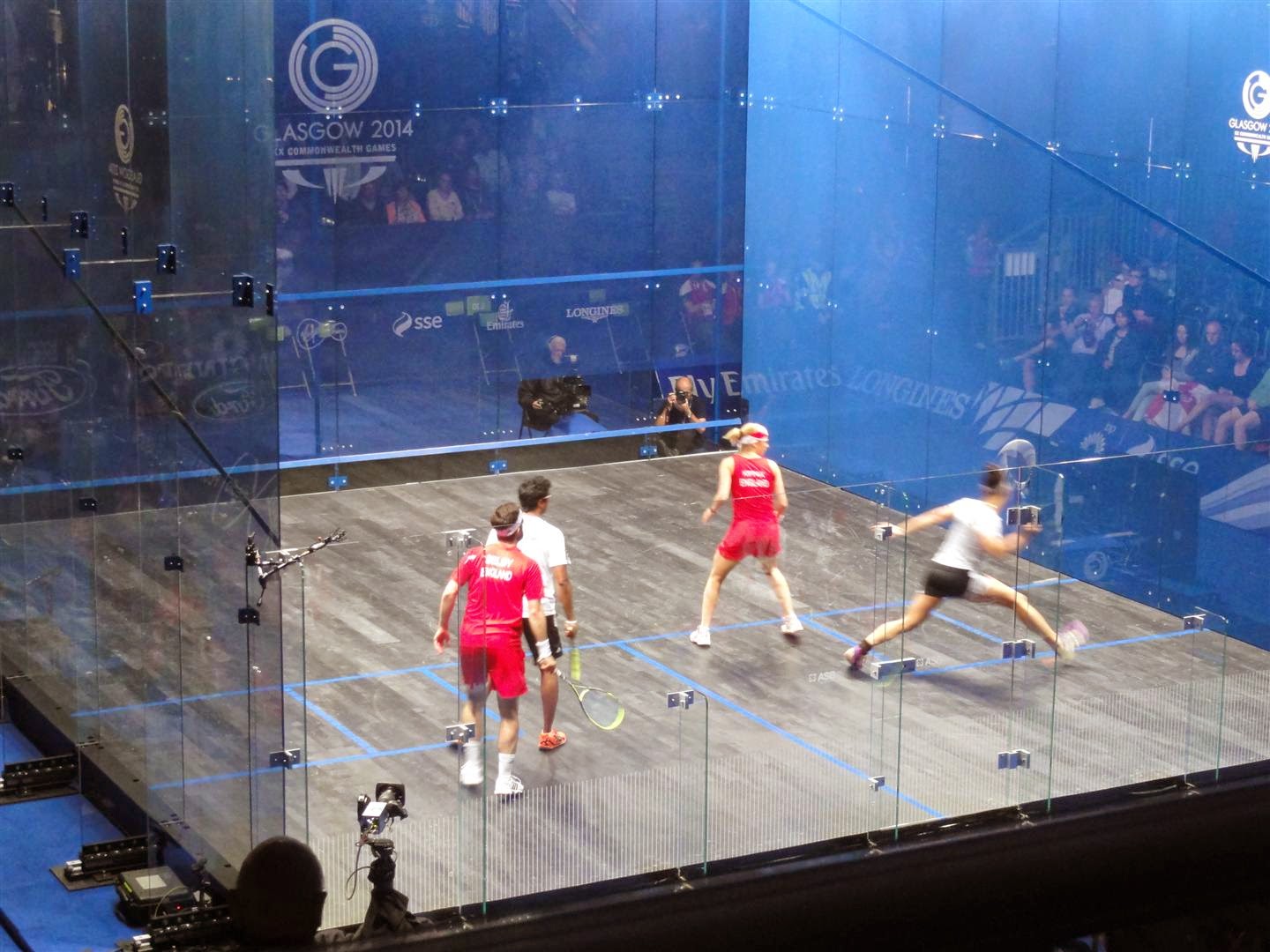 After the squash is over we head to the centre of Glasgow for some lunch which we have at one of those cheap sandwich places that aren’t actually very cheap before we head to Hampden Park for the athletics.

When we get there we are pleased to find that our randomly selected (by the internet) row G seats are actually on the front row until we discover out that a TV camera has sat in our seats and we will have to be seated elsewhere. We are offered seats right at the back. Naturally I am inconsolable at this and protest profusely. We are sent to the ‘ticket resolution centre’ where a very nice young lady swaps our tickets for front row ones right at the start of the 100m straight. 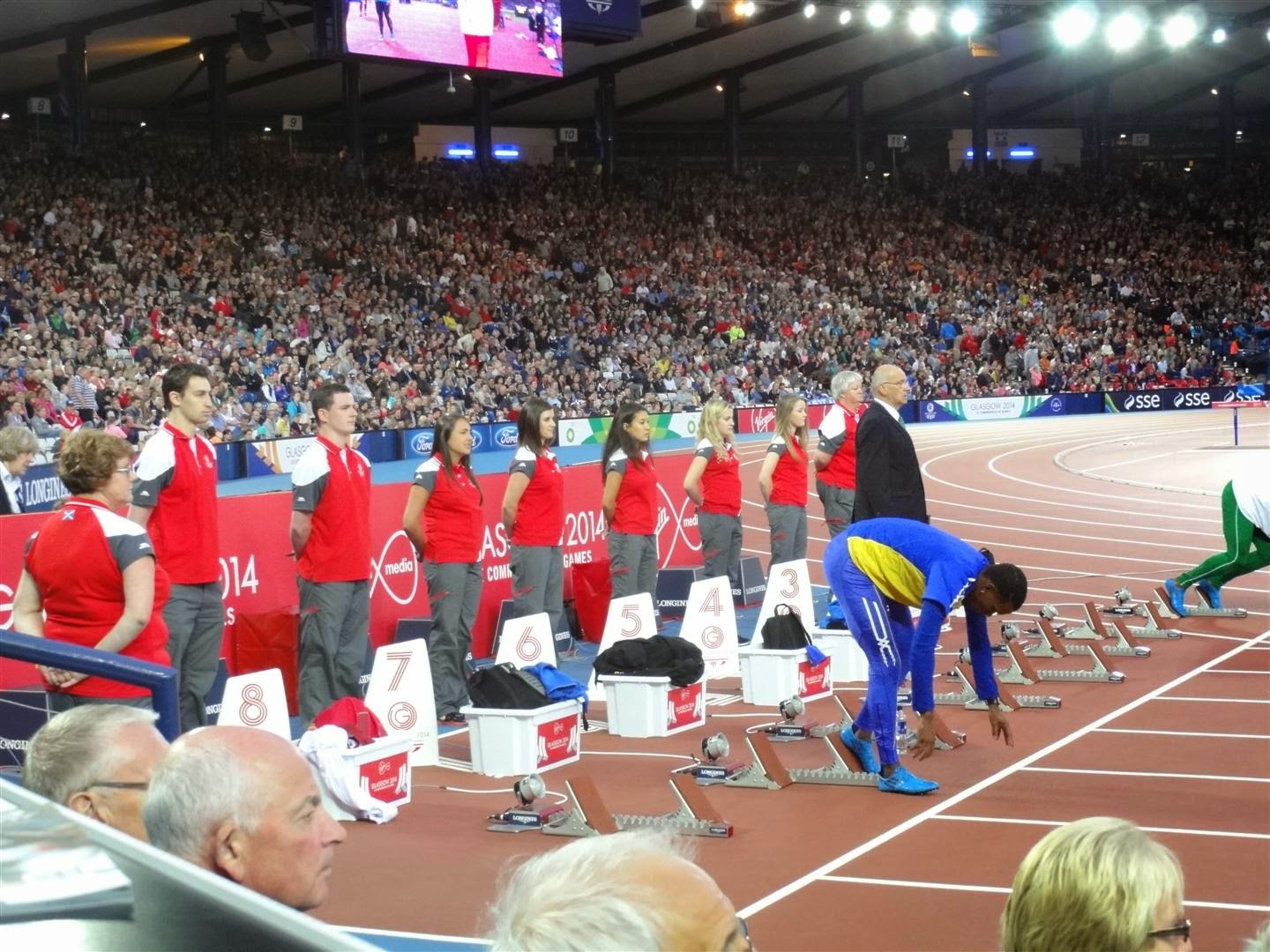 These are better even than our original ones which were much further back around the track. We have a great evening. 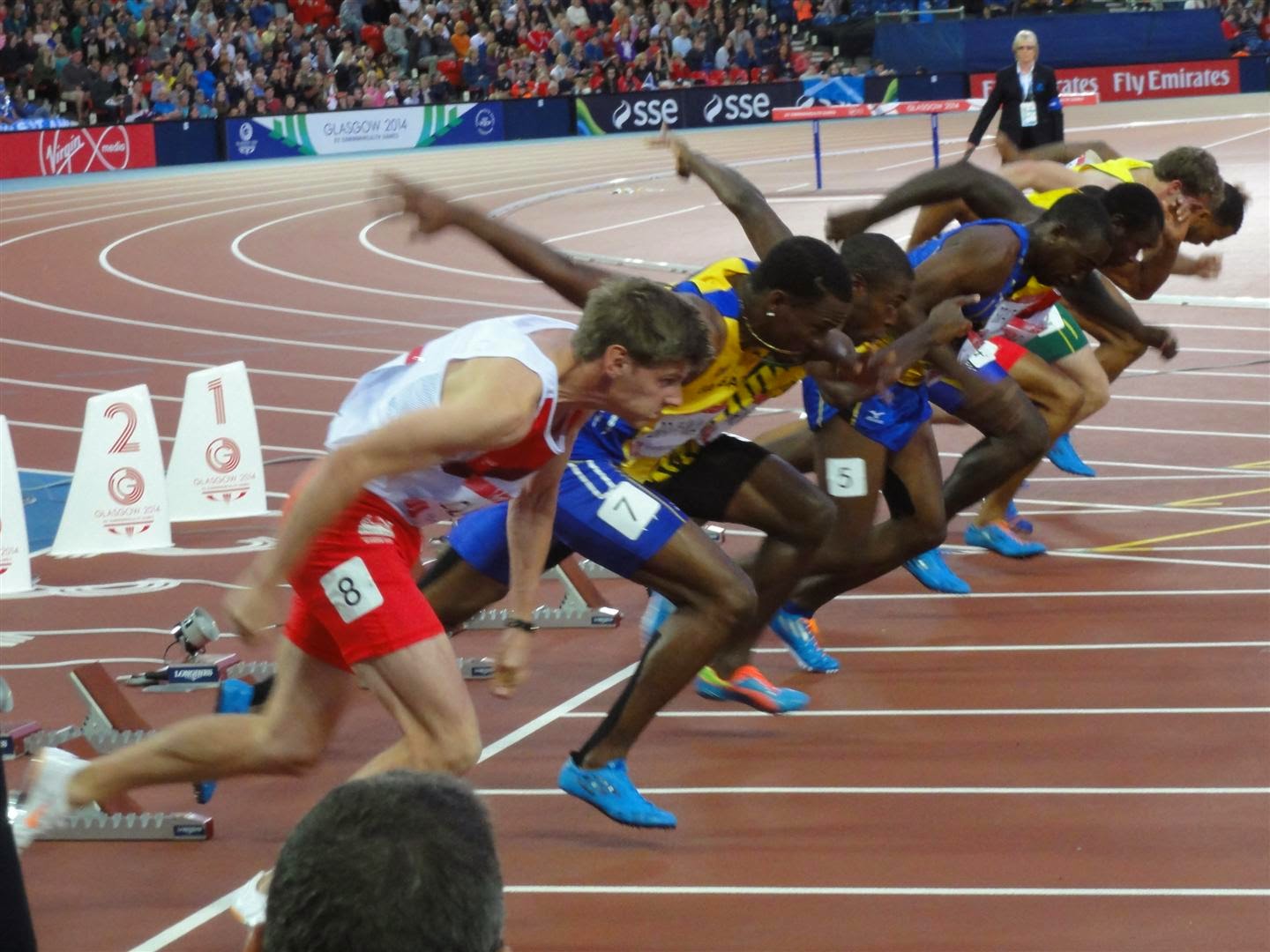 In the stadium I was sort of expecting a very pro-Scottish crowd baying for independence as well as a Scottish victory but not a bit of it. 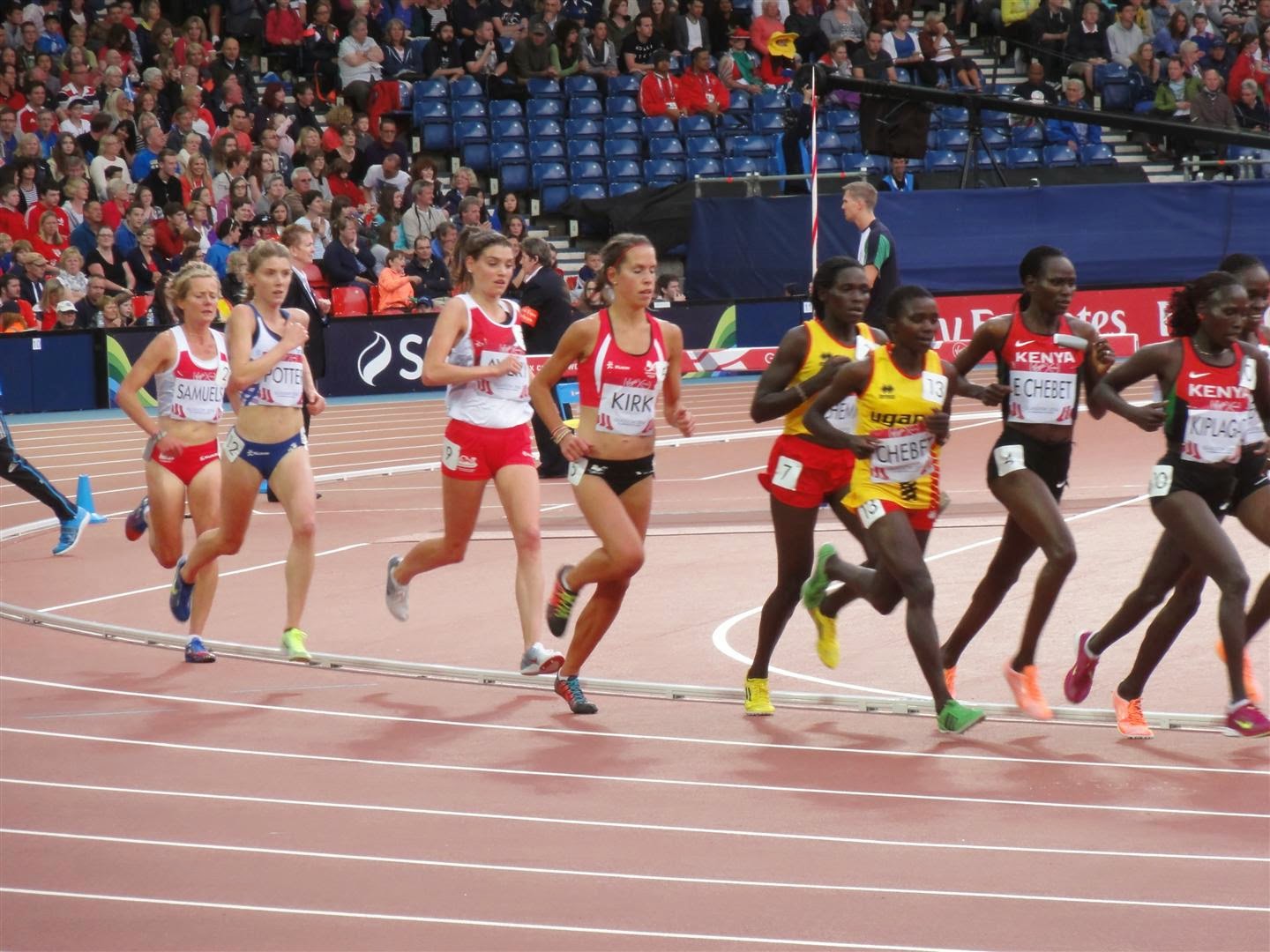 The English, Welsh and Northern Irish athletes all get massive cheers from the Scots and even the English cheer the Scottish Athletes. 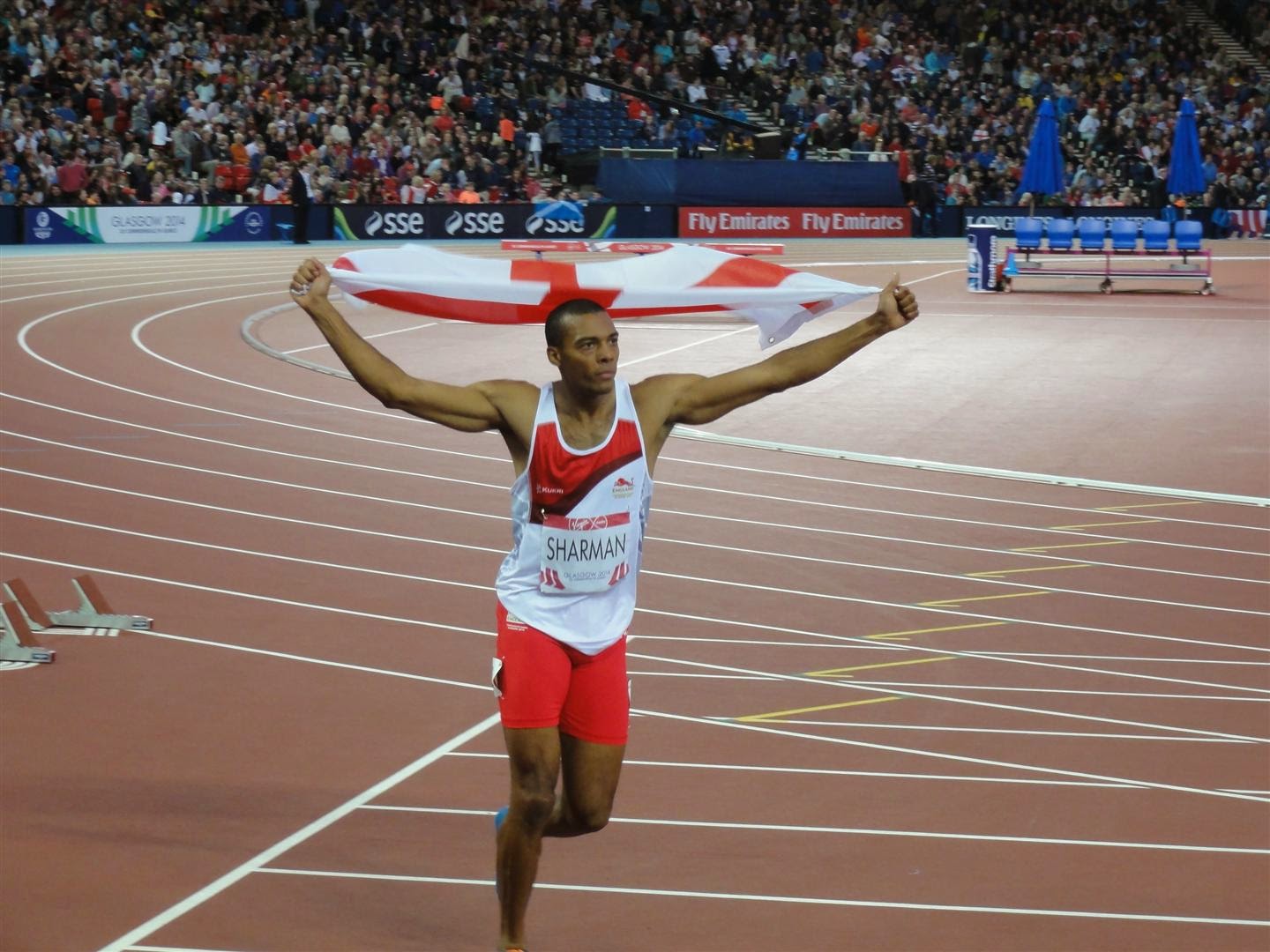 Better together perhaps, certainly if it’s medals everyone one wants.