A Difference Of Opinion About God


We had considering doing a local 5k/10k at Burton Joyce today but we decide to skip it. L runs locally instead and I do the park with the boys.

In the evening we make the momentous decision to renew our Broadway cinema membership and also to make use of it. I vow to force L to see all this year's award nominees starting tonight with the Steven Hawkings film. We also eat at Broadway.


The film is a biopic of Stephen Hawking (Eddie Redmayne) but one that is focussed only on the time span of his relationship with Jane Wilde (Felicity Jones) who was to become his wife. It is from Jane’s book that the screenplay is taken. 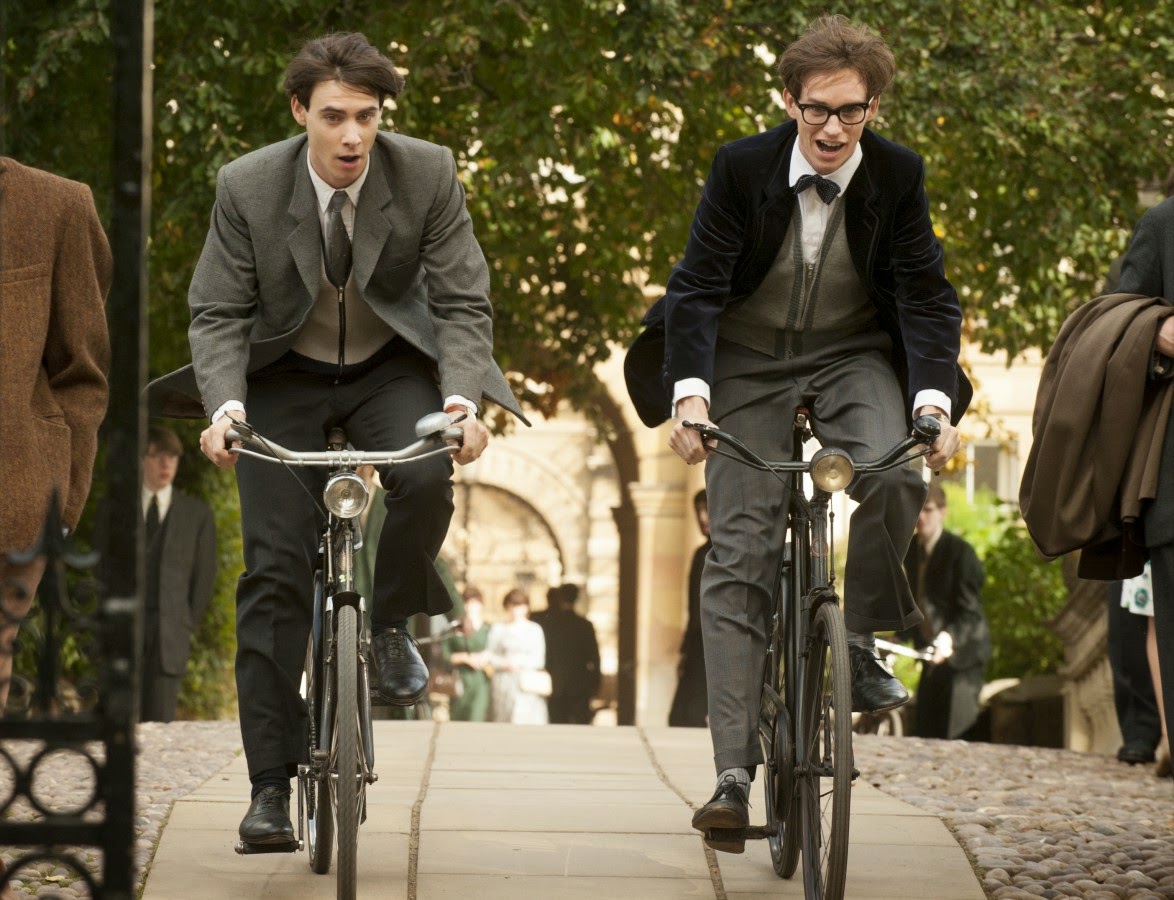 They meet almost as soon as the opening credits are off the screen. He’s a nerdish doctoral student in 1960’s Cambridge, she is a fellow student preparing for a PhD who finds him interesting and you assume attractive. She loves poetry, romance and God while he believes in logic, reason and not a lot else. Opposites attract I guess. They date and flirt, very badly, but sort of get together despite everything and particularly despite the difference of opinion about God. 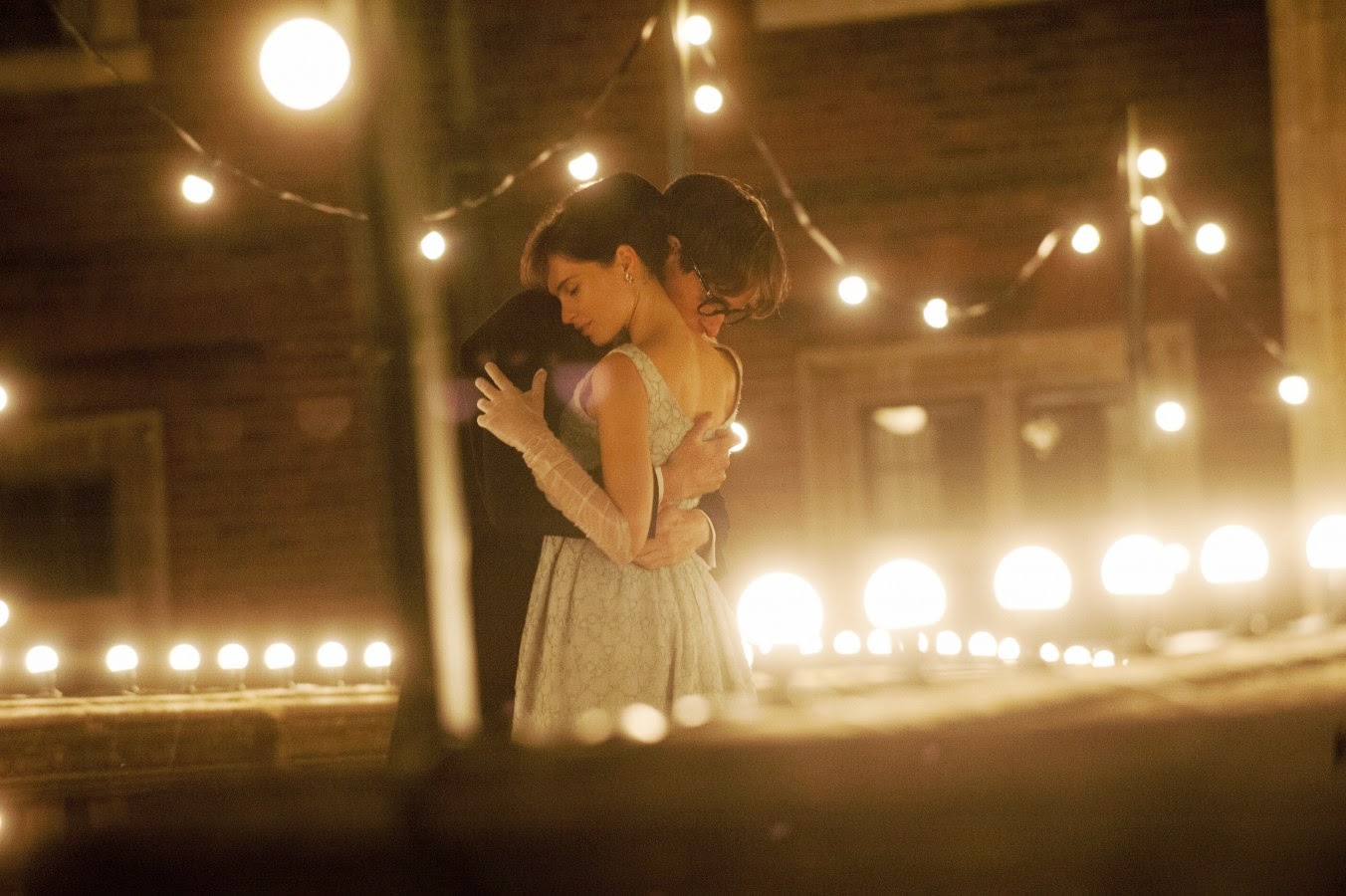 Then one day, already not too steady on his feet, Hawking falls badly and this leads to his diagnosis with motor neurone disease. They give him two years to live although obviously he’s still with us. 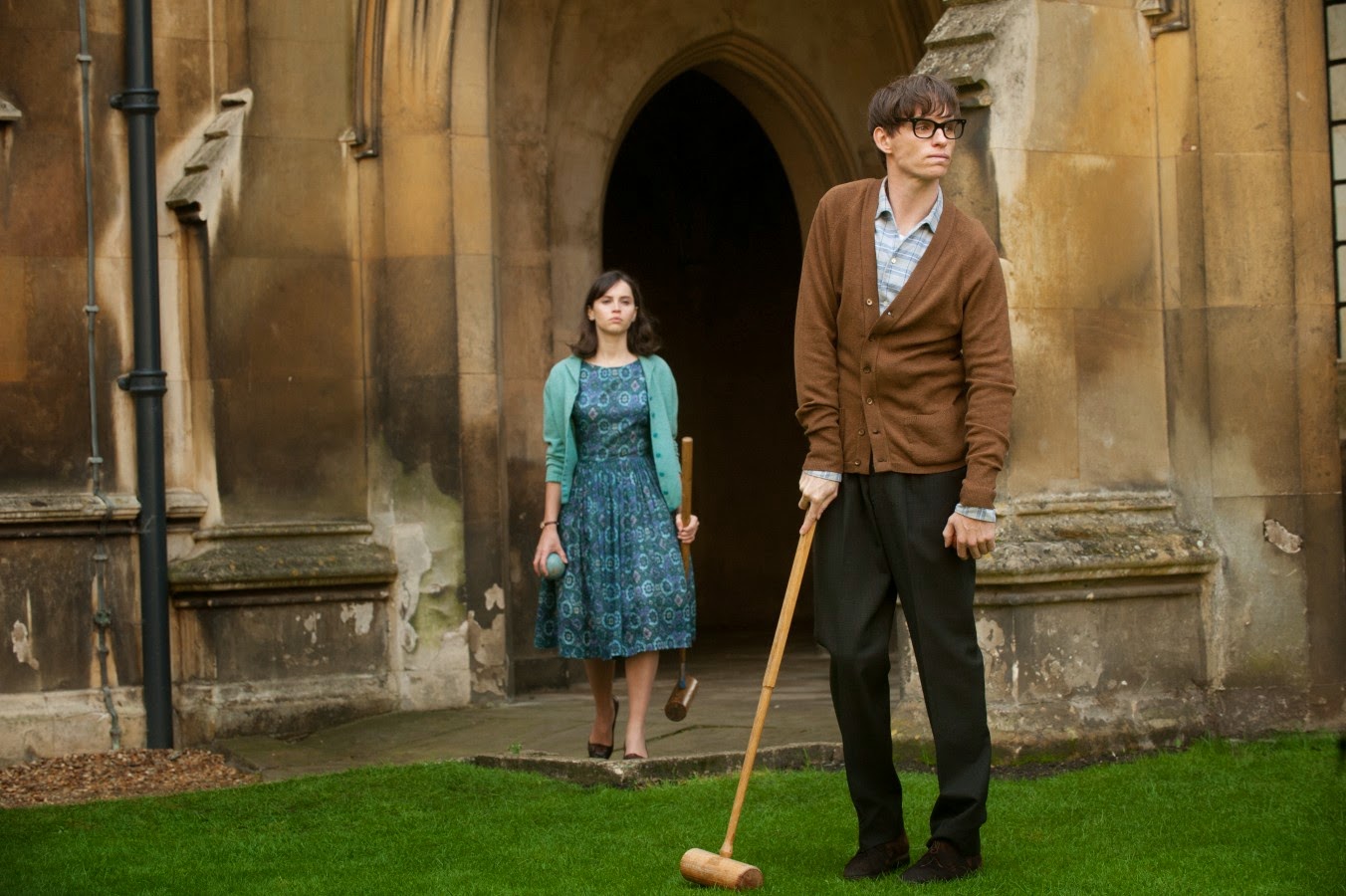 We watch as his illness progresses and it gradually becomes harder for him to move, speak and do everyday things. Eventually he is confined to a wheelchair and has to speak through a computer. 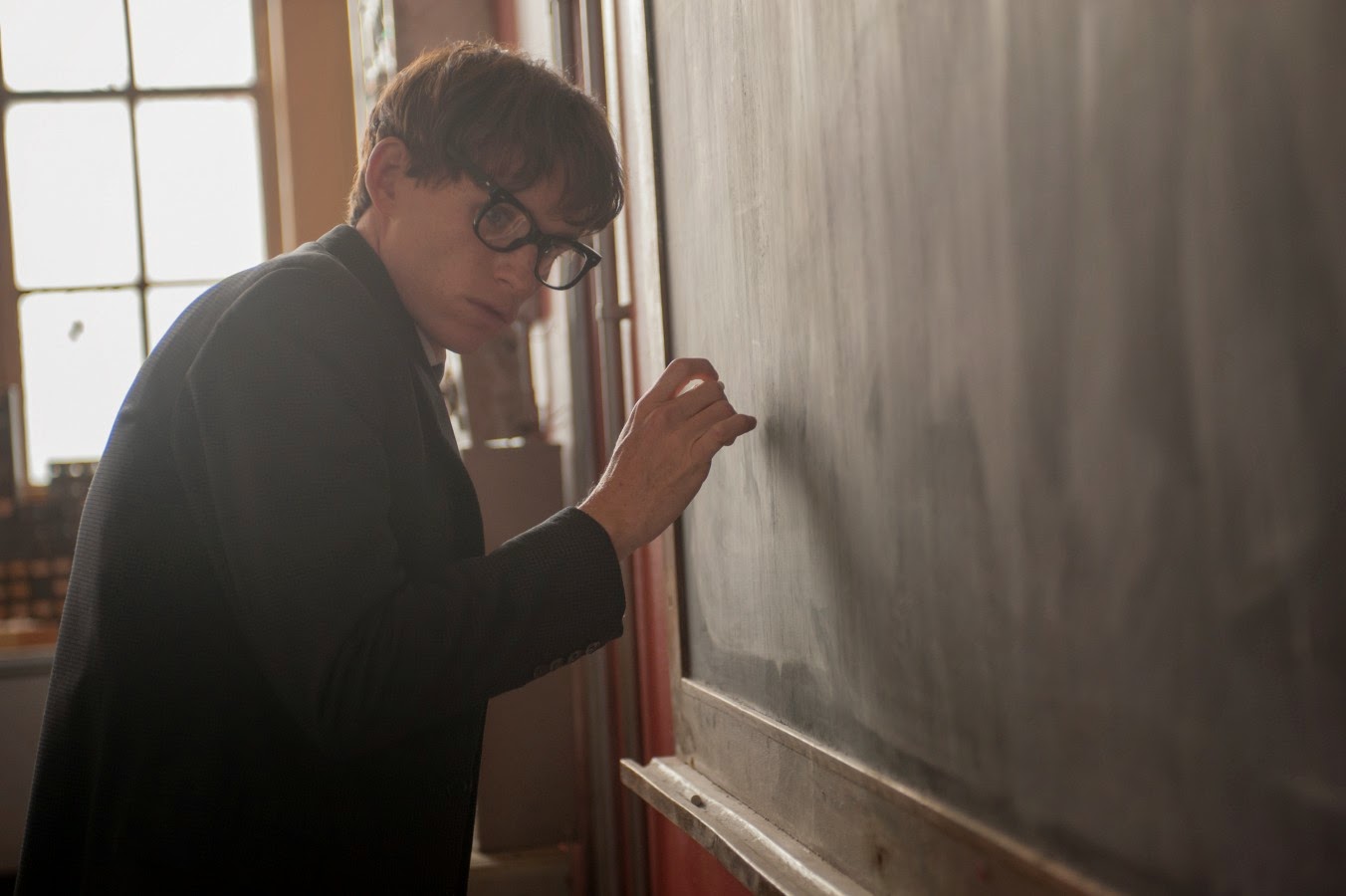 Jane pledges to stick with him, they marry and she goes on to devote a huge chunk of her life to looking after him. Thirty years in fact until they divorce in 1995. She also has to look after their three children and still has time to complete her PhD. Yes three children, so something clearly still worked but the film doesn't go there. In fact it's a film that doesn't go to a lot of places and leaves a lot of unanswered questions.

Caring for her crippled husband visibly takes its toll on Jane but even when she meets Jonathan (Charlie Cox) she stays loyal to be husband and her relationship with Jonathan appears to remain platonic for some time as he helps her out with caring for her husband and children.

As the film goes on it, it becomes more and more of a biopic about her and less about him. In fact the film rarer mentions his career or theories and we never see him working. 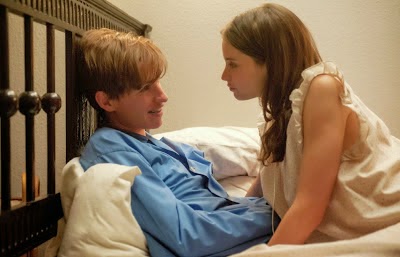 Eventually he either releases her from the relationship or he dumps her for his nurse, I’m still not quite sure which.

I found it more interesting and informative than compelling but it's certainly a decent enough film. If a touch undramatic and sadly lacking in inner torment as they both seem to take his worsening condition rather well.

It’s a film that will surely be remembered most for the lead performances. Redmayne totally nails the physical side of Hawking and is completely convincing but kudos too to Felicity Jones, who in many ways is just as impressive.