I head straight from my comfy sleeping bag on a floor in Bingham to meet L at the Forest Rec parkrun where she is chalking one more off her 50 target. We have a coffee in the cafe before I drop her at JC and go home to take the boys out on to the park.

In the evening we show what a modern couple we are by embarking on our separate night outs in the same City.

L heads off to enjoy Johnny Depp’s vocals in Into The Woods which she describes as a fairytale musical thing. I think I have chosen the better option as I still get flashbacks about Sweeney Todd although I’m sure she disagrees.

My option is something different from the band that have brought us performances in churches, museums, on sea forts, in libraries, on boats, at village fetes, on oil platforms, in the highest pub in Britain, at the Chelsea Flower Show, at Jodrell Bank, in the Czech Embassy etc etc. Need I go on...

Tonight we’re at the theatre in Derby and we’re all seated, which takes me out of my comfort zone somewhat even if I am seated rather comfortably. The last time British Sea Power were in Derby we all nearly died in the sweltering July heat at The Venue, which that night was indeed your proverbial sweat box of a venue, so this evening is very very different.

For the last two years the band have been putting together their Sea of Brass project working with arranger/conductor Peter Wraight. Wraight has created bespoke brass parts to go with some of BSP’s finest moments. The band are now touring the finished article in conjunction with brass bands from up and down the country.

So tonight there are the men in suits from Derwent Brass taking up one side of the stage and BSP, along with the usual foliage, taking up the other. 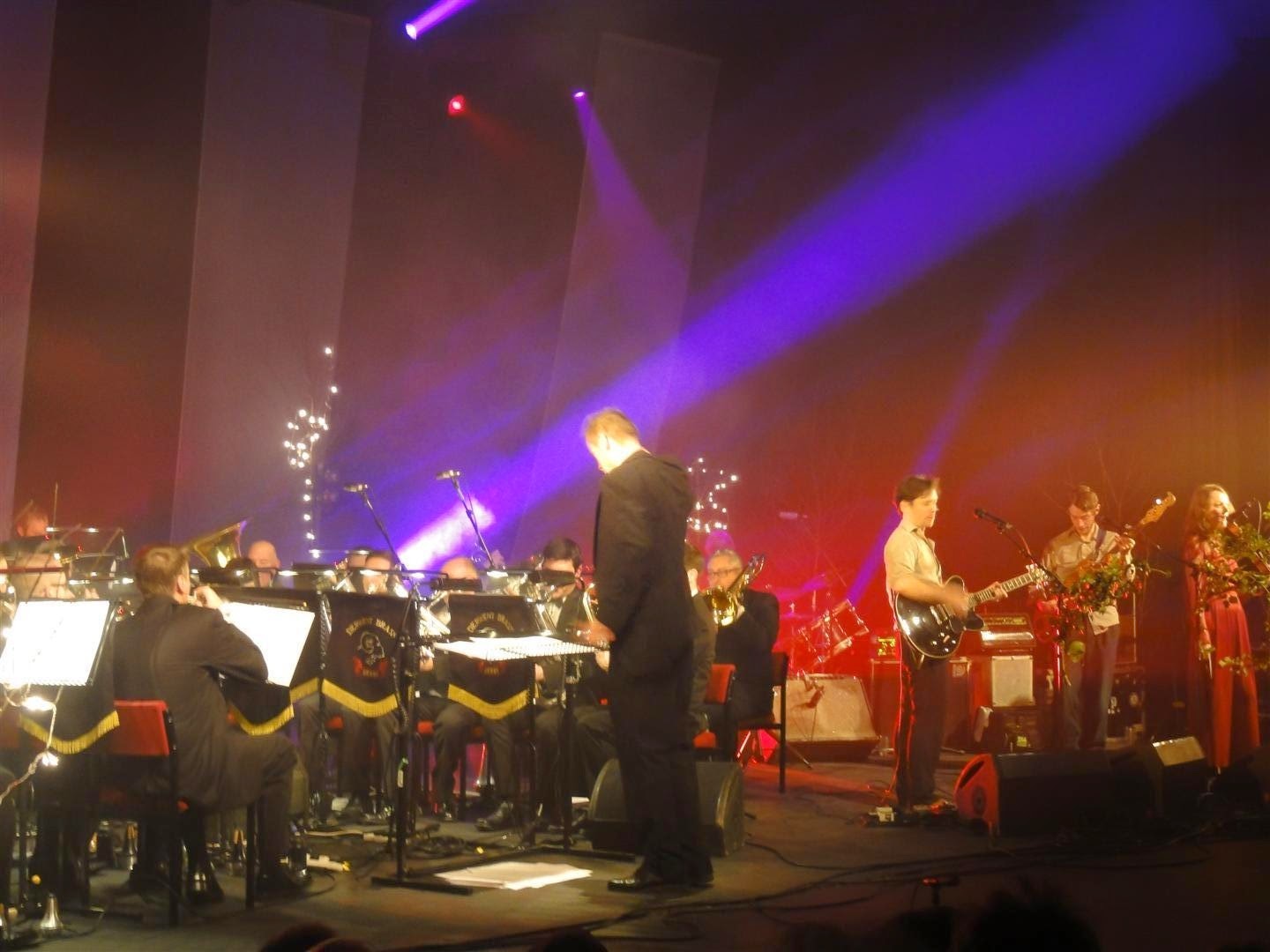 The audience too seems split down the middle. It’s an odd mix. There’s either a lot of very elderly BSP fans or they're here for the brass. A chap next to me makes the very valid comment of how do you play the trombone with a face full of smoke. I guess we’ll see. I wonder if they’ve rehearsed this with the smoke, I also wonder how they’ve rehearsed this at all given it’s a different brass band every night.

The set list features, perhaps not surprisingly, many tracks that have a more gentle orchestral feel to them such as the opening ‘Heavenly Waters’, which was a mere b-side to early single ‘Carrion’. It is indeed a treat of the not often played tonight with songs such as ‘A Wooden Horse’ from their first album and ‘Albert's Eyes’ off the ‘Remember Me EP’ making an appearance. 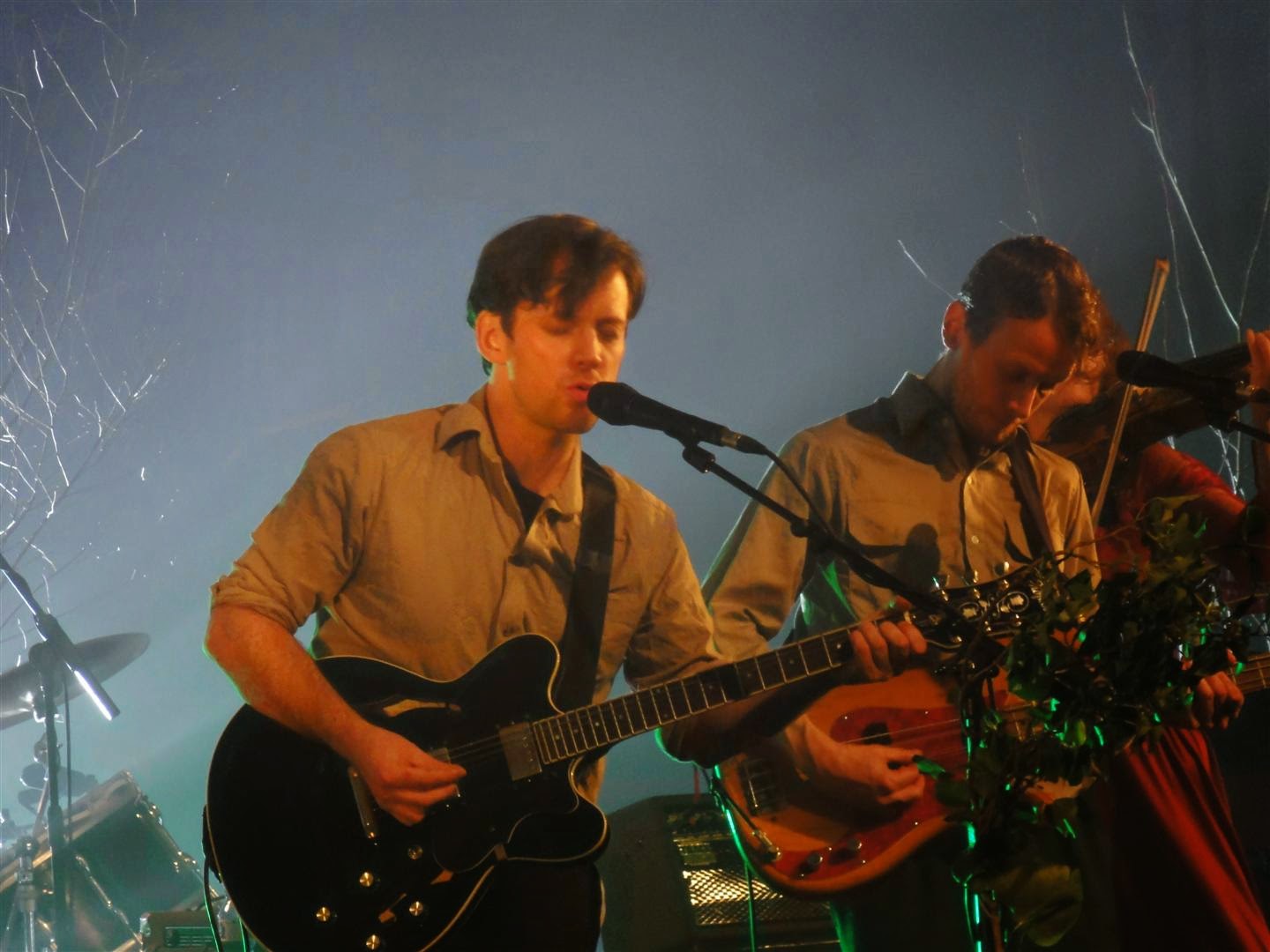 It’s not all gentle though. This trio is followed by ‘Atom’, quite a fast one. It’ll be interesting to see how this goes. It goes very well as it turns out, judging by the exhausted state of the brass band afterwards. In fact they give them the next song off as BSP change lead singers and Hamilton takes the mic for ‘The Land Beyond’ unaccompanied by the brass. 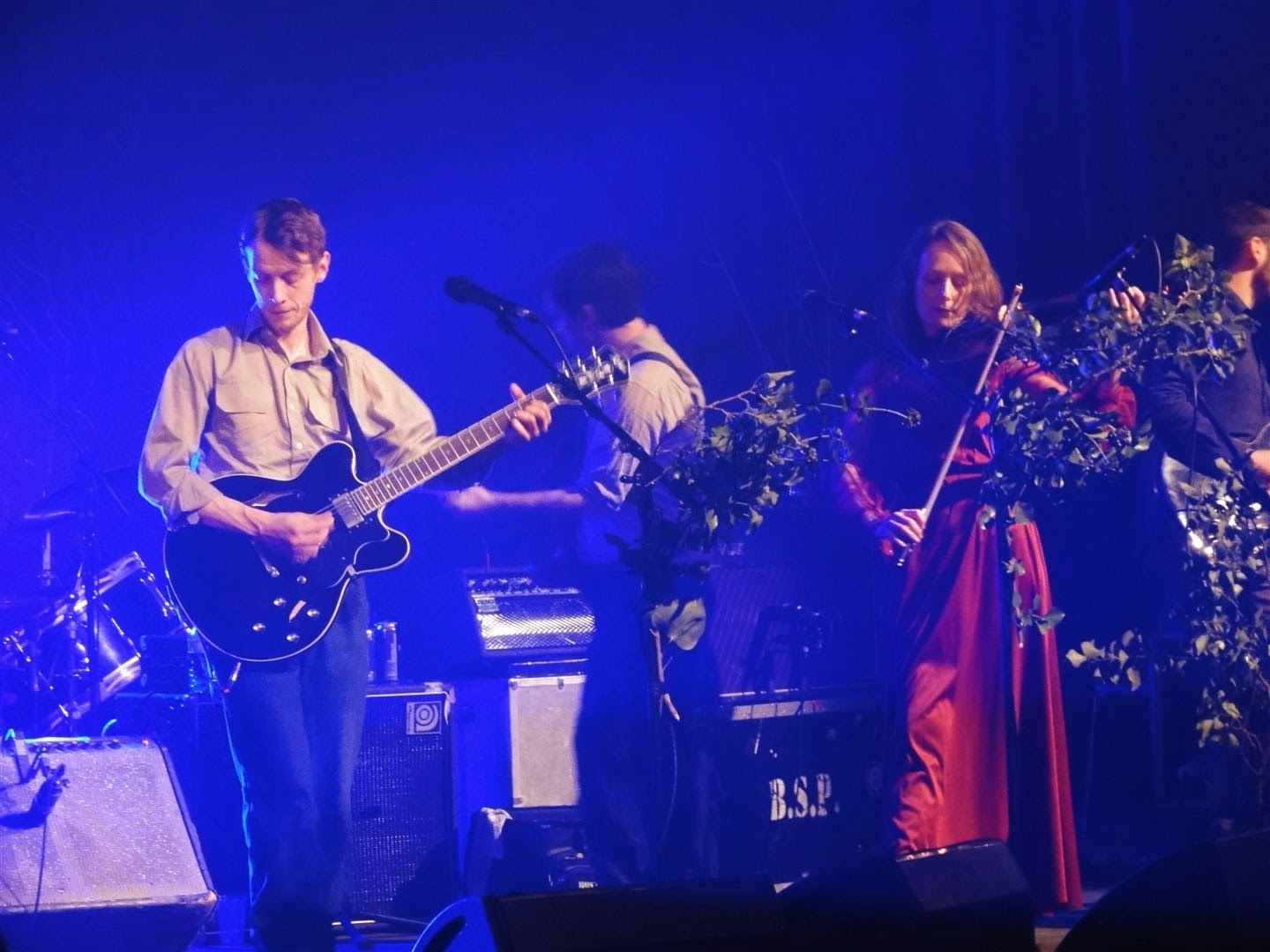 The obscurity continues with ‘No Need To Cry’ (rarely played from ‘Do You Like Rock Music?’), ‘Once More Now’ (‘Valhalla Dancehall’) and ‘The Smallest Church In Sussex’ (‘Remember Me EP’) with it’s terrible lyrics.

Some of the audience look a bit bemused and sadly a few leave early. In fact some of Derwent Brass look a bit bemused too but mostly they seem to have a riot. It’s a far cry from the solitary cornet player the band usually employ. Phil’s here as well by the way. 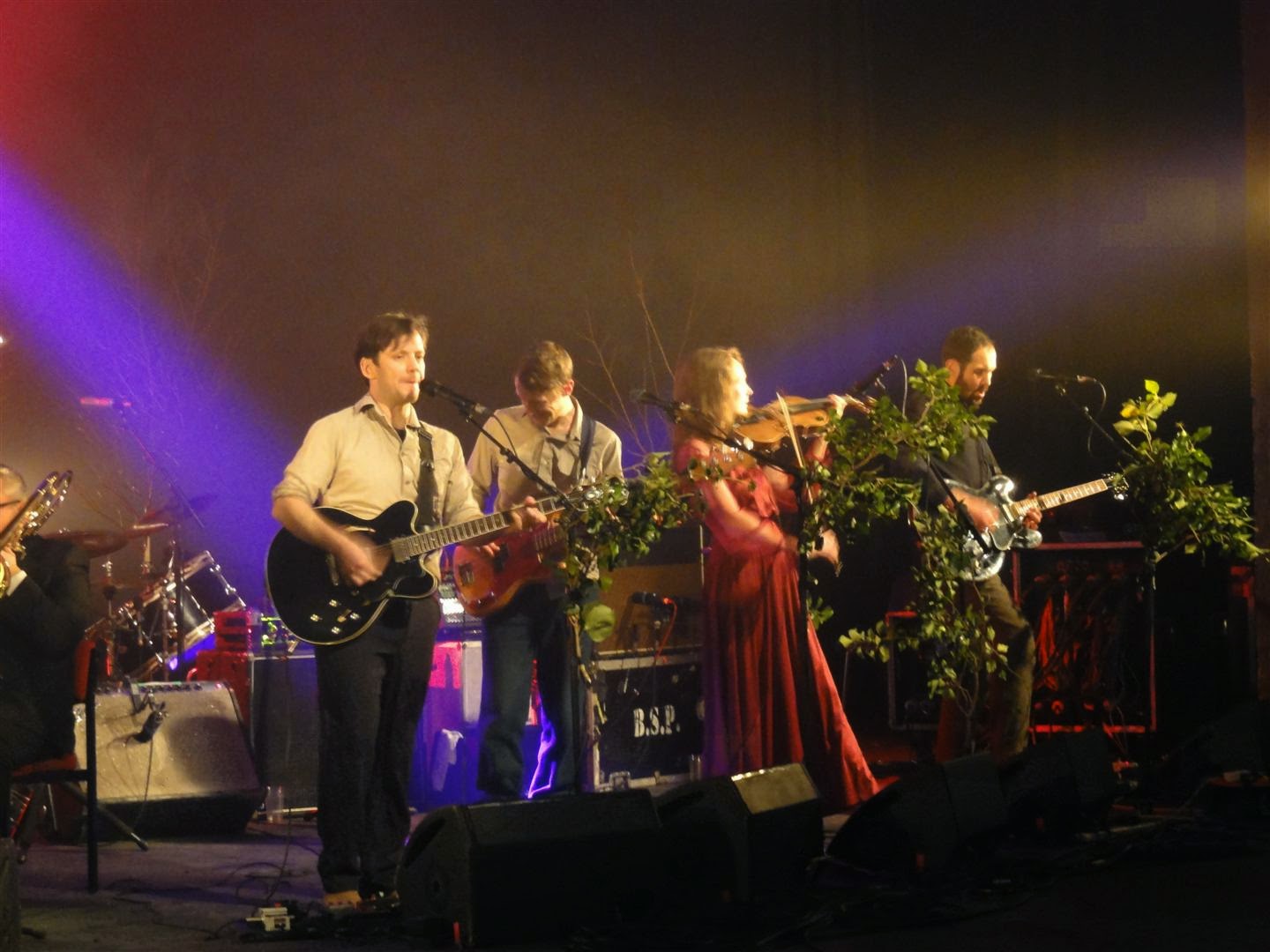 Whilst some songs have been stripped back to make room for the brass parts others like a loud, mind altering ‘Machineries of Joy’ have gone the other way. Then there’s the brilliant ‘Lately’, always a treat but often a rare one. Tonight the song soars higher than ever with the accompaniment of the brass.

Another unlikely bed partner for the brass is ‘Lights Out for Darker Skies’ which is a lively end to the main set with the Derwent Brass clearly now in full flow. 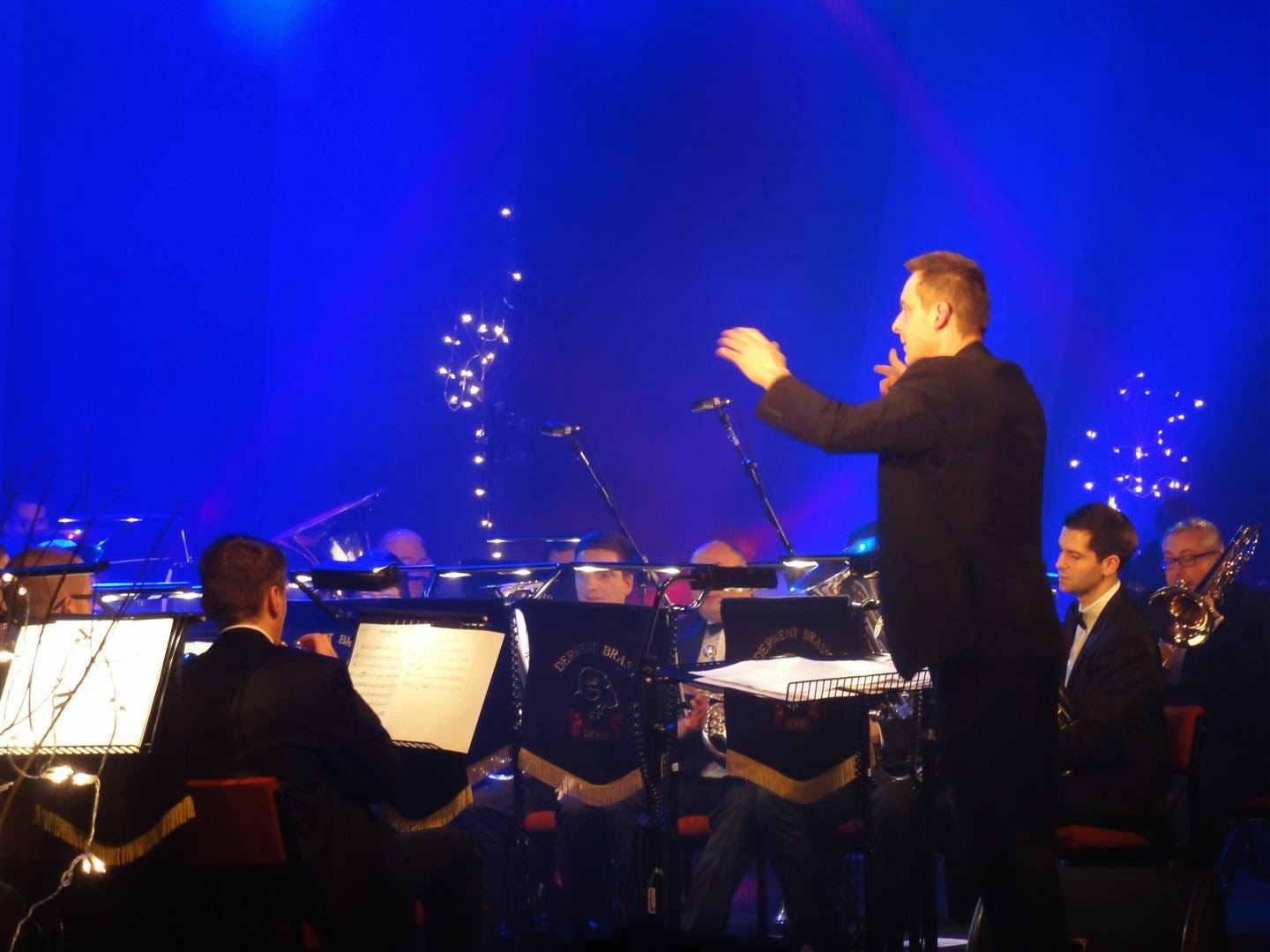 The encore follows with a tremendous ‘Waving Flags’, naturally the ‘The Great Skua’ and the oddity that is ‘When a Warm Wind Blows Through the Grass’.

Overall this was one of the most amazing things I've ever seen. The only thing lacking was a Bi-Polar Bear. Where was he/she?


We visit the Peacock for a few beers afterwards before getting the bus home.