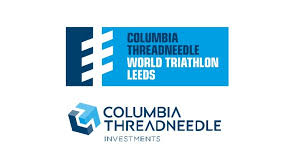 It’s race day and I am in the wave rather too officially titled the British Standard Distance Triathlon Championships (Male 50-54). Is that what I signed up for? Sounds very serious and it all kicks off at 7.30am.

The day does not initially start off well with us again unable to access the main car park from the north of the city. Sadly nobody we asked on Saturday or on the Sunday knew how to access it, so we ended up parking in the street again. This isn't really a problem but some advice as to whether this was the best thing to do would have been nice. Luckily everything else goes quite well today.

The swim is ok, it's not too fearsome, either course wise or people wise, and even the swans kept out of my way. In fact, it was so shallow in places I could have walked it.

One thing they haven’t changed from last year is the long runs in and out of transition but at least we don’t have to carry a bag this time.

The bike route is a bit of a pain, very twisty with not much chance to get your head down other than to attempt to plough through the wind which seems to be head on pretty much all the time. The only time it seems to drop is on the uphill sections, meaning are were no easy bits. Mind you, you don’t really want your head up as the suburbs of Leeds are not particularly pretty.

The bike route takes us back to Roundhay this time, meaning one transition not two, and then it’s a 7km run into Leeds following by a 3km loop around the city centre. I can only guess that they have lengthened the time gap between our races and the elite races this year because there was a lot less support in the city centre.

Last year it was noted that there weren’t many freebies available but this time it’s much better even if the Yorkshire tea stall did seem to peak too soon and run out. We even got a race t-shirt this time and the shuttle bus back to Roundhay from the city centre works like clockwork.

So a very good effort from the organisers to repair the damage to triathlon's reputation that was inflicted by last year’s debacle. However this race can now be very much consigned as done and dusted as far as I’m concerned. New challenges now await.

We head back to the campsite to pack up the tent and then go for Sunday lunch at a Britannia Inn near the M1 junction. It was only £8.95 for three courses from their carvery. Very good value.

We spend the evening at the Horse and Jockey, where I find a decent recovery ale in Bradfield’s Farmers Sixer. At 6.0% it can make you forget almost anything, sadly it’s a pale ale but you can’t have everything.