Doggo (and I) are warned about the state of his elderly legs before setting foot on the park this morning. There is no mention of my elderly legs. I go gentle with him, he goes gentle with me. MD does his own thing.


In the evening, bored with the food at Broadway we decide to skip it and go for a curry later. We still take in a film though and succumb to the hype of Twelve Years As A Slave.


It’s 1841 and Solomon Northop (Chiwetel Ejiofor) is a free black man living with his family in Saratoga, New York. He is portrayed as the model of upmarket respectability, so it’s quite baffling that he suddenly accepts an offer to do a short our as fiddler with two white men he’s just met, without even seeming to tell his wife where he's going. 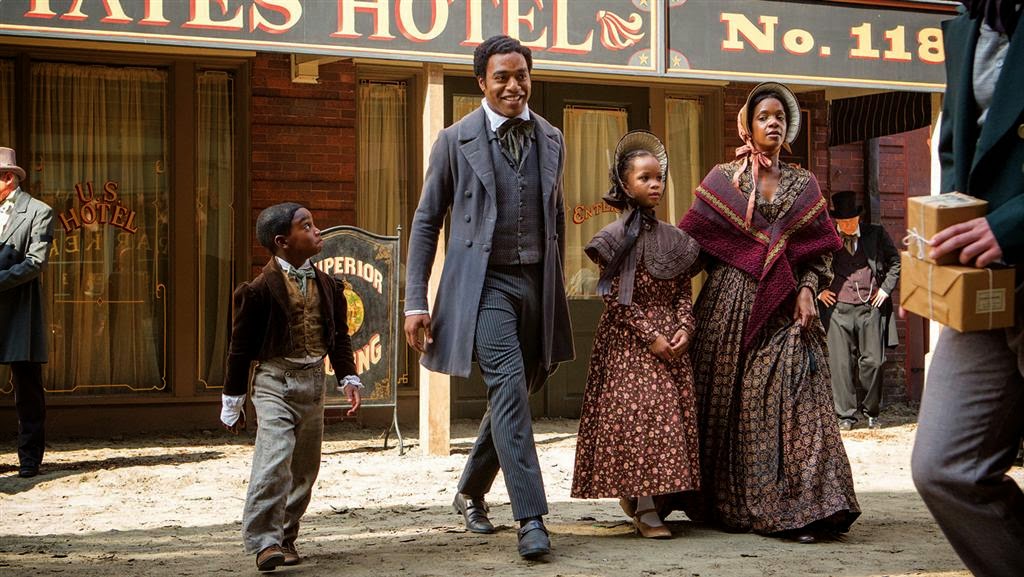 This takes him to Washington, where one night whilst socialising with his new colleagues, he is suddenly taken ill and wakes up in chains.

He has been sold to slave traders, renamed as Platt and is on his way to Louisiana where he will spend the next twelve years working for different owners. All of this happens pretty much within the first fifteen minutes which is a shame. The director seems over keen to get us to the beatings and whippings that are to come, of which there are many. 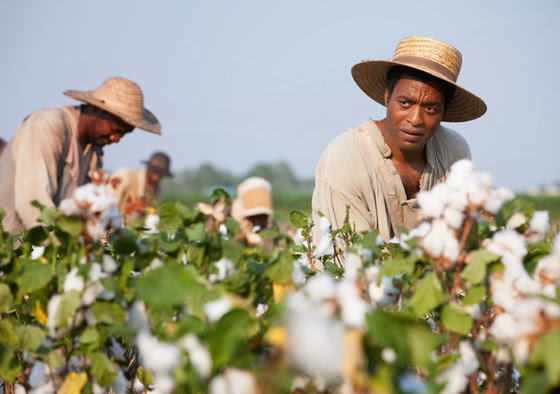 Once in Louisiana you only need to know one thing. That all black slaves are good folk and all the white owners are evil people, end of story. This goes for the woman as well, Edwin Epps (Michael Fassbender) is a nasty chap but his missus (Sarah Paulson) is arguably worse. 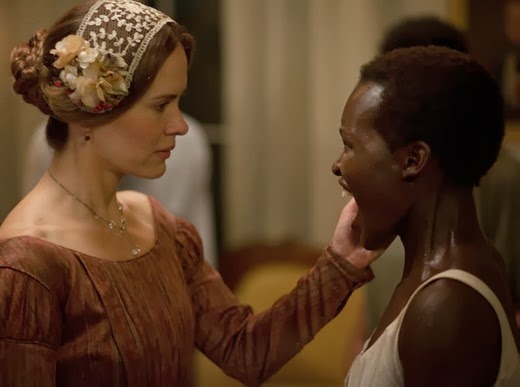 Solomon’s first owner Ford (Benedict Cumberbatch) does show compassion for a while but even this doesn’t last. 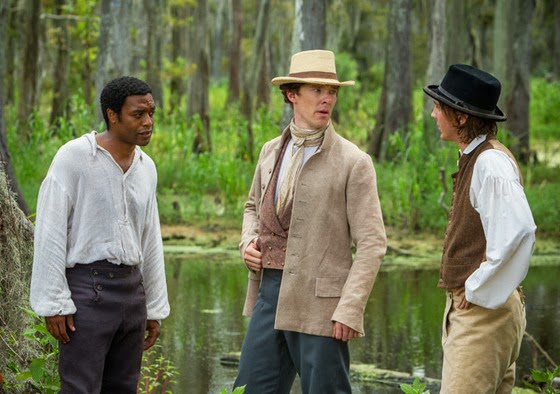 Of course there has to be one token good white guy and Brad Pitt (naturally) saves the day by getting word back to Solomon's family and subsequently in 1853, Solomon is rescued. The mechanics of this are also glossed over.

The long bit in the middle, the slavery bit, goes on forever and is nothing we haven’t seen before. We all know that slavery was a horrible dark chapter in American history but all this has been done to death before. The uniqueness of Solomon's situation, his kidnapping and later release are mostly absent here.

At least he got out and got to write a book about his ‘experience’, most of the rest of the slaves were in it for keeps. Perhaps this is why I don’t feel anything much for him throughout the film.

I was hoping for more from the film.

Afterwards we have one in the Lincolnshire Poacher before succumbing to the Old Peculiar at the Peacock. We end up in the Noor.