L is working in London today, so I do the dogs’ morning constitutional then take the car to work. So there’s no cycling today but the forecast is alright for the rest of the week so I should still get two more days cycling in. Perhaps I’ll do a swim tonight as I’m not scheduled to be at dog training but if I have another girlie nagging for a chat about becoming a member I might have to go down and do my duty.

L sends through a photo the poppies, the ones that are left anyway. 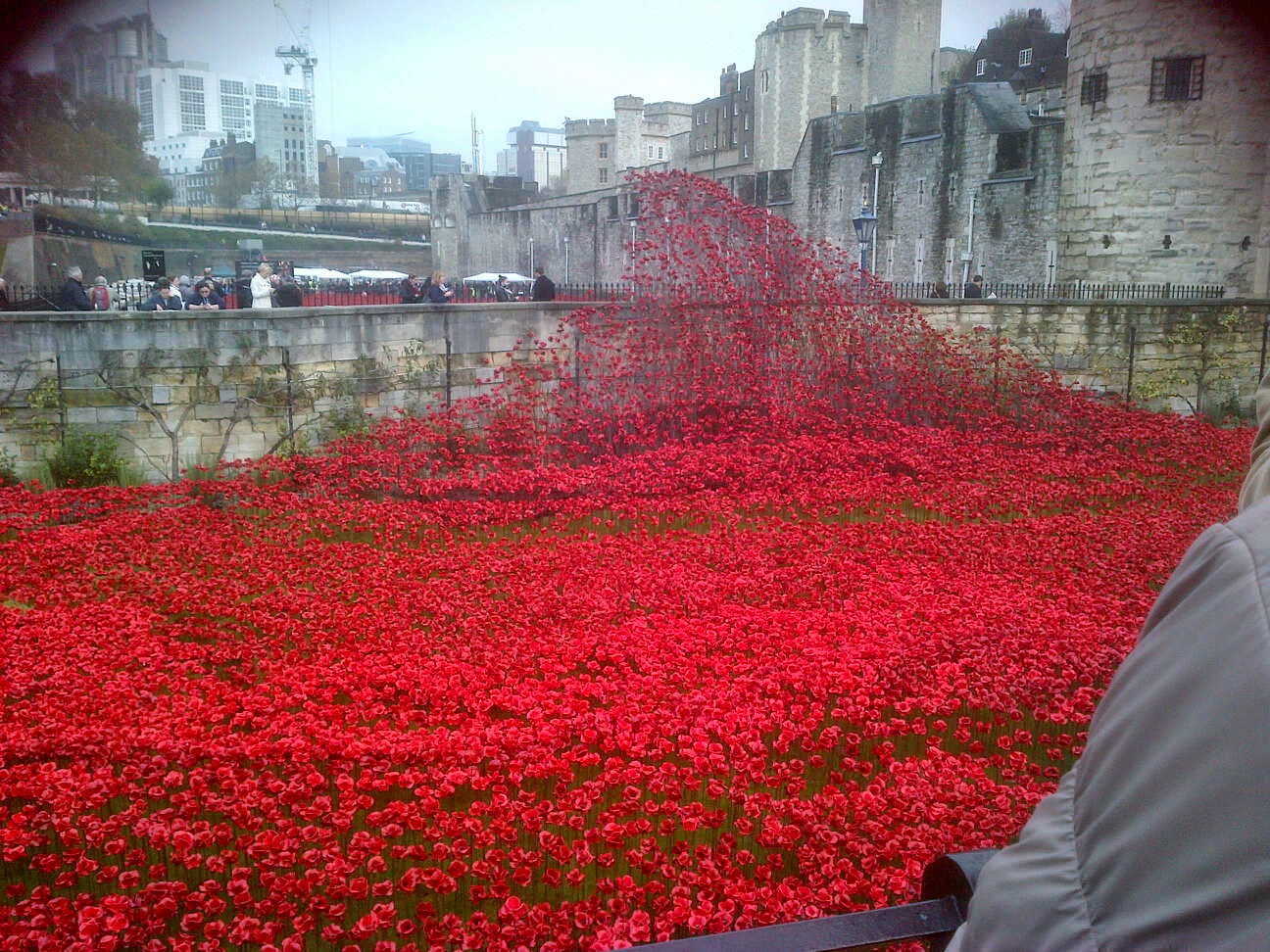 I make it to the pool to find that the old Wednesday lane swim has now officially become a general swim. In a way that’s better as it clarifies things. Half the pool is now being taken up by lessons and a lane swim with only three lanes doesn’t really count as lane swim.

Tonight though, for some reason, they have laned one lane in the middle of the pool with the lessons one side and a free for all the other. It was utter chaos as no one knew where to go. In the lane I join a woman swimming half-lengths underwater, another woman doing impossibly slow breaststroke and a chap backstroking half lengths before flipping around and going back, so that he doesn’t have to overtake anyone.

To cap it all the lessons were for the under-fives I think, most of which didn’t seem at all keen and spent most of the session screeching their displeasure. Somehow I make it to 34 lengths. Just six more and I’ll call it a day. I don’t get there and quit at 38 when the headache becomes too much. To cap it all the coffee machine isn’t working.

Apparently a general swim is now known as a 'Swim For All', unfortunately what I attended tonight was actually a Swim For Nobody as it suited no one. One to avoid I think.