Today we head off to near Burton where L has entered the Fradley 10k. It’s a two lap course, which is good for spectators, if a bit dull for the runners, and the bacon butties aren’t bad either.

I offer to buy the post-race Sunday lunch before realising its Mother’s Day and therefore the chance of getting one would be highly remote. Instead we visit my mother and hand over something chocolaty.

In the evening we eat at Broadway, drink the Centurion and see a film.
Suite Française is an adaptation of an incomplete novel by Ukrainian-Jew Irène Némirovsky who died in Auschwitz in 1942.

France has fallen to the Nazis and the whole country is in disarray. There has been a mass exodus from Paris and in Bussy the refugees arrive in their masses. These are soon followed by a regiment of German soldiers who take control, bark orders, impose 'German time' and billet themselves with the locals. 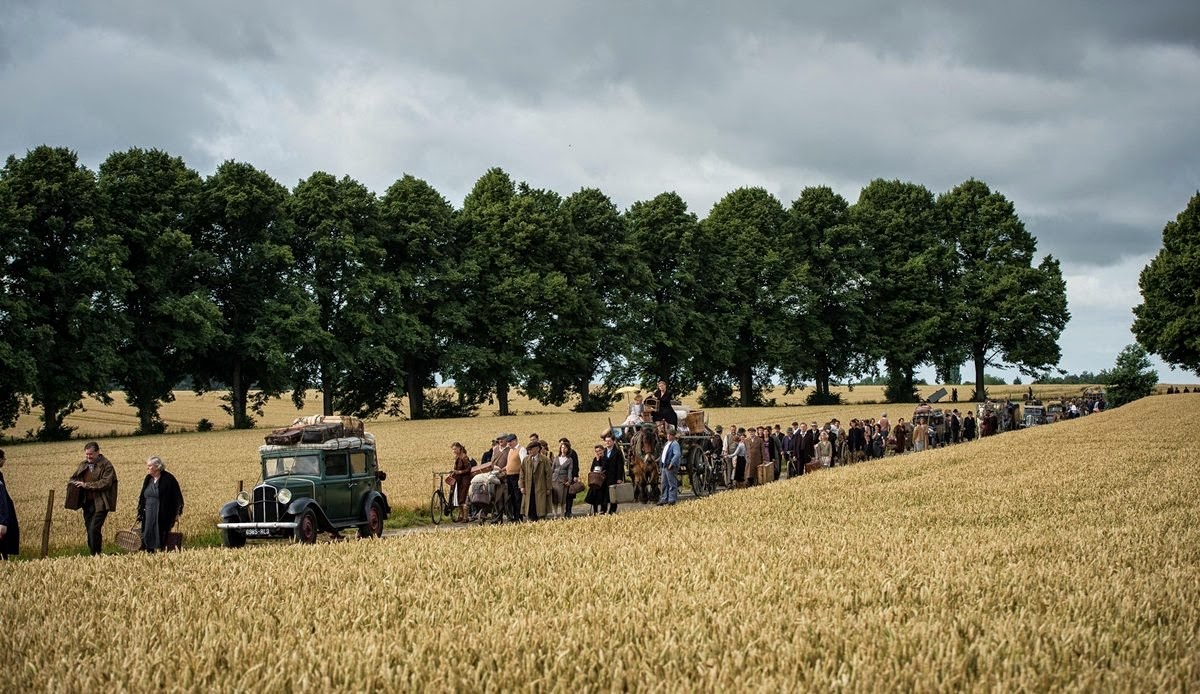 Madame Angellier (Kristin Scott Thomas), a landlord and part-time extortionist (from her tenants) is horrified to have the jackbooted officer Bruno von Falk (Matthias Schoenaerts) as an enforced house guest. Her daughter-in-law Lucile (Michelle Williams) doesn’t really know what to think except what Madame Angellier tells her to. 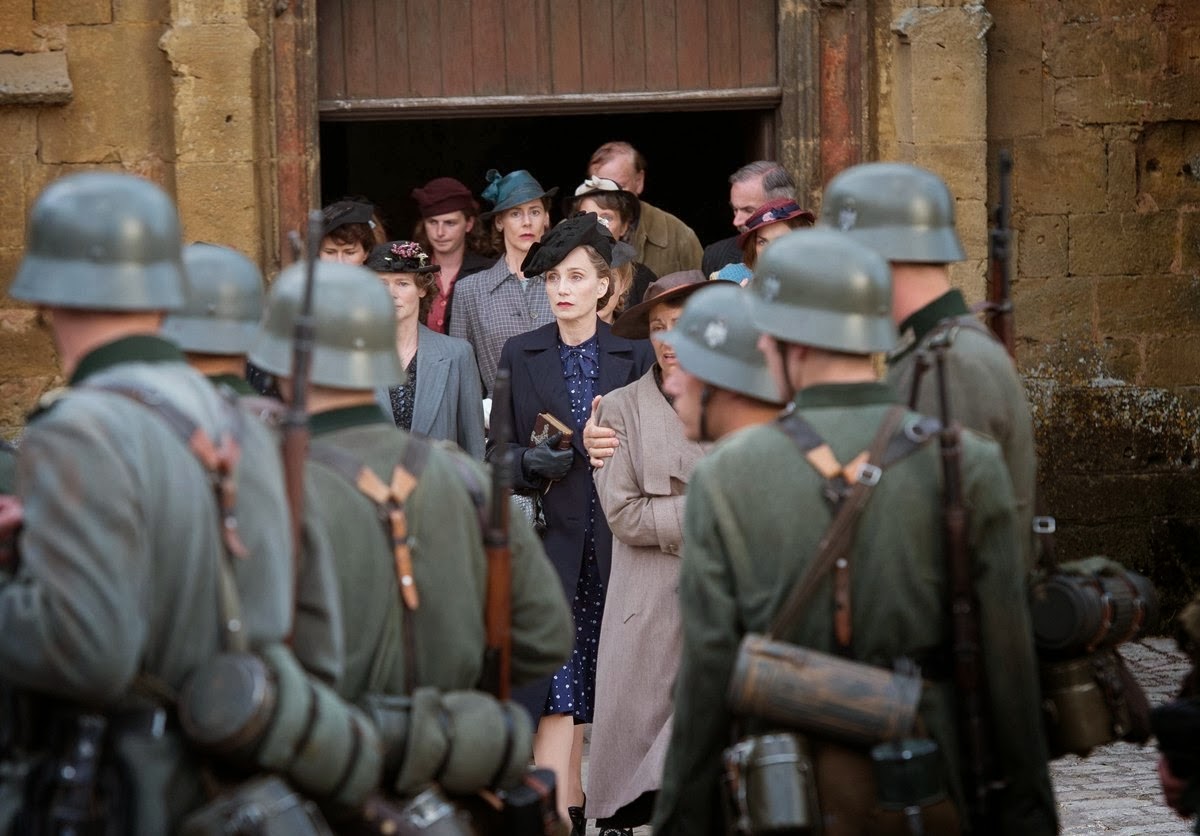 Lucile is a quiet and repressed young girl with a peculiar absence of anything substantial to her character. Yes I know there's a war on but FFS smile girl. Her husband is a prisoner of war in Germany, not that she’s really that bothered where he is. They’re not close. 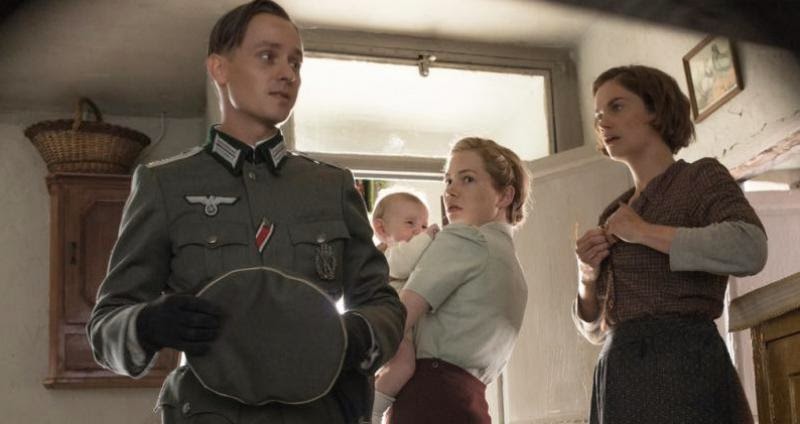 Generally the villagers’ feelings towards their invaders are mixed. The local women, starved of male scenery, drool at the strapping soldiers in their midst and many like Celine (Margot Robbie) have no qualms about sleeping with the enemy. For others it is a chance to settle old scores and for the local Viscount (Lambert Wilson) it’s about organising picnics with their conquerors. Farmhand Benoît Labarie (Sam Riley) thinks his billeted officer Kurt Bonnet (Tom Schilling) wants to get his hands on his wife (Ruth Wilson), so he kills him. 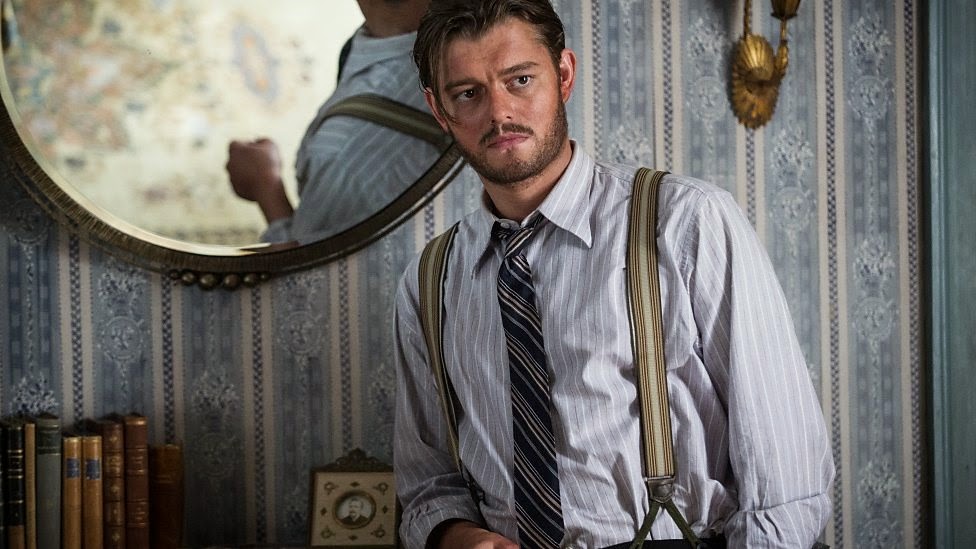 Lucille meanwhile would just really really like to play the piano but it’s banned until her bloody husband comes home. When their German lodger unlocks Madame Angellier’s piano and plays poignant melodies on it he seems to have also stumbled across the key to unlocking the dreary Lucile as well. Her dreariness dissolves significantly when she realises that he’s a music lover too, that is when he isn’t carrying out executions in the town’s square. Suddenly her character is transformed and she briefly becomes a passionate minx. 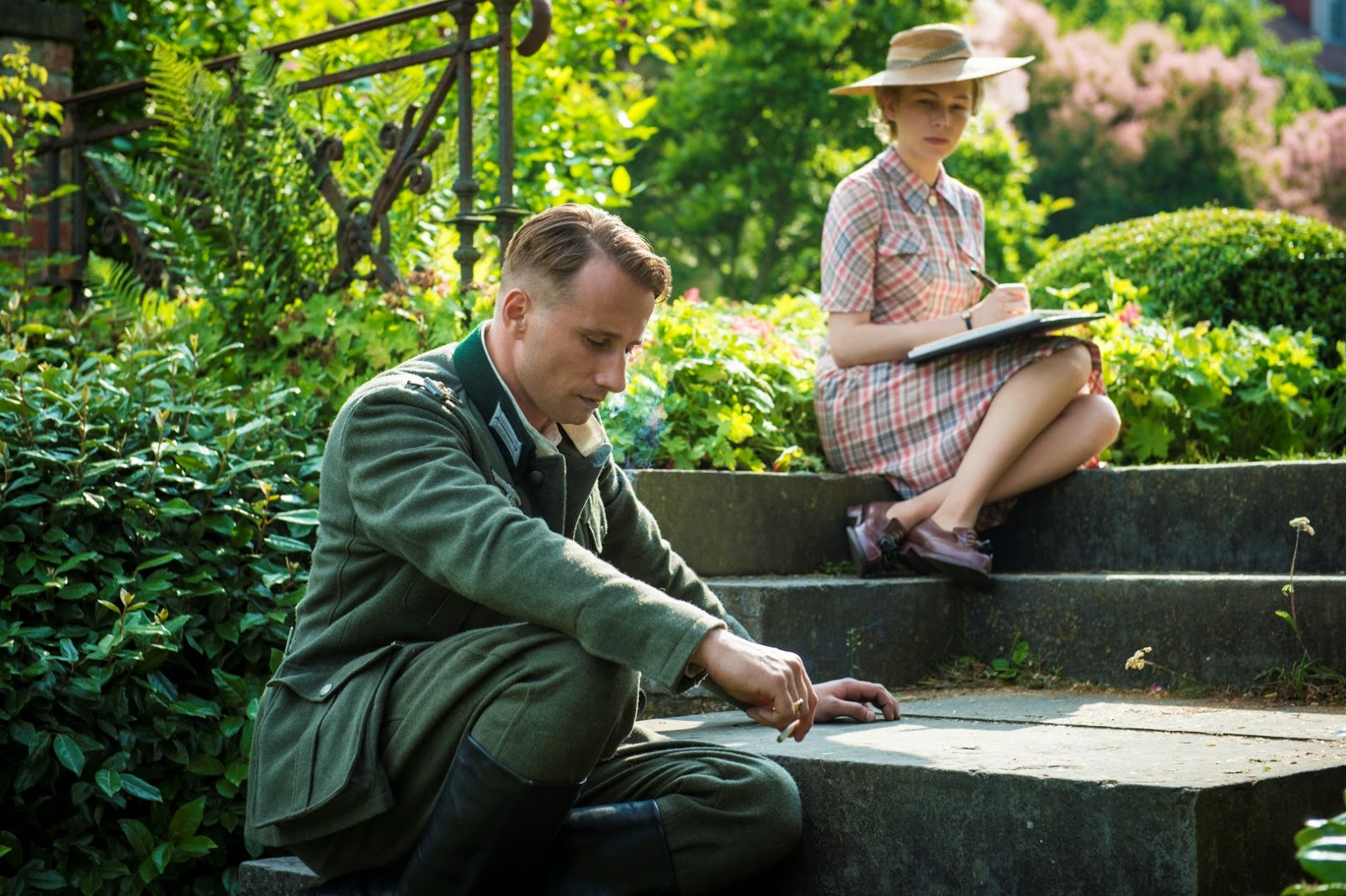 All this happens with no language problems at all. The multilingual Germans speak real German to each other and then French (presumably, voiced in English) to everyone else. Impressive.

It’s mainly a love story but not a very riveting one. Boy invades girl’s village. Boy isn't as horrid as girl first thought. Girl falls in love with boy.

War wise, the opening scenes capture well the chaos that followed the Nazi invasion but the film is only superficially about the struggle to survive the German occupation. Many of the scenes just simply don't ring true as to how things would have actually happened in an occupied town.


Afterwards we visit a deserted Barrel Drop and the Hand and Heart.