Head Down Into The Wind

Today is the day, the Dambuster Duathlon which takes place amid challenging, windy conditions. I am almost fit for it. I feel that if I’d had another week the Achilles might be fully recovered but as it isn’t it’s all about surviving the initial 10k run. So its head down and go into the wind coming off the reservoir.

This is a qualifier for the ITU World Championships and I think this has cut the numbers a touch. Clearly some are not up for it. So this year we have three waves rather than four and they’ve also closed the start times up. Meaning I now start with the oldies and the women start just five minutes behind me rather than twenty minutes last year. I’m going to get overtaken a lot. The first woman passed me on the bike last year, they’ll pass me on the run this time.

I can't even keep pace with the person in the 'fat lad at the back' t-shirt. I hasten to add that although he is indeed a lad, he is neither at the back nor fat. I'm also very surprised you can get those t-shirts in Extra Small.

I safely negotiate the run without further injury and my 48:20 is only slightly slower than last year when I was also protecting an injury. I follow 'fat lad' in to transition but then don't see him for dust on the bike. The bike nicely takes the weight off the Achilles but it’s far from easy given that the first nine miles are always hilly but today are straight into the wind.

At times I thought I was going to start rolling backwards such was the painfully slow progress on those first nine miles in to a strong headwind. It was windy last year but not like this.

Once those initial nine are out of the way the remaining sixteen are much easier and sometimes even wind assisted. 01:34:49 is slightly slower than last year but that was the winds fault.

The final run is a battle, a painful battle, which I know means I won’t be walking normally for a while but 26:30 means I get the job done in 2:52:37. I think I enjoyed that.

A corking 280th place. I have earned the t-shirt, the pint of alcohol free lager and the massive flapjack thing that you could feed a family of five for a week on.

We head home, then I get the bus to the match where Derby annihilate Birmingham, scoring twice and not allowing them a single shot on goal in the entire ninety minutes. Unfortunately they then allow them two in the six minutes of injury time, one a penalty, and it finishes 2-2. Points thrown away again.

Afterwards I attempt to meet L in Barrel Drop but it is too full, we limp off to the Crafty Crow instead. Then to Broadway for food and a film.

Still Alice is based on Lisa Genova's 2007 novel and it tells the story of Dr Alice Howland (Julianne Moore), a linguistics professor at Columbia University who is diagnosed with early on-set Alzheimer's disease at the age of just 50.

When Alice starts to forget certain words, she meets with her doctor and is given the terrible news. Gaining such detailed knowledge of your eventual demise can’t be much fun.

The film deals with things mostly from Alice’s point of view. At first, she tries to carry on as normal but she is soon released from her teaching job. While she still can, she gives a speech on Alzheimer following the words with a highlighter. She also leaves a video for herself with instructions on how to take her own life when things get really bad. 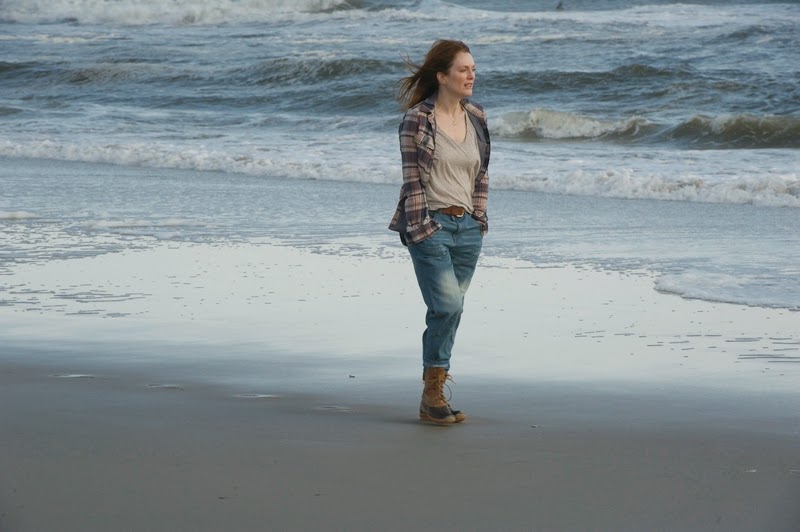 Soon though her disease progresses, she gets lost whilst jogging and is unable to remember where the bathroom is. Executing her suicide plan also doesn’t work out, in what is probably the film’s best scene.

If Alice mostly gets on with her life, then so do her family. While hysteria would not have been welcome, it’s all a bit too deadpan at times. 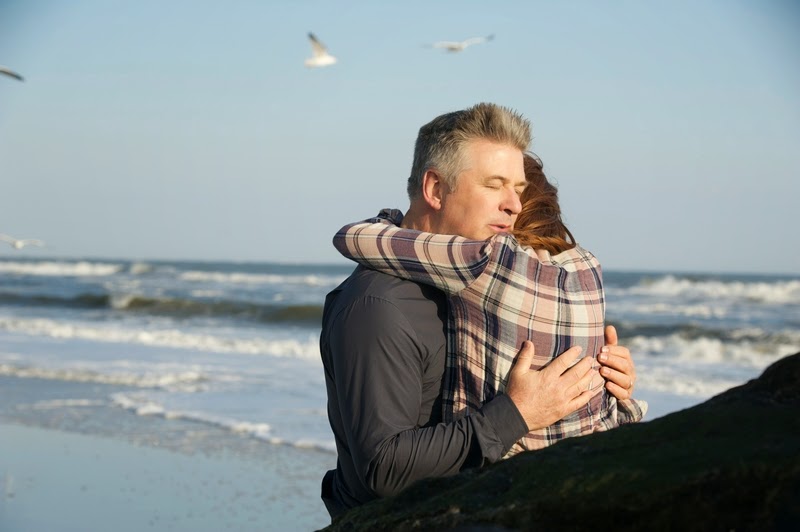 For her husband (Alec Baldwin), Alice’s diagnosis comes at a time when he is pursuing a plum new job in Minnesota. He doesn’t seem the loving type anyway but her diagnosis doesn’t seem to soften him much and he spends little time with his ill wife. 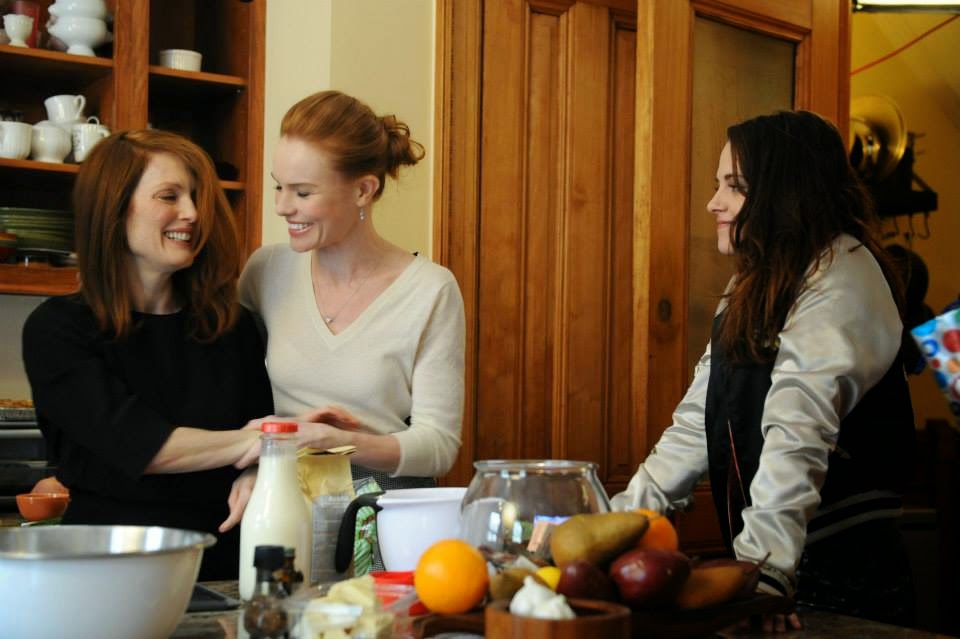 Their three grown up children, more understandably, also get on with their own lives even when finding out that the disease is of a rare, hereditary kind. Her eldest, the tightly-wound and pregnant Anna (Kate Bosworth) finds she has the gene but their son doesn’t. Their youngest daughter, the slightly wayward Lydia (Kristen Stewart), doesn’t want to know. Alice is not happy that Lydia is putting acting ahead of a college education. Yet it is this wayward daughter who eventually volunteers to take care of her. 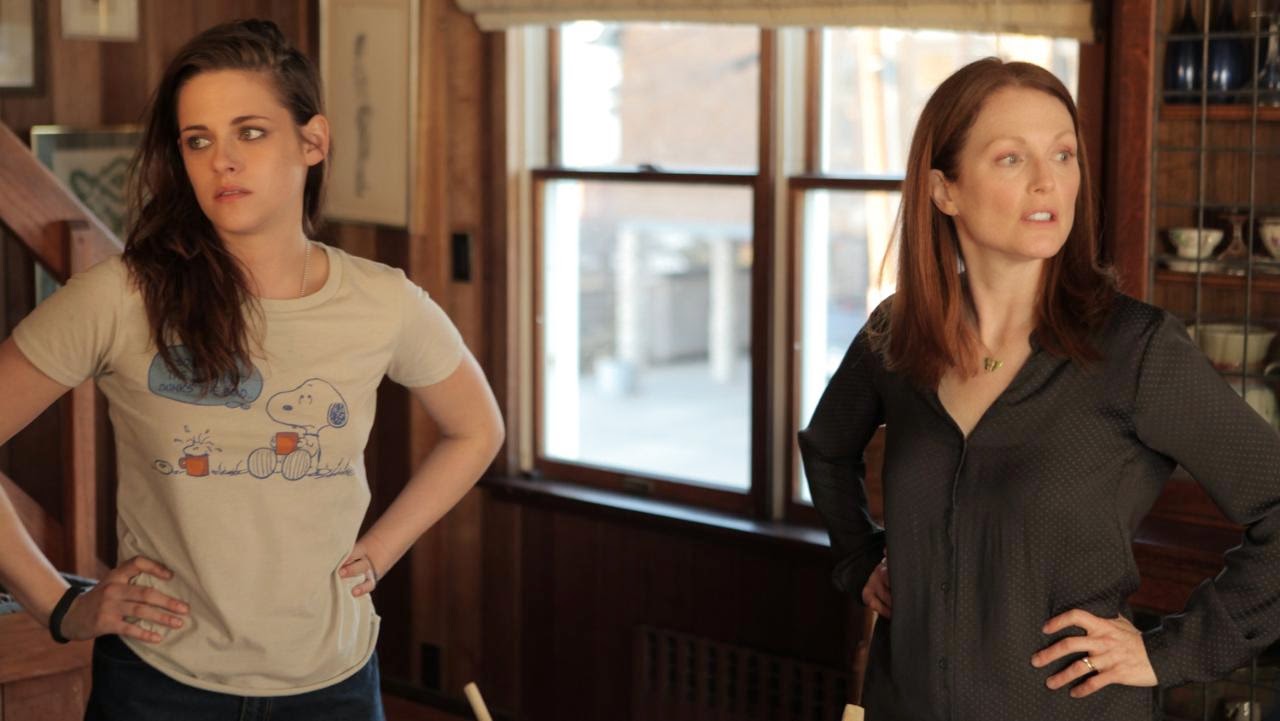 The film is Oscar bait for sure and Moore did win. She is excellent as are many of the cast but the film itself is a little underwhelming.