King Of The Mountains


L’s sister is in Nottingham for the Uni Open Day so L meets her for lunch at Lakeside, well more like brunch really or in fact just coffee. They are strong and resist cake for at least five minutes.

Either her sister is skipping the provided University lunch or they’re not getting one. Personally I felt the quality of the lunch (or lack of it) along with the selection of biscuits was a vital factor in Uni selection. They had very good biscuits at Sheffield, I felt that that swung it. 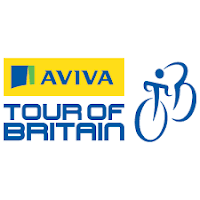 I am off work today for the Tour of Britain cycling and after meeting the man who comes to check the new rendering is still on the walls etc, I head up into Derbyshire to watch the race. I end up in the middle of nowhere at the top of Beeley Moor KOM climb. It’s just the dogs and me, about 1000 others and three ice cream vans. I would be surprised is there isn't also a burger van lurking somewhere.

We see the leaders through and then wait an age for the main field, who have clearly given up on the day and are over 20 minutes back. Waiting for this inconsiderate bunch makes it a huge rush to get back to Nottingham to see the race a second time.

I eventually make it back to Wollaton Vale, which is mad, packed. If they're all here expecting an entourage of cars and lorries throwing bags of oven chips and the like as they did for the Tour de France I fear they may all be disappointed. If they're here to see Cav they'll also be disappointed, he fell off and quit this morning.


I’m in just enough time to grab a pint from the Hemlock Stone before the race arrives. L has headed to the finish at Forest Rec on the tram where she has a big screen but I have a pint of Caledonian Autumn Red. The Hemlock Stone itself seem oblivious to the huge crowds outside and are really missing several tricks e.g. income streams.

The race comes through, we wave and bark but the buggers still went the other side of the roundabout. We hang around to see the stragglers (again), now over 30 minutes back, and give Bradley a wave along with a chorus of 'hurry up you lazy b******' or words to that effect.

Then we head to the Borlase to meet L for a Tuck.

Watching the highlights on the TV later, the boys and I are on twice. That is if you're eagle-eyed and a whiz with the pause button.