This morning Forest Rec parkrun, where we (the boys and I) watch and chuck. Then I stand over Doggo to make sure he eats, real food, and to make sure he doesn’t have room for any plastic snacks later.

Derby have an early 12:30 kick off against local rival Notts Forest and surprisingly win 1-0.

After the game I go for a gentle 5k run with MD that he isn’t at all keen to go on and he drags his paws all the way around. So we dump him (and Doggo), then after some pasta head out to Broadway.

Ben Wheatley's High-Rise is based on the 1975 novel of the same name by J.G. Ballard and it is set when Ballard wrote it, in the mid-70s.

Robert Laing (Tom Hiddleston) is a young doctor attracted to the lifestyle in a new 'modern' high-rise. The tower block is a self-sustaining society created by esteemed architect Anthony Royal (Jeremy Irons) and has everything you could possibly need within its walls. The building has its own shopping market, school, gym, swimming pool etc etc. There is so much included that you would never need to leave and people don't. The only thing missing is perhaps its own police force which, with hindsight, turns out to be a rather large oversight. 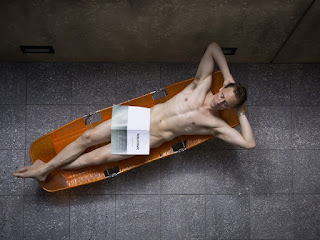 Laing lives on the upper-middle 25th floor where he soon starts to meet some of the other residents. While sunning himself naked on his balcony (as you do), his upstairs neighbour Charlotte (Sienna Miller), who is also Royal's aide, is very keen to introduce herself. 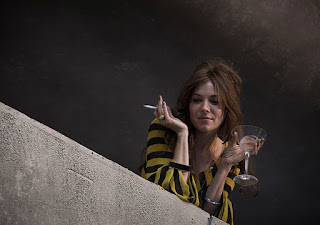 Meanwhile there are a few teething problems with the building. Lifts get stuck, rubbish chutes clog up and there are power outages which only affect the bottom of the building which further upsets the already uneasy peace.

Laing meets Richard Wilder (Luke Evans) and his wife Helen (Elisabeth Moss), Wilder takes it upon himself to make a film exposing the class injustices in the building. Wilder turns out to be a violent man who starts out killing dogs before moving on to people as life in the high-rise quickly begins to degenerate. 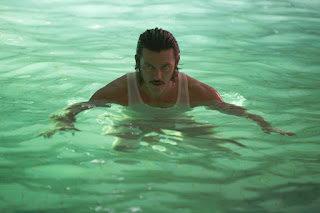 A patient of Laing’s called Munrow (Augustus Prew), who is told by Laing that he has found ‘something’ in his brain, falls off the high rise in a seemingly drunken escapade. Royal meanwhile seems uninterested as his creation crumbles around him. 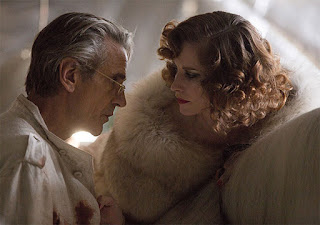 Of course you could ask why the residents don’t simply leave instead of sinking into a life of theft, murder, eating dog, 24 hour orgies\rapes and one of the most gruesome pool parties ever seen. Indeed. I suppose a decently priced flat in London was hard to get even in the 70s.

For Laing I suppose his popularity with the ladies helps. He gets with Charlotte first before working his way through many of the female residents until finally gets with Wilder’s Helen who abandons her own children for a tryst with him which does nothing for his already haphazard decorating. 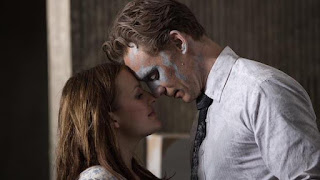 When we are occasionally shown outside the building, the desolate 70s vision that is painted makes the high-rise seem like a haven or is it just a microcosm of society in the 70's that is probably still relevant today. The residents feel trapped not only in the building but also trapped to their individual floors, as their class situation won't allow them to ascend. The only solution, as they see it, is to bring civilisation down and with it the social class structure.

High-Rise is either a brilliant satire on the social classes or incoherent nonsense. You choose. I rather liked it.