Why Settle For Anything Less?

Squash is off again for the fifth week running, apparently he’s now hurt his elbow.

I’m on the bus today and absolutely knackered, after L wiped the floor with me last night. Perhaps it’s a good job there is no squash tonight and an extra Friday night is mooted as a replacement. Every cloud has a silver lining. 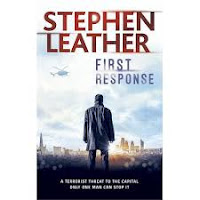 I go to the gym post-work accompanied by my current audio book, First Response by Stephen Leather, which is proving to be quite good. I’m progressing slowly through it at about an hour a week. I am not anywhere near as prolific as L who’s currently listening to something cheesy and full of ‘electric’ sex which she doesn’t seem happy about. The sex that is not the book. Can’t see why, I would hope that everyone has electric sex. Why settle for anything less?

My gym session is delayed as I have to repair the Watt Bike before I can use it, putting the correct seat on it and swapping the screen with another one because it’s locked up.  This means I miss the 6:30 bus home and then the 6.45 doesn’t turn up. Well the bus does but the driver doesn’t. Apparently even though the Red Arrow bus itself no longer goes to Chesterfield its drivers still do as they also drive the Comet service that now serves Chesterfield. So if a driver gets stuck in traffic like tonight it still impacts on the Red Arrow.

We are given a freebie trip to compensate but it’s not what you want when you’re eager to get home to find out if it’s still Friday and whether it’s going to be electric.